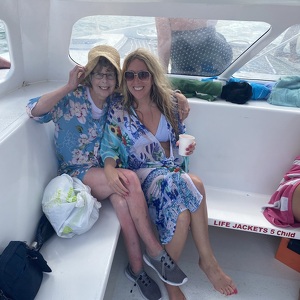 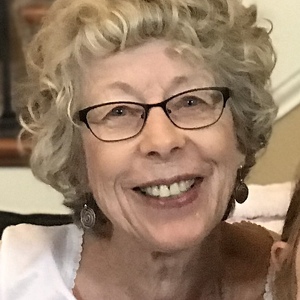 Sandra “Sandy” Marie Muirhead-Gould passed away Saturday, August 27, 2022, at 10:20am, in the comfort of her northern Kentucky home with her daughter and caretaker by her side. She was surrounded by family both before and after her passing, where her children read her letters and shared pictures and memories, and her grandchildren sorted through treasures, laughed, and filled her condo with joy. In the company of Sara and John, Sandy was also able to listen to a recording of her late husband’s cheerful voice before she passed.

Sandy was born December 8th, 1947, in Washington DC. She was educated at Kent State University where she earned a B.S. in Education and an M.A. in English. She was preceded in death by her parents, Paul and Joyce Theken and her husband of 26 years, James Muirhead-Gould. She will be deeply missed by her children John (Christina) Muirhead-Gould of Lewis Center, Ohio, grandchildren Evan, Grace, and Weston Muirhead-Gould and Sara (Michael) Fay of Hebron, Kentucky, grandchildren Emmett and Lucy, companion Byron Berger, and her extended family and many friends. She is survived by two brothers, Mark Theken of Hilton Head, South Carolina and Paul Theken of Wilmington, North Carolina. Sandy was an adjunct professor of English at Kent State University and Walsh University, and later worked in the Adult Literacy Program at Canton Ohio City Schools. Sandy was an avid birdwatcher and a member of Canton Audubon Society, Stark Community Toastmasters, Hall of Fame Toastmasters, and Stark State Toastmasters. A special project she held dear to her heart was the Youth Leadership Program she developed at Indian River Correctional Facility. She was dedicated to her children and grandchildren and enjoyed reading, traveling, and ballroom dancing. In her final few years in Kentucky, she became an active member of First Church of Christ, tutored children and adults, with a focus on tutoring students learning English as a Second Language, enjoyed playing euchre with friends, participated in many cancer support groups and activities, founded Secret Sandy for radiation patients, traveled, and created many memories with family, grandchildren, and friends.