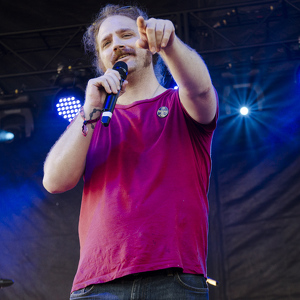 Join Boys & Girls Clubs of Kentuckiana - GO Over The Edge!

I am not a thrill seeker or adrenaline junkie by any means, nor have I ever rappelled anything in my life, much less a 16 story building, but if this is the way I can do my part to help a great organization such as the Boys and Girls Club of Kentuckiana, than how could I say no?

Growing up downtown in the 1980s was a unique experience for me. It was a very different landscape than it is now. Of the few families that lived there, most were working class just trying to survive. We were lucky enough to have the East End Boys and Girls Club in my neighborhood, as well as the Wesley House that had been working in Butchertown for over 100 years. Both offered services and programs for children and families of the Butchertown and East Downtown (now referred to as NuLu) neighborhoods.

Both the East End Boys and Girls Club and the Wesley House closed it's operations in Butchertown as the area became gentrified and the working families were pushed further south. Both organizations have since opened new locations in South Louisville to help accommodate the dispersed community.

Not only are organizations like these necessary for working communities, but it is also a way to understand what is happening to the hard working families in our community.

I think it is a normal reaction to see the transformation of neighborhoods like Butchertown, Nulu, and Old Louisville and the plethora of new restaurants, Bars, and shops and believe it is a positive change for the city. Unfortunately without proper social and government programs, as well as a properly informed public, there are massive negative repercussions that fall unfairly on Louisville's working classes.  Areas like Portland (and Butchertown a decade ago), had very low property values that are very enticing for property speculators hoping to double or triple their investments. Unfortunately most working class families in these areas are renters despite being in the neighborhood for decades or generations. Areas are targeted due to their proximity to downtown or the river and become gentrified pushing the original population further away from the city center. This means an unfair burden to these families with longer commutes, higher rents, less work opportunities, as well as isolation and a severance to their schools, communities, churches, and ancestral roots.

Community Organizations like the Boys and Girls Club have the opportunity to enrich, strengthen, and educate neighborhoods that are at risk to the extremely harmful effects of gentrification, hopefully preventing more families from being marginalized by the population boom that Louisville is now facing.  We can only survive by working as a community, and I believe the Boys and Girls Club helps provide this.