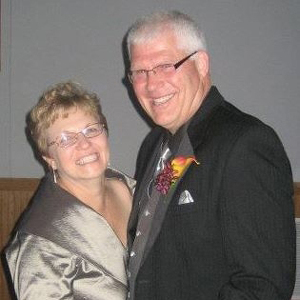 In Memory of Davey L. Kock

A "One in a Million" Fundraiser NOW THROUGH DAVEY'S BIRTHDAY November 16, 2019

Davey L. Kock died of CJD on September 25, 2012, four months after his first symptoms appeared and just 12 days after his diagnosis. He was a wonderful son, husband, dad, coach, cattleman, businessman, and friend. Since that time, his family and friends have raised over $100,000 for research, awareness and support programs through the CJD Foundation and the National Prion Disease Patholgical Surveillance Center. We are not holding a fundraising event this year but instead are holding a "No Fundraiser Fundraiser" with two goals in mind.

First, a fundraiser is once again being held in his memory to support a sponsorship for this year's nationwide "Strides for CJD" event and, secondly, we'll continue working on another $10,000 research grant -- pushing the thermometer at right to that level as soon as possible.

Friends and family members are invited and encouraged to donate any time between now and Davey's birthday in November. However, with any donation of at least $25 made before August 31, donors can indicate a t-shirt size and receive a "Strides for CJD" shirt including our "One in a Million - Friends and Family of Davey L. Kock, Westside, Iowa" logo on the back. Donations of any size are welcome either through this site, to P.O. Box 183, Westside, IA 51467, or in person at The Observer office in Westside.

Please donate now! Let's stop CJD in its tracks. THIS YEAR IS THE YEAR!!!