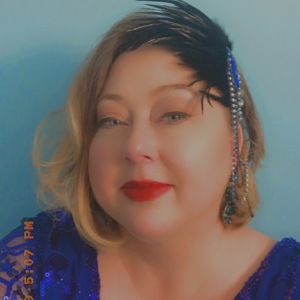 Behind the Mask - a Fundraiser for Trusted Mentors   ○   Second Chance Heroes

Trusted Mentors recruits and trains volunteer mentors then matches those volunteers with individuals who are at risk of homelessness, youth aging out of foster care and justice-involved persons navigating re-entry after incarceration.

I didn’t go to college right out of high school as I was going to “take the year off and do my own thing”. I was literally wasting my life away.  A friend of a friend came to my house, sat me down in front of my parents and told me that I was too smart and had way too much potential to waste. He insisted that I go to college so he paid for my first semester of school – tuition and books! He even went so far as to take me to school every day the first week to make sure I went. Eventually I earned degrees in Business Administration and Theology with a minor in Paralegal Studies.  I was excited to graduate with honors but before graduation day came, my friend was murdered. Out of grief, I opted out of walking across the stage to receive my diploma because he wasn’t going to be there to see it. In my mind, there was no cause for celebration.

Three months passed and I was scheduled to serve at a chapel service with my pastor at the local jail one Sunday evening.  To my surprise, my friend's murderer was ON THE FRONT ROW, attending chapel service.  I was angry. I was furious! "How dare he sit there - in jail?!" (Silly, I know. Hurt and anger are not rational) I tried to refuse to serve but my pastor wouldn’t have it – he made me serve anyway. That day I learned that service to others is not about me.  During that hour I watched the man that I held such anger and hurt against.  Do you know what I saw?  I saw the MAN – not what he had done.   I saw the MAN – the broken, angry, scared, MAN. A father. A son. A brother. A nephew. A grandson. I prayed with him that evening. It was the hardest thing I had ever done at that point in my life.  I didn’t tell him my story then but the chaplain apparently told him some time later and a few weeks later we briefly wrote back and forth and I told him my story. He told me he made a mistake that will now affect him and his family for the rest of his life. He told me he reacted in the heat of the moment and out of fear/panic. He asked me not to let what he did destroy the good that my friend started in me. He asked me to do something to help others – whatever that may be.

People ask me why I decided to become a volunteer mentor – this is why. I do it to carry on the legacy of someone who believed in me more than I believed in myself.  I do it to lift up and help someone who is struggling to rebuild their life after a mistake, addiction, tragedy or catastrophic loss. I have learned that we can overcome life shattering tragedies when we have the support of a good and trusted friend.  I joined the board of Trusted Mentors for the same reason I became a mentor.

I truly believe in changing our world – one person at a time. Will you join me in raising money to recruit and train volunteer mentors?  There are many ways you can help:

- Join my team to bike, bounce, boogie, or whatever fun activity you want to do to raise money for this amazing organization.

- Complete an application to become a volunteer mentor