Here are just a few highlights of the incredible patients and their families who are impacted by donations to the Help Our Kids Radiothon!

Mateo was a normal 12-year-old healthy and happy boy.  One day after a karate class, he complained about chest pain and was rushed to the ER at Nemours/Alfred I. duPont Hospital for Children. The next day it was confirmed that Mateo had Leukemia. He started chemotherapy treatment that same day, after further evaluation, Mateo was officially diagnosed with Acute Lymphoblastic Leukemia - High Risk T- Cell.  Mateo went through very aggressive chemotherapy treatments, blood transfusions and platelets transfusions for the first 9 months. Today, Mateo is in remission and currently undergoing chemotherapy treatment until January, 2021. Despite missing all of his 7th grade school year, Mateo is currently attending 8th grade and will graduate with his classmates he was with since first grade!  Mateo's love for music and playing the guitar stemmed from his experience with Child Life and the Music Therapy program.  He can play some incredible classic rock tunes with ease!  Mateo was recently accepted to go to Salesianum High School this fall and cannot wait to attend. 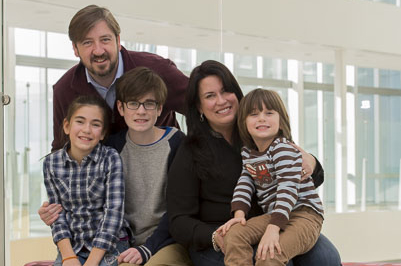 Meet Ronan, who served as the Patient Ambassador at the 2018 Help Our Kids Radiothon. Ronan suffered a traumatic brain injury during the summer of 2016 when he was hit in the head with a bocce ball while on the beach with his family.  After nearly losing his life several times due to cardiac arrest and a brain aneurysm, Ronan was put on ECMO life-support by the doctors at Nemours/Alfred I. duPont Hospital for Children.  After making a miraculous recovery, Ronan underwent extensive physical, occupational and speech therapy to try to regain his motor functions, including the ability to walk.  Today, Ronan is attending high school, working on rebuilding his short-term memory and making incredible steps towards recovery! He continues to support children affected by traumatic brain injury through his foundation, Project GreenHeart. 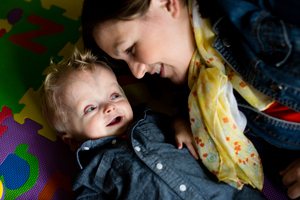 Isaiah was diagnosed with Osteogenesis imperfecta (OI) or “brittle bone disease” when he was still in utero. His legs were bowed, his arms were short, and he had multiple bone fractures. Even when another hospital recommended she terminate the pregnancy, Isaiah’s mother, Vicky, refused to believe her baby was going to die.  She had Isaiah transferred to Nemours/Alfred I. duPont Hospital for Children three days after he was born. At the time, Isaiah’s bones were so fragile that Vicky had to carry him around on a special pillow. Nemours gave him treatment to strengthen his bones, a gradual, but successful process, and he received physical therapy.  Although he faces some unique challenges, you wouldn’t know that by looking at his smile, which is often the brightest in the room.  Isaiah shined as he held the title as Patient Ambassador for the 2016 Radiothon. 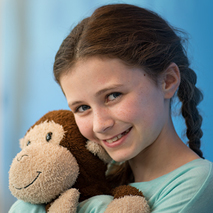 In 2017, the Help Our Kids Radiothon patient ambassador was Parker. Parker wasn’t feeling well in December 2014. Her doctor thought she had a virus, so her parents were treating the symptoms, giving her Tylenol and Motrin. On December 20th, 2014 doctors discovered that Parker’s right lung had partially collapsed. She had MRSA pneumonia in both lungs, as well as the rhinovirus. Nemours doctors immediately operated drained fluid from her lungs and inserted a chest tube. The second day, her left lung collapsed. She had the same surgery on that side. “It’s like a guardian angel was watching over us. I could not believe how wonderful everyone was. They saved her life,” her mom, Leigh, said. Ultimately, Parker was in the hospital for three weeks. Today, Parker is doing well - - running and jumping and playing on the monkey bars again. Her parents are so grateful for the care she received.