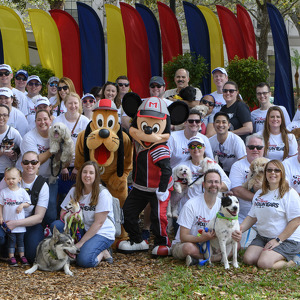 Her Name is Winnie The Poor

A friend and I went out one day on our day off. When we were strolling down the city centre in Christchurch we came across someone from SPCA who told us they recently brought in some dogs and cats that are either homeless or mistreated and told us if we would like to see them and learn more about their story please visit their store.

Having nothing else to do on our day off we decided to go there and see. We saw many animals and learned their sad stories but one of the pets their story was just too tragic and it hit us deep.

A young cat perhaps less than three years old looked very similar to a maine coon but was kind of yellow. She was terrified and she cowered for a long time. She seem to be very terrified of people and she didn't seem to eat much either.

My friend and I were baffled why she displayed this kind of behaviour until they explained that her two previous owner would abuse her. One would lock this cat up and not feed her anything and if she makes a sound the previous owner would kick it which was terrifying to hear.

After rescuing this poor adorable cat, SPCA has attempted to feed this cat and a note was posted to watch her intake and output but eventually it was noticed that this cat was not eating and was becoming jaundiced so she was immediatetly sent to the vet because when cats stop eating, their body send fat to the liver, when the fat is stored in the liver rather than being utilized, it causes liver failure and other severe symptoms.

Some visible symptoms of a jaundiced cat will display alteration to their body parts turning from pink or white to a slightly yellow colour. For a maine coon it's pretty hard to see but eventually workers noticed that the little cat was yellow around the ears and lips even though she still seemed robust and purred sometimes.

She was given intravenous medications and was coaxed to eat but the food would be brought it back up.

My friend and I decided we will take in this cat and care for her together since we live in the same flat. We named her Winnie, mostly it was my friend who came up with her name as I was going to call her Tangle due to her complicated life situation but after some intense discussion this name might be too much for her so we end up naming her something cute like Winnie cause she believe this cat is adorable and innocent similar to Winnie the Pooh which is also one of her favourite Disney character.

For couple of days it was really hard to get the cat to adapt to her surrounding let along to eat. But slowly after a month has passed we can see this adorable cat started to change and become friendly and active. She would greet anyone who came around the flat and she beamed with pleasure if she got some attention from them.

But after a few weeks of serenity, it later turned from a pleasant time to a unforgetable time filled with sorrow and despair. Suddenly Winnie became listless and quiet, she also did not stand up and meow when someone came around.

We have been giving Winnie regular check up at the vet but they always say she is stablised and should be fine until it was found out later that the disease had advanced too far for her that the damage cannot be remedied and that the only thing they had been attempting to do was to stabilise Winnie's health condition.

Hence, there was nothing more could be done. There was no alternatives method to aid her but to put her down. She had become one of our own irreplacible friend and family, still the vet gave the final injection as a we stood by Winnie's side watching her being stroked and her head being cradled by one of the assistance. This was Winnie's final moment.

Everyday homeless pets and abused ones meets a tragic ends. The number of these victimised pets stacked up to as many as a thousands. Still this kind of tragedy, we as a society must accept because the sheer numbers make it seem inevitable.

But this cute adorable cat’s death saddened us because she had tried so hard to be noticed to change and giving herself a second chance to live again like every one of us human being. From memory, Winnie was only two and a half years old.

She was just a plain maine coon cat before she became jaundiced who only wants to be loved and asks nothing but a little attention from everyone she meet and greet. Some people who she meet gave her a pat and a stroke but most people didn’t and this is Winnie's story.

The name is Ian and I'm new to this event it's my first time hearing about this event cause I'm not from US. I'm just a tourist here on a disney college program but knowing there is event that can educates and create more caring communities by promoting shelters and places to heal pets and their families to the highest professional standards I'm so delighted and have decided to be part of Disney Dog team and help raise funds and mostly awarness for these pet's welfare.

Because Winnie was one of the many pet whose faith and hope died long before her body gave out. The cause of this tragedy was the betrayal of her trust from the previous owners who she sought was her family and friend but the tragedy is that nobody wanted to recipricate her love or even wants her love to begin with.

Winnie was born into a world where many pets like her have no value just an asset that one can disregard and dispose of, when one sees fit, but the most tragic part of her story is the unfortunate event continued when she depended on a home but the home she sought out twice was nothing but a nightmare like Cinderalla's Château. It was gone for her before she was half a year away turning three years old.

This kind of story I listened from people to people when I was young didn't really saddened me too much because it never happend to me but this time it's different cause here I am once again I'm actually witnessing and being part of something like Winnie's struggle and pain. It made me realised how painful it was for those people who told me their tragic pet stories as well as too many pets whose love is not returned.

Hopefully through this amazing event along with my team Disney Dog but mostly Winnie's story, will help save many pets. If not, saving one other pet is better than nothing.

Just like my grandpa always said if you only get 1% of the deal and the other person gets 99%. You should always take it because 1% is better than nothing.