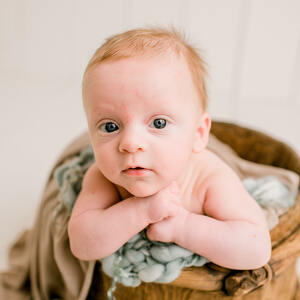 My story, why raise awareness?

Early that morning at just 34 weeks six days gestation, my water broke.  Robert and I quickly packed a bag and headed to the hospital. The five minute drive felt more like five hours as we anxiously shared our excitement, fears and all knowing google searches.  What could have prompted this early arrival?

Upon our admittance to labor and delivery we met our labor and delivery nurse, Shawnie.  Conversations about birth plans and epidural quickly came to the surface.  As she began an IV of pitocin she talked me through getting an epidural and how an anesthesiologist would come within the hour to administer an epidural.  No more than 15 minutes passed, as we continued learning about the birthing process, when an anesthesiologist arrived.

As he entered the room, he greeted me asking if I had ordered and epidural. Before I could offer a response he turned to Shawnie and asked is that pitocin?  Informing her to remove it immediately as I was not to be admistered any elective medications.  Next, he turned his attention back to me and explained I was experiencing HELLP syndrome.  He asked if I was familiar with HELLP.

With a sinking stomach and a head full of doubt I responded that I had heard of HELLP syndrome.  The story of HELLP syndrome that I was most familiar with was one with a tragic ending.  Entering a tailspin of emotions I immediately understood my life as well as the life of my sweet boy were in imminate danger.

It was explained to me that my platlet levels were too low to be considered for an epidural or a cesarean section, the best option for success for both myself and Oliver was a natural delivery.  He further explained the risks I was facing, that the function of my kidneys and liver were compromised.  My red blood cell count was lower than they like to see.  All the while, the angel in scrubs to my right, Shawnie, kept a brave face and encouraged me one step at a time.

Over the course of my delivery, I asked mulitple times if I would die that day.  Greeted by a politically correct answer from the mouths of each health care professional I encountered, "that's not our plan today."  With each time I heard these words I worried further.

Never before did I think I wanted to die.  Now, I KNEW I DID NOT WANT TO DIE.  Thoughts of fear, bargaining and willpower fled my mind. I longed deeply to see the face of my son.  What would happen to Robert?  I learned that day, I have to live each day intentionally.

With a team of educated health care professionals, an OBGYN that made me believe I was equipped to survive and a labor and delivery nurse/angel/Shawnie that coached me and never let on what fear she too was facing as she watched me kiss death before her eyes; I delivered a healthy 5lb 2oz miracle boy.

Tonight as I held my five month old boy, kissed his cheeks, looked into his big blue eyes, smelled the sweetest smell of his skin and finally laid him gently in his crib... I remember that not everyone has this happy ending.  I have to help raise awareness for these pregnancy conditions because we survived.  I live and get to experience what is undeniably the greatest love of all- because, someone before me cared enough to research, educate and innovate.  I will raise awareness for more happy endings.