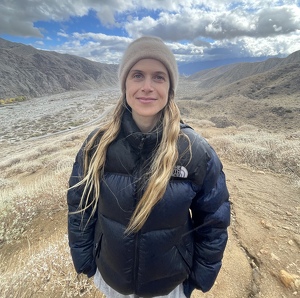 This summer, I'm trekking through the Rocky Mountains to raise awareness and funds for MPN research.

In the summer of 2017, after experiencing a solid month of fatigue, my father learned that his Polycythemia Vera— a  treatable blood cancer that he'd been managing with medication for twenty years — had converted to leukemia. Overnight, he moved to Manhattan to begin chemotherapy in preparation for a bone marrow transplant. Four months later, he was dead.

My father was the founder of the MPN Research Foundation —  a nonprofit dedicated to advancing blood cancer research in search of a cure. He had access to the best doctors and hematologists in the world, and still he died too young, too fast, too painfully.

My dad was a force. He played basketball with people thirty years his junior. His favorite snack was chopped onions and anchovies. He wore blue Converse from 1985. He loved Jim Harrison, Bob Dylan and Beethoven. He was quick-witted and weird and kind of looked like Don Draper when he was younger. My dad was my mentor, my business partner, grandpa to my two younger daughters and my very good friend. I miss him every minute.

This August, I'll be joining forces with Cure to hike the Canadian Rockies with like-minded people who've lost loved ones to blood cancer, and to raise money to fund medical research focused on finding a cure for the disease that killed my dad.

I'd be so honored if you could join me on my journey by donating whatever you can — my goal is to raise  $5000 in the next three weeks!! — every little bit helps. My dad, wherever he may be, would be psyched too. He was a real outdoorsman himself, a former Boy Scout whose favorite family trip was a six day rafting excursion down the Lewis and Clark River we took in 1997.  The last lucid day of his life we talked about his wanting to walk in the woods. He called my mom and told her how happy he was that he could see the East River from his hospital bed.

A video we made about my Dad and the MPN Research Foundation here.

A piece I wrote after he died here.

Lots of light, lots of love. Thank you so much for your generosity.