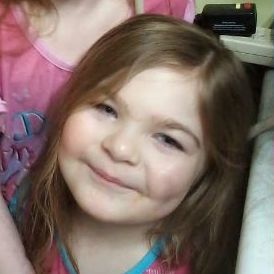 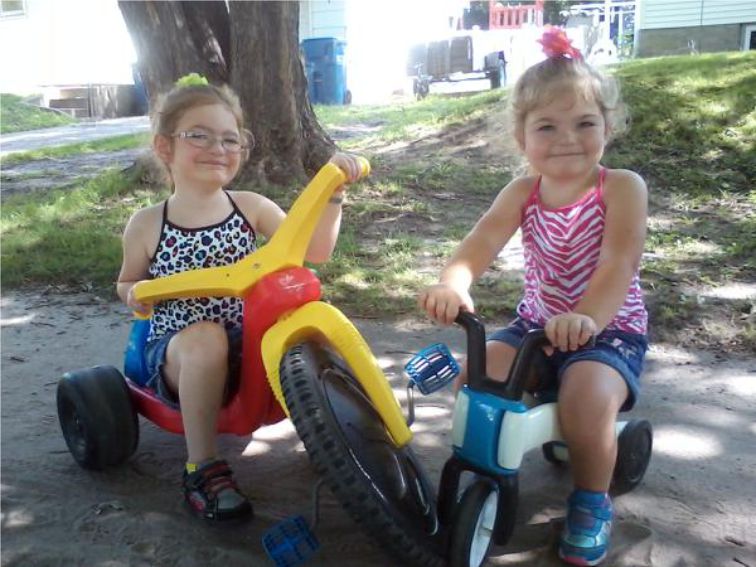 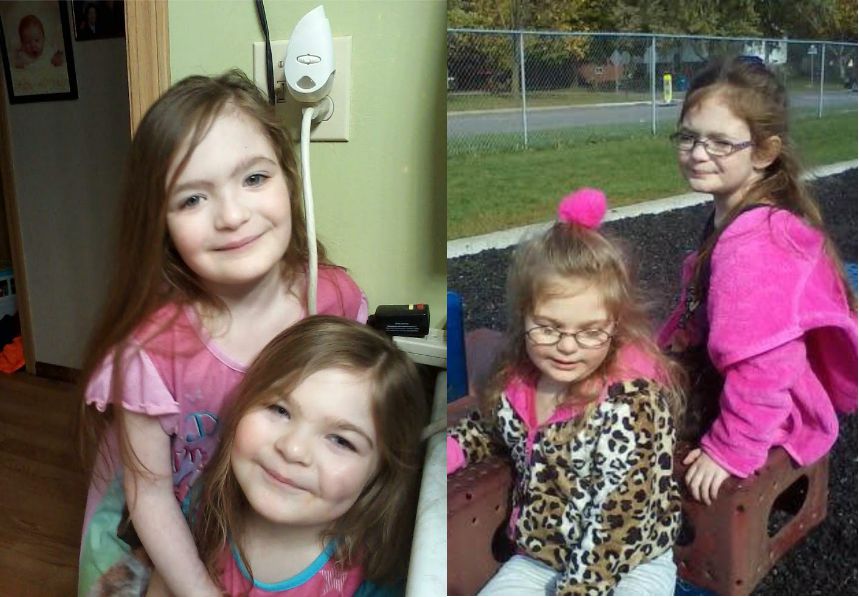 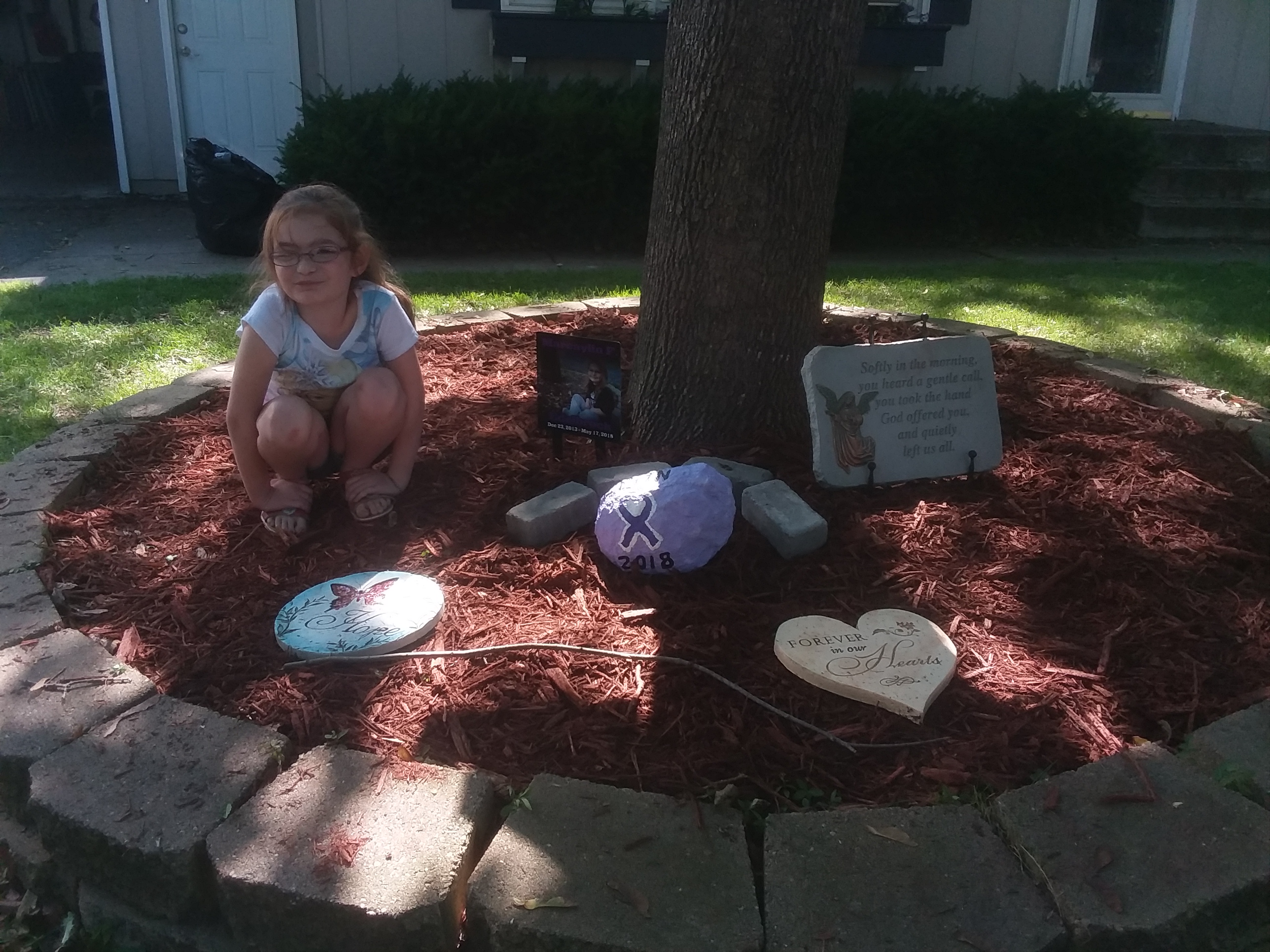 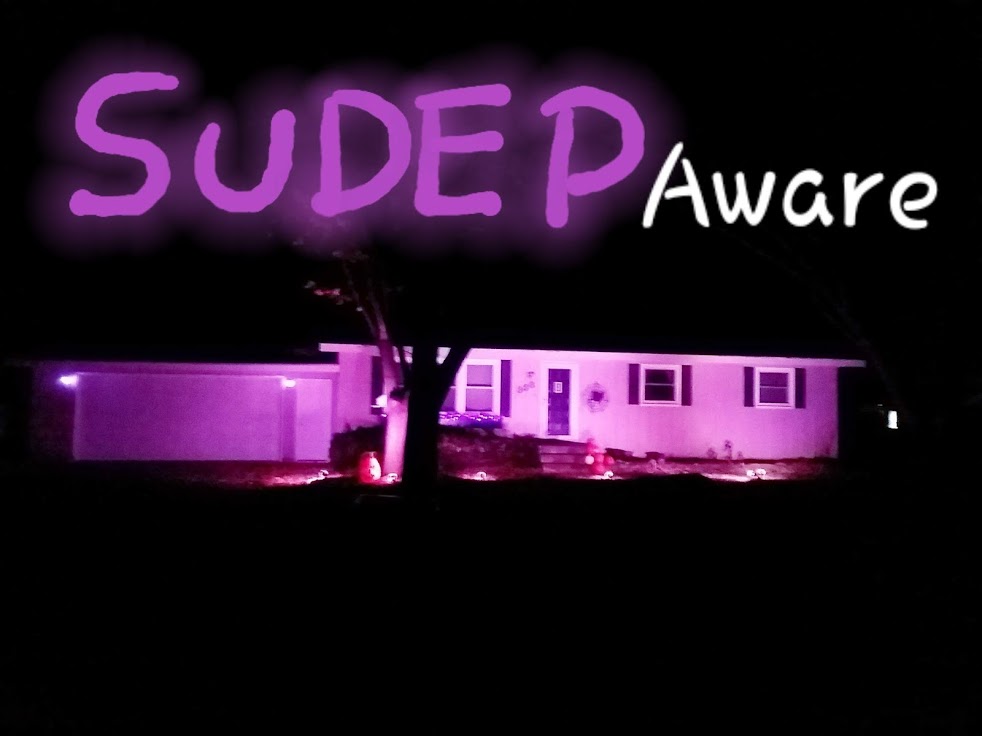 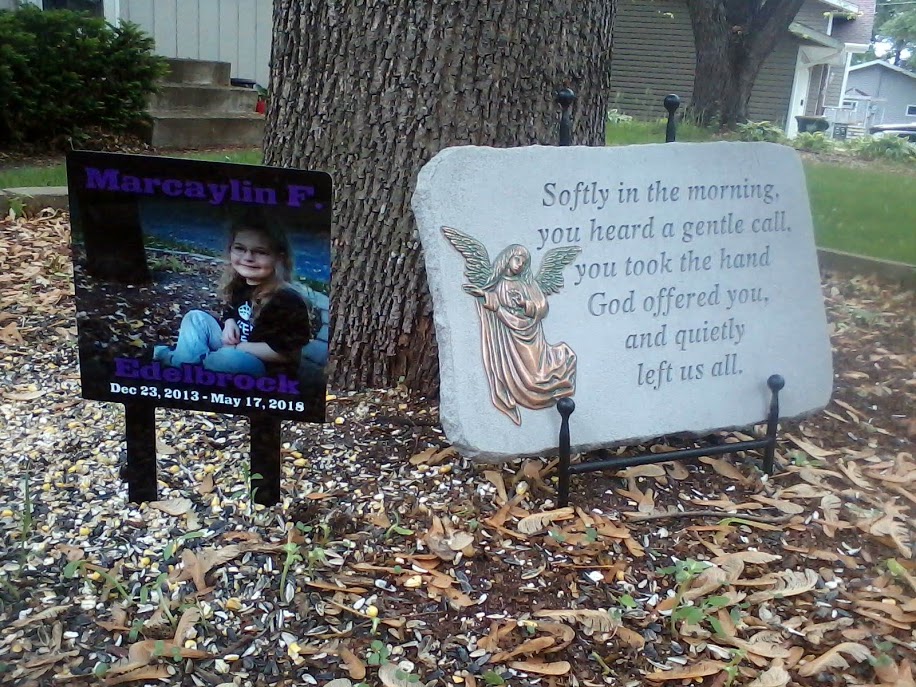 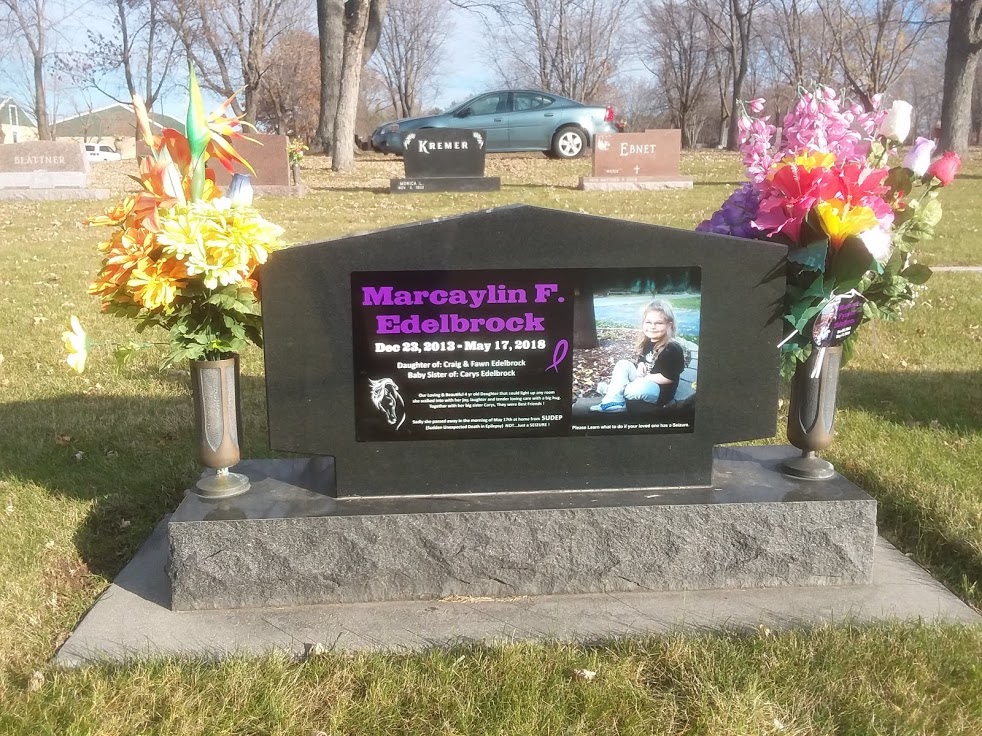 Team Marcayin's Memory raises awareness for not only Epilepsy in General but more tragically SUDEP.
SUDEP is what took our baby girl away from us last year.

Marcaylin was a fun loving, playful, always smiling and happy little girl. She loved playing with her big sissy Carys and her baby puppy Kiss. She also loved to ride her new Equestrian Friend Arrozi (who was a very gentle Arabian horse. We know that those two are still together playing up in heaven as Arozzi passed away in December 2018.

Marcaylin was born December 23, 2013 as an early Christmas present. We were actually allowed to bring her home on Christmas day due to an extra special elf that delivered a bilibed on Christmas day.
Both girls were clinically diagnosed with CdLS (Cornelia deLange Syndrome) which is rare but even more rare is 2 children with it. (1%)  They both had the mildest form of it and to this day it is still what the we think  they have due to multiple attempts after Marcaylin's death to find more answers, that all came back normal. When Marcaylin was 18 months old she had her first seizure, followed by a 2nd one a few months later. Both were chocked off as being febrile seizures, but she never had a fever until she got to he hospital. We were basically told we were wasting resources so on the 3rd one December 25th (Christmas Day) 2015 we did not call 911 and later found out that she had not 1 type but 2 types of seizures back to back which we never knew was a possibility. Meaning she had about a 45 minute seizure. She was dusky and they were going to airlift here to the cities. Instead she stayed at the hospital for a few days and was diagnosed with Epilepsy the next day. Her meds worked off and on. Starting in September 2017 about the time she started preschool her meds were more off balance than ever before and between September 2017 and May 17, 2018 She had 59 Seizures (that we know of that were noticeable). She more than likely had more. The 59th one ultimately took her life the morning of May 17, 2018 as she was supposed to go to the last few days of preschool. She came into our bed in the middle of the night along with Carys and as we were getting Carys up and ready for school she began to shake horribly. We figured it was a change in meds issue. When I came back from dropping off Carys at school Fawn and I checked on her a few times letting her sleep as she had a runny nose and a cough. We never reached over her to see if she was breathing. Finally I went to wake her up to get ready for preschool while Fawn was getting ready herself. I found her unconscious face down in our pillows, As you can image that night before and morning haunts us to this day.

So this is why WE FIGHT for a cure. For A REASON, For HER HONOR. It is what we have to do as a family.
Her short life needs to make a difference, it needs to be for something. Not only do we raise awareness for her but our friends who have Epilepsy as well. For all others who have lost a loved one to SUDEP (way too many all over the world) and to FIGHT FOR ANSWERS !!!

Her Big Sissy CARYS is also an extremely proud member of the Epilepsy Foundation of America KIDS CREW. Words can't even explain the way she feels to be a member and make a difference. She earns pins to go on her special lanyard for Raising Awareness, Lemonade for Livy, Walking, The Purple Pumpkin Project and much. More She just received her first pin for her Lemonade for Livy stand on July 1st, 2019 for reaching her goal of $100.00 at her stand on the Sauk Rapids Rapid River Days parade route. She see's what all of us do to keep Caylin's legacy alive and takes it very personal like the rest of us to help her little sister
Marcaylin's Life Matter.

So please help us raise awareness, by simply donating or even registering to walk with our team. Last year our 2018 TEAM Marcaylin's Memory was the largest in the St. Cloud Walks history or so we have been told by some very reliable sources.  Our 2018 team was over 70 people strong and also led the walk around Lake George as we were also honored to be the host family. Lets aim to make this years team even larger. Together we can make a statement against Epilepsy.

We are also co-hosting a Summer Fun Fundraiser for the EFMN along with Team Ehresmann End to Epilepsy to raise awareness and fundraise for our both of our Teams. Apparently we are breaking barriers as it is supposed to be a cut throat competition among teams to see who can raise the most funds. So please join us on July 21st at Val Smith Park in Sartell MN from 1PM to 5PM for our family friendly fundraiser. If you would like to volunteer to help with the event, you are certainly welcome.