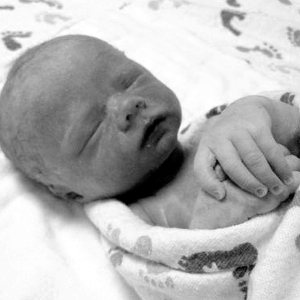 My wife started cramping in bed. It must have been around midnight. I was asleep beside her. We didn’t know it then, but our daughter was already gone.

I remember confusion, not joy or fear, in the ambulance. I didn’t know what to expect. I didn’t even know we were having a girl. Jess was just four weeks from full term. I tried to be excited. To this day, my wife wonders if she was already in shock.

Hospital staff led us from the emergency room to a dimly lit chair in the maternity ward. A nurse who tried not to make eye contact moved the heartbeat monitor back and forth. The silence became unbearable. My wife began to panic. Our doctor arrived and confirmed our worst fear.

Time stood still the next two hours. A nurse named Jamie told us, “you’ll want to hold the baby.” I stepped out of the operating room as my wife took the epidural. After the c-section, they placed her on a tray with glass walls. I stole a glance at her little pink hat.

In the next room, they brought her to us all cleaned up. She was purple and warm. Thin hair. A tiny nose. Her mother’s cheeks. She looked like me with her hands swaddled inside a blanket. I couldn’t let her go. I shook and wept.

We were numb for days and weeks, and filled with fear and confusion for months. Our doctor said the c-section allowed for a clear determination of the cause of death: a placental abruption. It happens most often when the body experiences trauma. Our doctor mentioned car crashes as an example that only left us feeling more confused. The placenta that nurtured our Emma just separated while we slept. We strived in every way for a healthy pregnancy. There was no trauma and, ultimately, no suitable explanation for our loss. We were told: “sometimes it just happens.” Two-thirds of parents like us get that line.

Before my wife had to see them, I signed forms marking our daughter’s birth and death. Then I picked a funeral home, later an urn, cared for my wife and ignored everything else. We couldn’t have felt more alone, even surrounded by family.

We got pregnant, again. The first time we saw our rainbow baby, just a blurb on a sonogram image, the ultrasound machine generated an expected due of May 7 — the anniversary of our Emma’s birth. That panic washed over me again.

Nine nervous months passed. The 36th week may have been the toughest. A week later Ben was born. We had trouble, for a while, telling people that he was a little brother. We didn’t want to cause anyone the discomfort of knowing what happened to us, simply because they were being polite. But that feeling, like our fear and loathing over the loss of our only daughter, is passing.

It’s through the support of the wonderful people who have shared our loss and love that we get by each day. That’s why the work of the Star Leagacy Foundation and this walk in Columbus is so important to us. For a stroll around the park at Lydie’s Loop, we can’t think of anyone but our daughter. And it fills our hearts to know so many of our friends and family carry her memory.