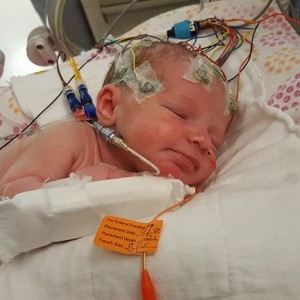 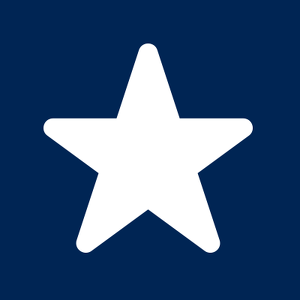 Paisley was born on August 30, 2016. There were no complications throughout the pregnancy or during labor. During our hospital stay, it was noted that Paisley had some nursing issues but nothing major. We were discharged home after a couple of days. We noticed that Paisley was eating less and less and was getting these random twitching motions. At first, we thought were being paranoid first-time parents. The next morning we brought her to urgent care, where we were told that I was nursing her incorrectly and those random twitching motions were normal. We left urgent care feeling frustrated that we didn't get any answers. By this point, Paisley hadn't eaten in well over 24 hours. We knew something was wrong.

We got home from urgent care and Paisley started having much more intense twitching motions. We both looked at eachother and started to get really nervous. We just knew something wasn't right. Elliott immediately starting filming it while I was on the phone with the nurses at the hospital. After a couple of minutes of explaining what we were seeing, we were told to get to the emergency room asap. The panic began.

Upon entering the hospital, Paisley was brought to the NICU right away. Several doctors and nurses were with her trying to get vitals and a general idea of what was going on. Elliott showed one of the doctors the video he had taken of Paisley earlier, and the doctor concluded almost instantly that something serious was wrong neurologically. They knew for sure Paisley was going to be admitted within a few minutes of being in the ER room. At that point Elliott had gone home to pack an overnight bag for us. While he was gone, one of the doctors came in and told me that her "twitching" were actually seizures and that they were getting so frequent and severe that she was loosing oxygen. The moment the nurses were running around frantically to get the oxygen set up and watching Paisley's face turn blue is an image I will unfortunately never be able to erase. The doctors at the hospital were trying to keep Paisley's vitals stable while an ambulance was called to rush Paisley over to Children's NICU. I called Elliott crying that he needed to get back to hospital asap. At this point we still didn't know what was wrong other than her seizures.We weren't allowed in the back of the ambulance with Paisley (due to laws), so Elliott and I drove separate. We were freaking out in the car with every emotion possible. Throughout all of the chaos that was happening, once we stepped into Childrens, we both felt much more at ease. A strange feeling during that moment.

The first few days, there were still little answers. It was initially thought that Paisley had a stroke but that idea was ruled out a few days later when we got the results of the MRI back. A day later we got the lab results back and we found out that she had bacterial meningitis. Unfortunately, the MRI did note that Paisley had suffered brain damage from all of her seizures. Paisley remained in the NICU for almost 2 weeks and in the PICU for another week. While in the hospital, Elliott and I will never forget the talk we had with Paisley's neurologist. We were informed that with her brain damage, she was going to be special needs and delayed developmentally or possibly even deaf from the infection. We were informed about all of the obstacles that we were going to be potentially facing.

Fastforward to almost 2 year later and Paisley is doing so well! She will always have the brain damage, but who cares! It doesn't affect her one bit, and you would never guess what she's been through by looking at her. She is a genuinely a happy and smart kid. She smiles and giggles all of the time. The neurologist is shocked (in a good way) at Paisley's outcome. The infectous disease doctor had nothing but positive things to say about Paisley's growth.

Elliott and I are so grateful for the Children's Hospital for not only the great care Paisley received, but also for all of the comfort we received from them. We would love to be able to give back to them and pay it forward!