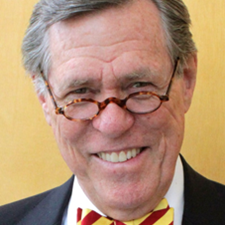 With great sorrow, the family of John O. Huston announced that John passed away on Saturday, January 29, 2022.  A funeral and celebration of his life will be held in Columbus, Ohio on February 22, 2022.

John coalesced the angel investor community in Columbus when he founded the OhioTechAngels there in 2003, inspired by Queen City Angels in Cincinnati, Ohio.  He helped with the formation of North Coast Angels in Cleveland, Ohio and East Central Ohio TechAngels in Athens, Ohio.  He then worked tirelessly to bring an exemplary level of collaboration and syndication to the Ohio angel community.  Additionally, John was active in angel investing on a national level and he served as Chair of the Angel Capital Association from 2008-2010.

In 2012, John received ACA’s Hans Severiens Award, given annually to the person who has made the greatest impact on angel investing.  John’s contributions to the angel community were varied and numerous.  His thought leadership included many articles, blog posts, conference presentations and several books.

Those wishing to honor John's life and legacy may make memorial contributions to the Angel Investor Foundation's Seed the Future Campaign at the request of his family.

A few of our favorite "Hustonisms"

In the theme park of finance, angel investing is the fun house.

When you get discouraged by the difficulty of learning angel investing, consider the Wright Brothers' quest for a flight instructor.

Angels seek entrepreneurs who can convince us to believe in miracles.