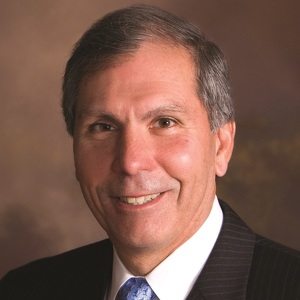 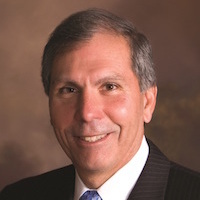 James G. Brennan is the owner and President of McKelvey Homes, St. Louis’s oldest and most established homebuilding company. Building a Tradition of Excellence since 1898, McKelvey Homes has grown to the fifth-largest homebuilder in St. Louis with multiple communities throughout St. Louis and St. Charles Counties.

Over the years, McKelvey Homes has built thousands of homes around the area, and has won numerous awards for excellence in design, construction, value and customer service. In addition, McKelvey Homes was voted the #1 Homebuilder in St. Charles County.

With more than 35 years of experience in real estate, construction and homebuilding, Jim is well-known for his community service and his activities on behalf of the homebuilding industry. Outside of the office, Jim enjoys golfing, playing tennis, and spending time with his family. He and his wife of 42 years, Rose, are very proud parents of three grown sons and even prouder grandparents to three beautiful grandchildren.

Jim is an active member of many HBA committees. As a Past President of the Home Builders Association of St. Louis & Eastern Missouri, he was elected to its prestigious Hall of Fame for Excellence in Achievement. He has chaired numerous HBA committees over the years. He has been involved in the Home Builders Charitable Foundation since inception and served as past president. In addition, he has twice been honored with its Champion Builder Award for his exceptional service. Jim is a frequent industry speaker and is often quoted in local media on the status of homebuilding in our area.

Jim has worked in a host of political, civic, and charitable organizations over the years including being a past President for Cardinal Glennon Children’s Hospital and Board Member for over 30 years. He served as board member for Habitat For Humanity, and was Chairman of the Development Council. He was also a Board Member for St. Louis Community College Foundation, and a Participant in Leadership St. Louis. Jim currently serves on the Board of Governors for Bellerive Country Club.

Jim has helped raised millions of dollars for worthy causes. In 2019 he chaired the inaugural Dance for Dravet to raised funds for the Dravet Syndrome Foundation to help find a cure for this rare form of epilepsy.

In 2017 he won Dancing with the St. Louis Stars for the benefit of the Independence Center. He continues to be involved in the raising of funds for mental illness.

A 1974 graduate of the University of Missouri-St. Louis, and a CPA Jim was honored with its Salute to Business Achievement Award for Outstanding Leadership and Professional Achievement in Business Award, and is also a recipient of the 2020 UMSL Distinguished Alumni Award.