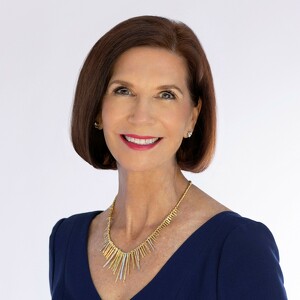 Dancing with the St. Louis Stars 2023

Barbara Archer, Partner at Hightower Wealth Advisors, is a small town dreamer and leading businesswoman. When Barbara Archer was growing up, she wanted to be an astronaut.

Like lots of small dreamers…who want to be an astronaut. A hockey player. A movie star. A famous ballerina. To this day, she can’t always keep her feet on the ground — she’s gone sky diving, floated on a Zero Gravity flight, co-piloted a fighter plane and follows the space station and rocket launches so she knows when she may be able to see the next event.

Barbara received a degree in medical technology;  pivoted to supervise an industrial automotive chemistry lab and became a reliability engineer. Then, she got an MBA and worked in consumer marketing; Barbara is someone who is always learning, driven by her passions. And Barbara is aware when she knows there can be better answers. That’s how she felt when looking at advice from a financial planner, who couldn’t respond appropriately to her questions. Barbara believed she could do it better herself; so, she studied and became a Certified Financial Planner with a mission to help others: Make a plan. Make an investment. Make a difference - differences in friends' and clients' own lives, their families and their community.

As Barbara became more successful, she continued to become increasingly involved in the community, following her passions and making significant contributions to those causes close to her heart. She works to help underprivileged communities access health care solutions at St. Louis’s Mercy Clinic while sitting on the Mercy Foundation Board; she supports the arts at COCA as a lifetime board member, and as a past St. Louis Zoo board member, she serves on the Planned Giving Committee which helps fund programs  such as the one for kids who have only seen a giraffe or a zebra in a book, to experience the wonder of live animals and to expand their knowledge of the world.

Barbara will spice up the dance floor with partner and returning professional from Convergence Body and Dance - Robert McKenney.