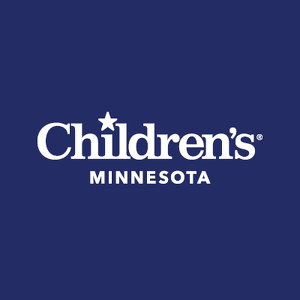 Hi, I'm Julia! When I was five years old, I got very sick and spent some time in Children's Hospital. I didn't like that so many kids were there. It made me feel sad that they would maybe feel like they were in a bad or scary place. I was scared in the hospital and I think they probably are, too. When doctors and nurses came in, I felt ok. I liked when I got to blow bubbles, color, and ride the tricycle. That was fun! They also had a playroom that I got to play basketball in while I was still hooked up to my machine. I got to watch movies in my room, read books and even got a really cool breathing toy! So, it wasn't always scary, because I got to do a lot of fun things. I loved it so much that I've been raising money for the hospital since I was 7. I'm doing it so the kids that are still in the hospital can do the things I got to do!

I have done a lot of things to raise money. I've held a garage sale, sent letters to friends and family, passed out glow sticks at Halloween, earned money by following a chore chart, held fundraisers at restaurants, and in 2016 I hosted my first annual walk/run event!! I raised nearly $5,000 at the event, which brought my total raised in 2016 to $10,723.30! My thermometer on here does not reset, so it shows what I've raised since I started this page and will just keep going up from there as long as I continue to raise money. I thought it would be really neat to raise at least $5,000 at my walk/run in 2017, but maybe even higher! I put $20,000 as my goal, hoping to raise at least $9,300. But, with so many people's help and participation, I raised $5,970.32 at the walk! Other people who couldn't come but still wanted to help me reach my goal, donated $4,549!! I am just so happy that I can't explain it! Thank you so much to everyone who wants to help me.

My 2018 walk, even though it was a super rainy day, was VERY successful! We had a lot of fun with almost 140 friends and family who shared my special day with me. We added a photo booth, face painting/henna, and caricatures. Everyone loved them and there were long lines to do them all! We just had so much fun!! I really love to see all the people who come to my walk. Some even brought their dogs! We had so many really cool prizes to raffle off this year including an autographed Chad Greenway jersey, 4 tickets to a Twins game in the Delta Sky Club, a stay/play package to the Holiday Inn waterpark, car detail certificates, Minnesota Zoo tickets, and much more! We even had lots of new items with my very own logo on them, like beanie hats, water bottles, flashlights and more! I can't believe something I drew is on so many cool things. :) We also included 2 kid races and a team challenge which were all new to the event. The team challenge was supposed to be like an Amazing Race where you'd get a clue/riddle to find your next trivia page somewhere in the park. But because of the rain, we couldn't do it that way and just had the challenge under the park's pavilion. People really liked it anyway and got super excited if they had a correct answer! The winning team got a 4 day/3 night stay at Grand View Lodge in Nisswa, MN!! Lucky ducks! After all the fun, we went home and counted up all of the money I raised from the walk; registrations, shirt and logo goodies sales, food sales, etc. The grand total for my 2018 Julia's Big Adventures walk/run event was $6,568!!! I just can't believe that. I am so thankful for everyone supporting me.

This year, I decided to make a BIG change to my JBA walk, and I teamed up with Children's Minnesota to join them in their Walk for Amazing! Julia's Big Adventures had a team of 10, and we had my shirts again this year, which were black - because I wanted to make a BIG statement when we walked into that stadium! My goal for 2019 is $13,000 (because I turned 13!!), but my team goal for the walk event was $8,000. I didn't quite reach my goal, but still raised $5,600 with the help of friends and family!!

Something unbelievable happened the day we went to pick up our packets for the walk. My mom, grandma, and I went to breakfast at the Original Pancake House, and when we were leaving, a man asked us what our shirts were for (we had on the sparkly version of my JBA shirts!). My grandma handed him a card, and he then handed my mom his card and asked us to get in touch so he could learn more. This man turned out to be the General Manager of the OPH and before I knew it, we were planning a pancake breakfast fundraiser with him!! I called it Julia's Big Breakfast! With the help of Aaron (OPH GM) and Dawn (owner of Boondox Bar & Grille), I hosted my very first pancake breakfast on October 5th. It was SO fun and amazing!! My friends and family came to support me AND for the very first time ever, people from my community that I didn't even know came to be there, also! Mother Nature always wants to join us, too, so for the 3rd time on one of my event days, it rained. But the best part was, it didn't even matter this time! The breakfast was held indoors and the weather didn't stop anyone from coming to enjoy delicious pancakes and Caribou Coffee donated by our friend, Astrid, the GM of Caribou in Elk River! We all had a great time together, just sharing the day. There were games like giant Jenga, Yahtzee, and bean bag toss, and there were people visiting in every corner I looked. It just felt so magical that this had come together in such a short time! The most unbelievable part of the whole thing is that I was able to raise $4,200!!!!! I loved my breakfast fundraiser so much that we are already planning next year's event!!

The money I raise this year will be going toward Children's Pain and Palliative Integrative Medicine program, which is a state-of-the-art, patient-centered pain management program that helps to prevent and treat pain, and also provides comfort at the end of life. When I heard about this program, I knew right away that it was very important. If I could help take pain away from all of the patients at the hospital, I would. Hopefully what I raise can help them have less pain and more comfort for when they need it.

How I became a patient of Children's Hospital....

Our journey at Children's Minnesota began on Mother's Day 2011 when our healthy, vibrant little five year old had an unexpected experience that changed our lives forever. In the blink of an eye, she was fighting for her life. Her daddy and I stood by and watched doctors and nurses work on her around the clock. She was in the Pediatric Intensive Care Unit for a few days undergoing test after test before we received a diagnosis. This felt like an eternity; time has never passed so slowly. Upon being told what she has, there was a moment of "that's it?". For what she had just gone through, we expected the worst. However, we learned that her condition is quite sensitive.

Julia has Viral Asthma; a rare form. Viruses are her trigger and any of them have the potential of attacking her respiratory system. Being susceptible to any type of virus, we have to exercise caution around every illness. This tends to be difficult at her age. She had a two year period of excellent test results and was only on medication when she was fighting a cold (to prevent an asthma flare up), then finally in August 2017, we were reluctantly hopeful along with her doctor that she had outgrown her asthma. However, in March of 2018 she suffered a setback, and after going through another round of tests, we were back on board with her 24/7-365 asthma plan. We were all feeling disappointed after such a long span of great health, but knew how much worse it could be. Julia is very fortunate to have a condition that is so easily treatable. We are very, very blessed. This past year has gone very well and she is OFF her meds as of April!! So far, so good.

Her doctor says that one day she should grow out of this. It feels amazing to think there may come a day when there is no more worry, no more medicine, no more holding our breath when someone sneezes or coughs. Until then, Julia will continue treatment by seeing her pulmonologist every six months where she receives stellar care. We are truly blessed to be guided on this journey by someone who cares so much about our daughter and her future.

Some other fun things to know about me.... 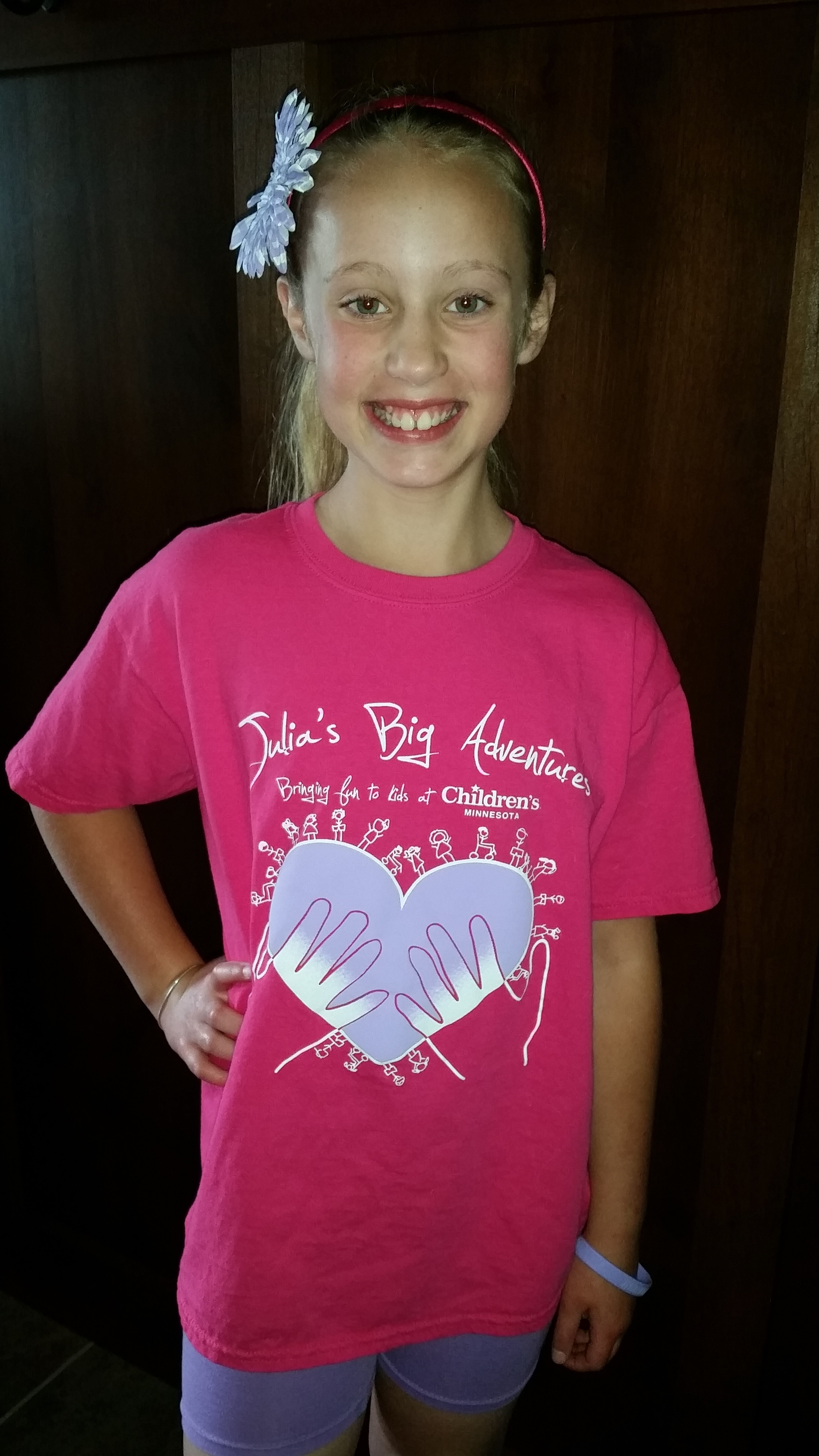 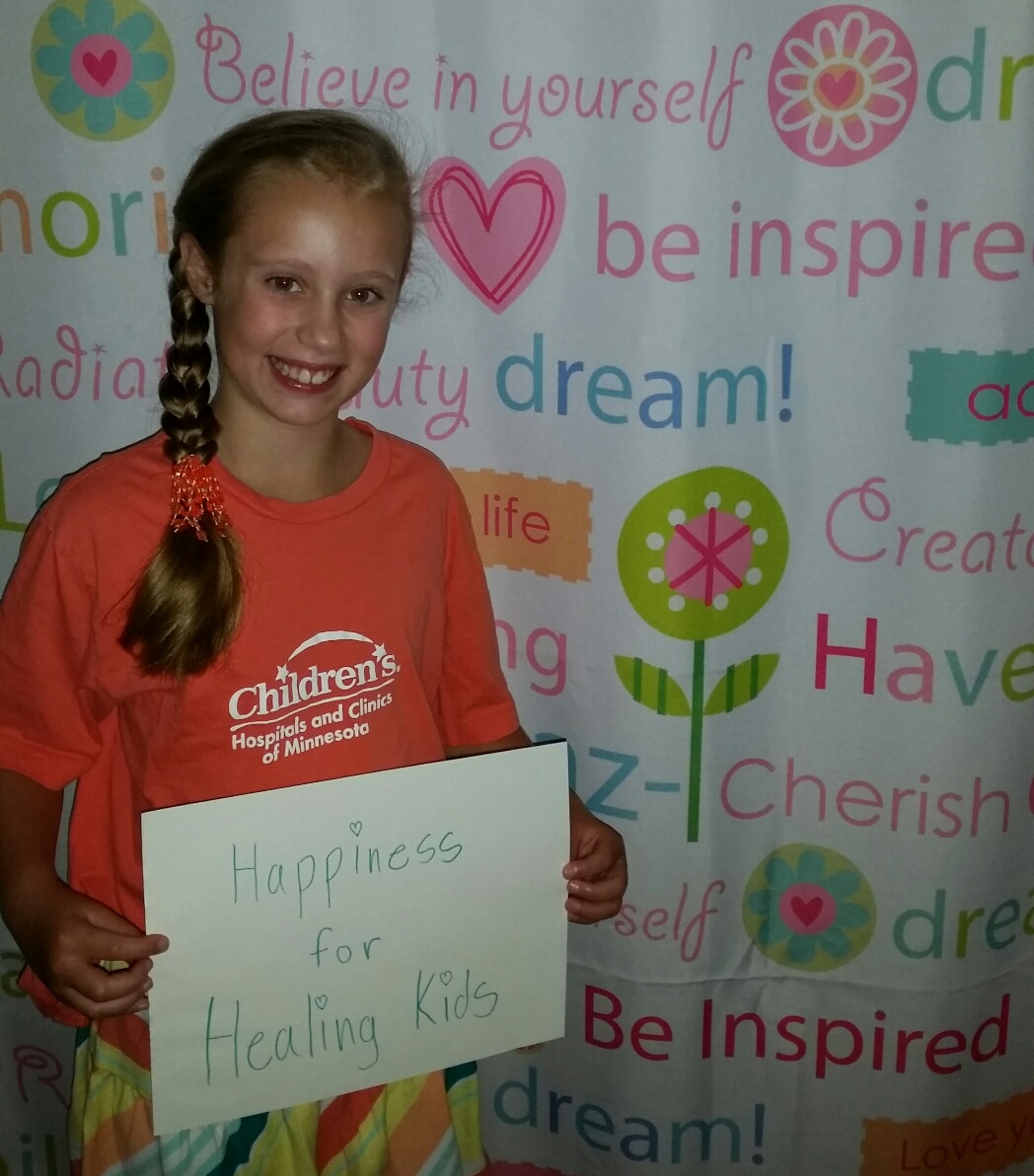 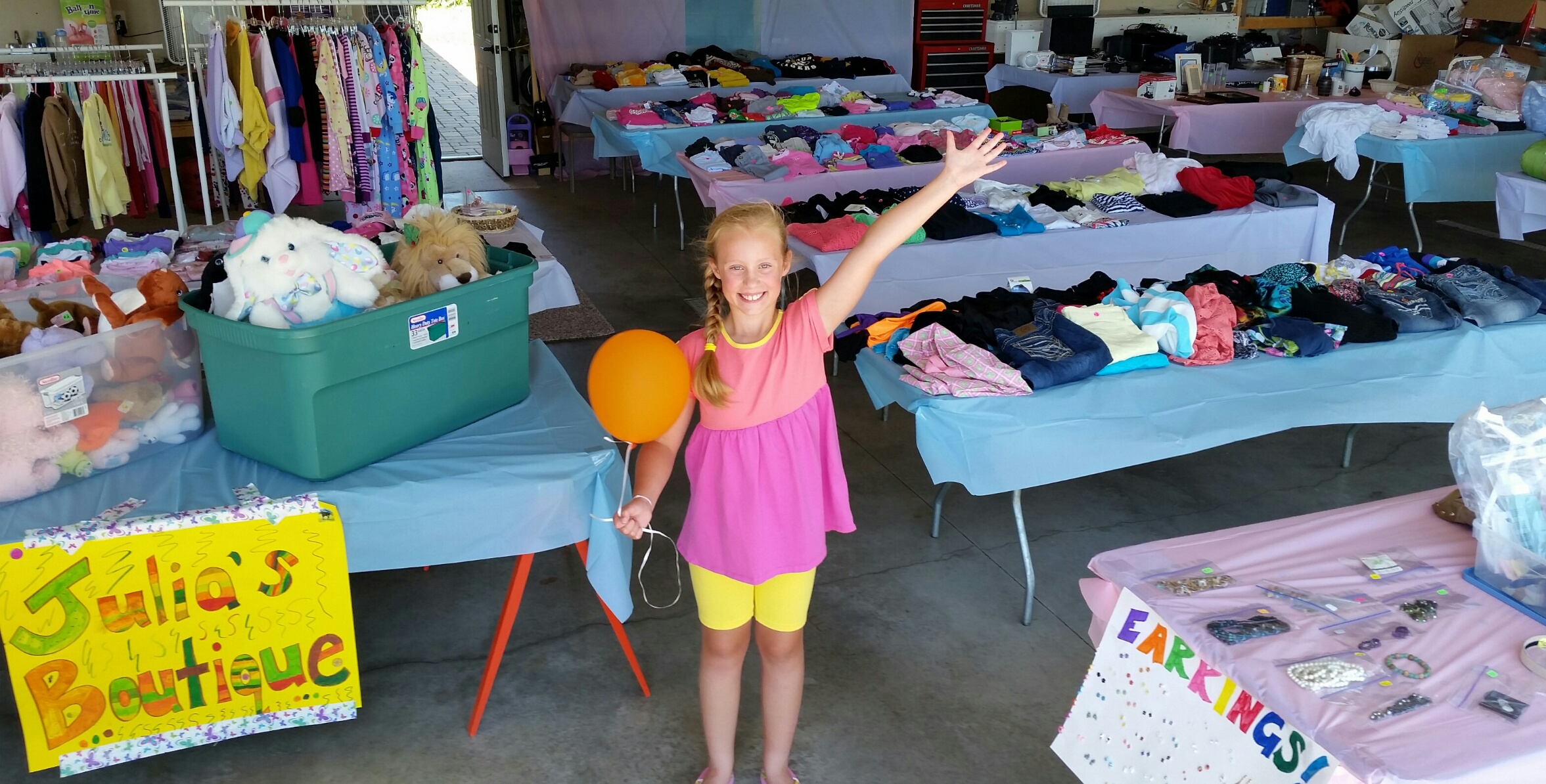 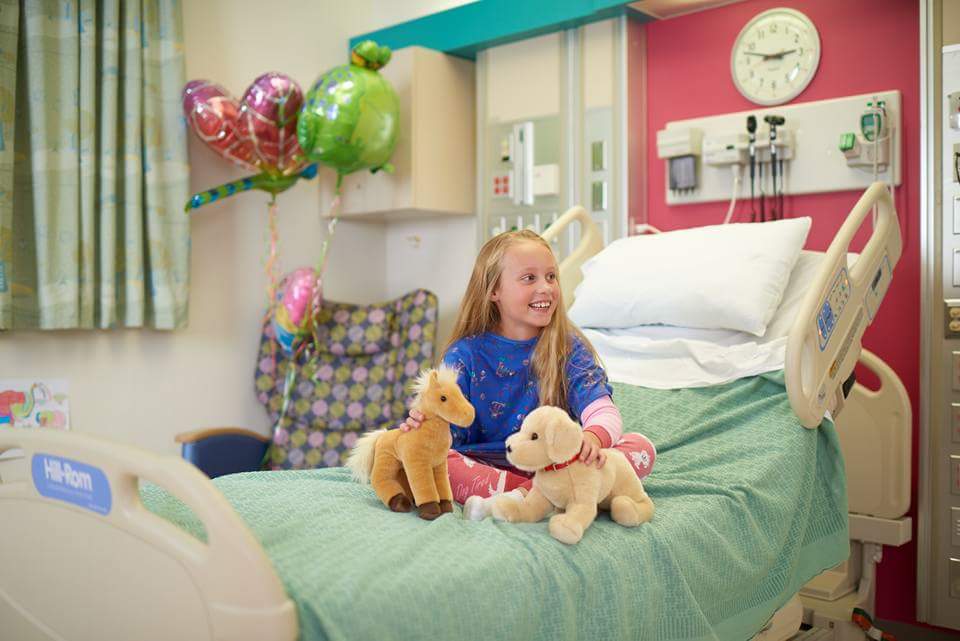 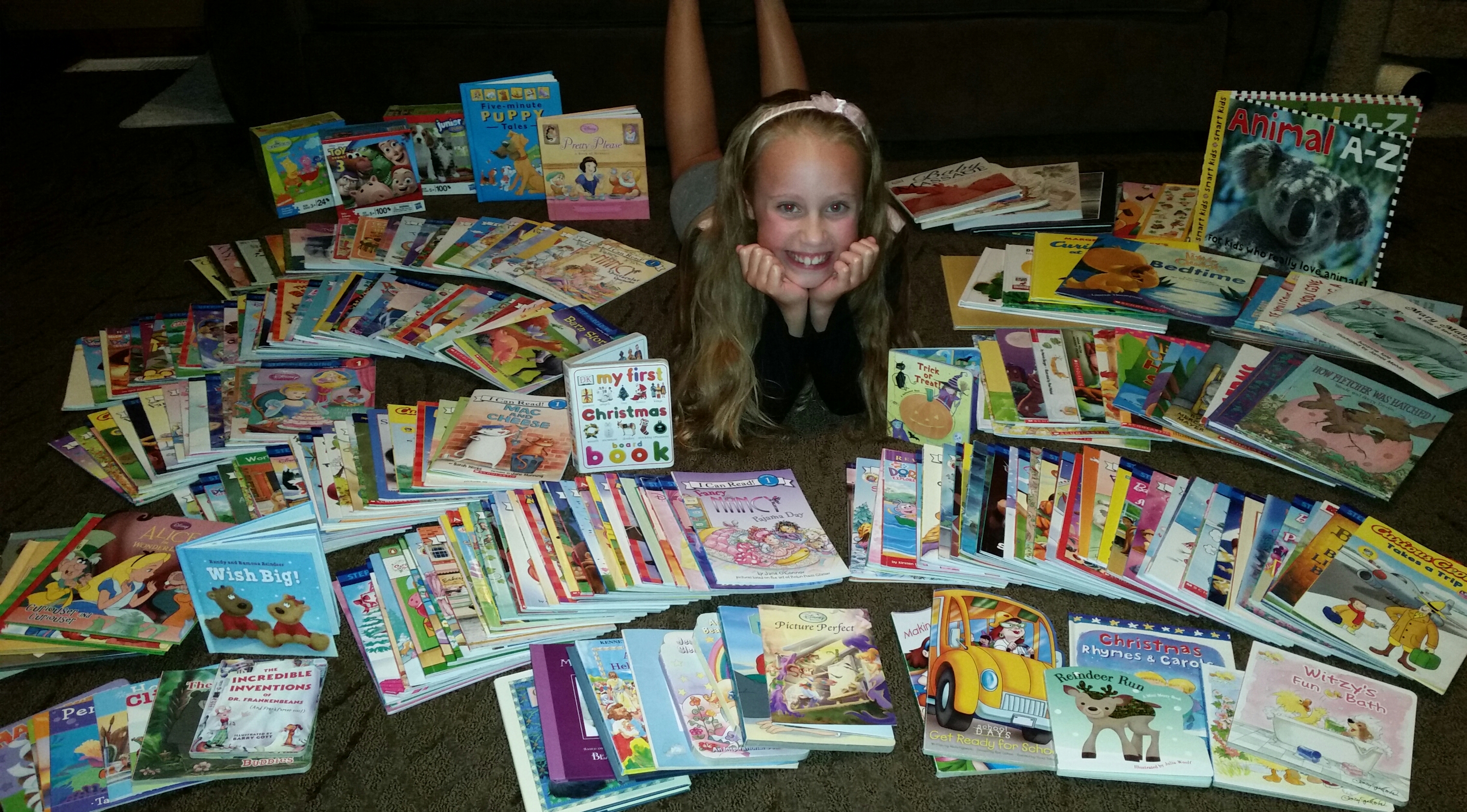 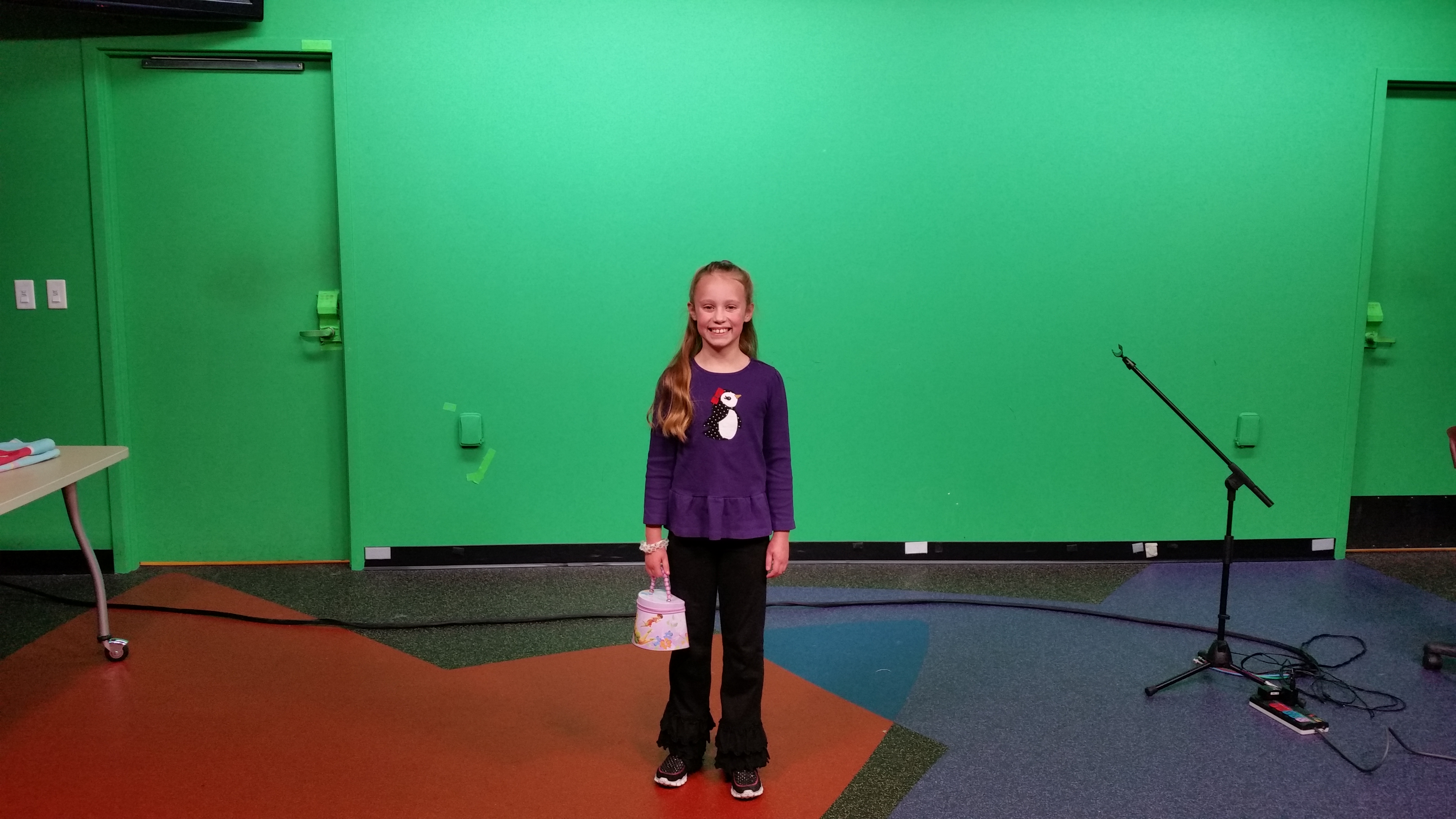 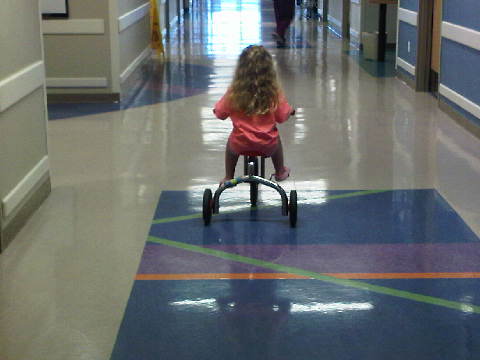 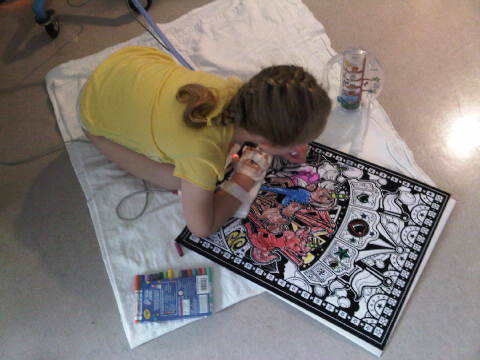 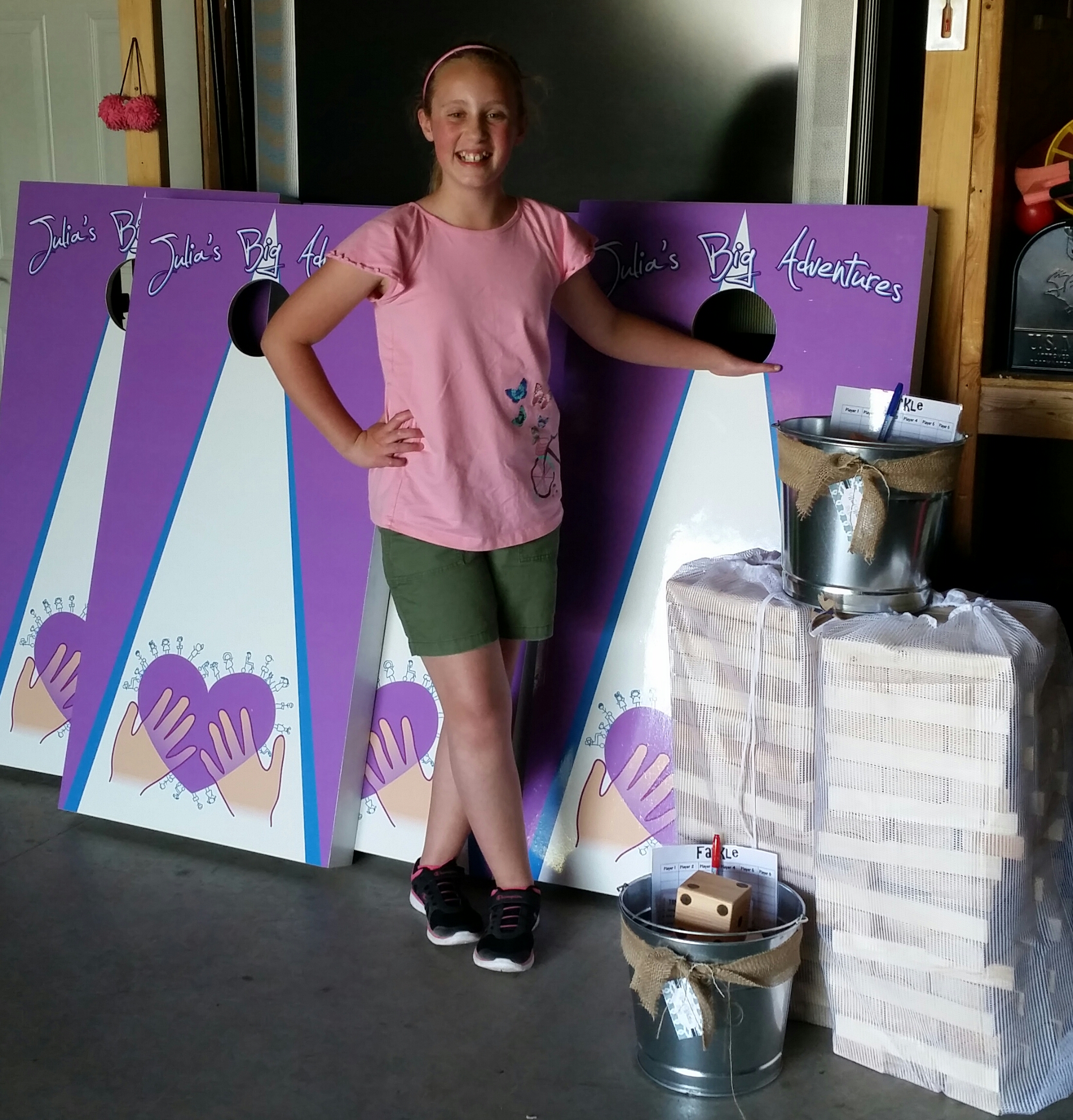 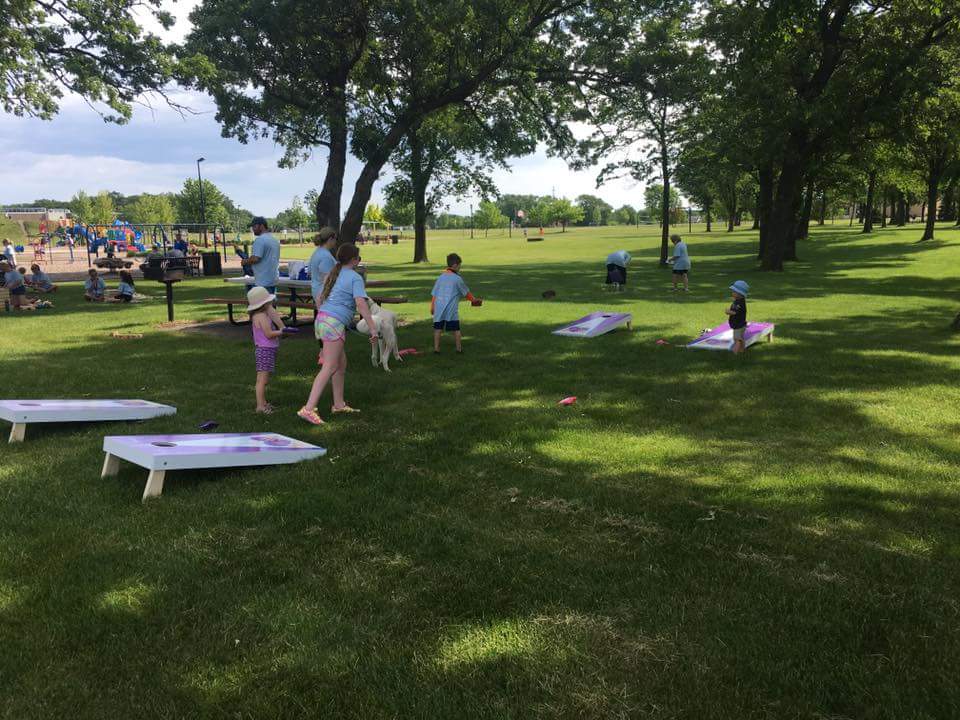 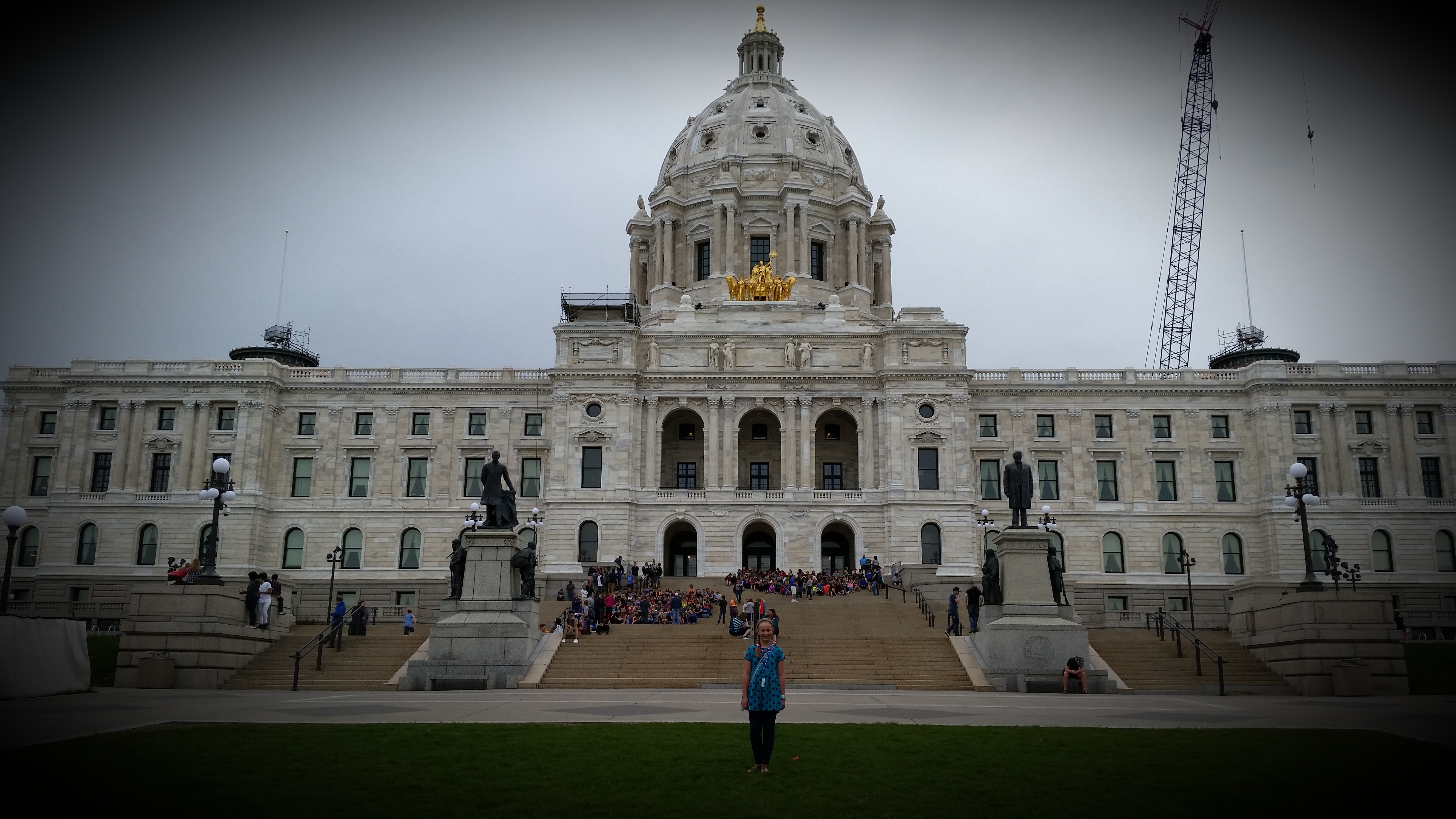