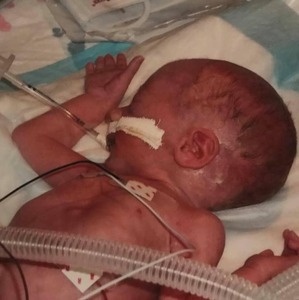 It has been over eight years since I’ve had my son and many of you have donated to the Promise Walk for Preeclampsia over the past few years that I’ve been involved. I know that you know I want to save moms and babies but I’m not sure everyone knows what I went through and why I’m so passionate about the Promise Walk. I think it’s time that I get more comfortable with my story so that others can learn from it.

Warning..this will be graphic. I was 23 years old, I had never even had a broken bone, and only one hospital visit, nothing serious. I felt like a pretty healthy person, all in all. I got pregnant and I became the pregnant nazi...no caffeine, no shell fish, no this, no that, quit smoking immediately. I was actually annoying. Treated my body like it was holding the most precious thing on earth. I mean to me it was. I got morning sickness, I got night sickness, I just kept powering through thinking one day I’m gonna feel great. During my entire pregnancy I never actually did feel great. The morning sickness went away but then I had severe headaches. And I ignored them and told myself, “You’re pregnant of course you are going to feel bad.” And the moment I would complain someone would say “Of course you’re feeling shitty, you’re pregnant.” So I ignored it, and ignored it some more.

I had just turned 31 weeks, as you know 38-40 is full term. I was watching Black Swan with my mom and I ate a Marie Calendars Chicken Pot Pie, we had just finished the movie and decided on another. So my mom went upstairs to do something and I needed to use the bathroom. I stood up from the couch and I felt this gushing feeling, I thought “well, that was gross” and continued on, I bent over to pick something off the floor, another strange feeling. I walk into the bathroom and my pants and underwear are covered in blood. I don’t know how my mother heard me because as I screamed for her I don’t remember an audible sound coming out of my mouth. Next thing I know she was next to me, telling me everything would be okay. I didn’t even have the doctor's number in my phone because it was so early. The day before I had actually nested all day, and thought to myself, “I should pack a bag..don’t be silly it’s too early.” I got the number and called the doctors leaving a message with the emergency operator. My dad had left the house..he never takes his cell phone anywhere with him, but for some reason that day he did. He gets back home and I grab my purse and a blanket for the car, he says “Where are you going?” “You’re driving me to the hospital”.

On the way there several funny things were said now that I look back on it, but the situation wasn’t funny at all. I got to Grandview, they took me in and poked and prodded me, told me I won a ticket to stay over night. My mom said I’m going back to the house to get you a bag. Just a few moments after she leaves the doctor rushed in and said we can’t take care of babies under 32 weeks, you have Preeclampsia and placenta abruption, you’re going to be transported to Lehigh Valley now. I’m going to give you a medicine now and it’s going to make you feel really bad. SUCK. IT. UP. She said.

They wheeled me out on a gurney and as we get in the elevator this feeling comes over me like my body has just walked through fire. I asked the nurse why it was so hot, the ambulance driver interrupted and said, “We have the ac in the ambulance on, sweetie” the nurse said, “that won’t help her, she is on magnesium, it feels like she’s walking through hell and has menopause at the same time. And I felt this way for 2 and a half days. It also included, feeling weak, disoriented, double vision, but it kept me alive. It kept me from having a seizure, or all my organs shutting down. They kept me in this state for as long as possible so that the steroids could help grow Colter's lungs.

All this time I couldn’t have any food or water, I kept begging for water. And the doctor just kept asking me if I was hungry. I just wanted water so badly. Finally they let me eat and they let me drink, thinking I was going to be in this state for even longer..but something happened and Colter started to become distressed. It was time for him to come. I had to have an emergency c-section. My mom had been through all of this with me. And she never lost her cool. Not once. Until the nurse walked over to me, gave me a bracelet for Colter and said congratulations. I said, “he’s out?” And she said yes, the only thing I wanted to do was run away, I wanted to get up and walk out. My body was finished, I was no longer his vessel. I tried getting up off the table while my lower half was still cut open. They knocked me out. When I finally came to It smelled like I was in a sewage treatment facility. Apparently, when they give you so much pitocin that you can’t stop contracting they have to give you medicine to make you stop...which makes everything else stop working. And there is this nurse at my legs and she’s just about my age—probably a few years older. And here she is, this poor girl, cleaning up my shit and on top of everything I’ve been through I’m absolutely mortified.

They wheel me to recovery where I’m not allowed to go see my son until I can move my legs. I’m kicking with everything I have left in me. Till finally I can move them, they take me up to see him and because of the magnesium I still am not right and I see about six of him. But I think to myself I have to touch my baby, my three pound four ounce baby, I touch him and his eyes open up and he looks at me. They say we have to go now, they wheel me out and I puke all over myself. The encore I suppose.

I would never wish my worst enemy to go through a millisecond of what I went through. And can you believe that women are still dying in child birth, in America, with these complications and we don’t know how to stop it? Thank you for all of your donations and your continued support. You have no idea how much it truly means to me.