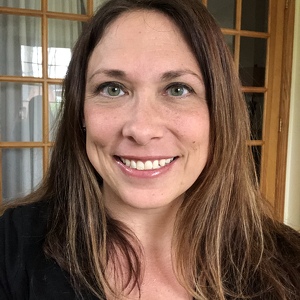 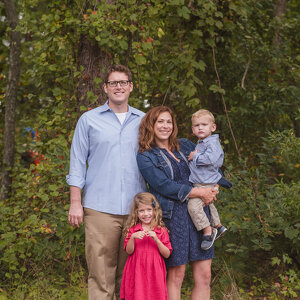 Danielle Hallinan was in her 22nd week of her first pregnancy when she experienced what she thought was very bad heartburn.  2 weeks later at her check-up, her blood pressure was so high, the nurse took it two more times to be sure it was accurate.  Danielle had developed HELLP syndrome, a very rare and severe form of preeclampsia.  When her blood work came back that her liver and kidneys were starting to shut down, her doctors performed an emergency c-section at 24 weeks.  Baby Grace Elizabeth survived only 2 more days.  Danielle went on to experience post-partum preeclampsia one week later.

Danielle developed preeclampsia again during the 32nd week of pregnancy with her daughter, Annelise Nicole.  Since her doctors were already closely monitoring her condition, she made it to 34 weeks.  Annelise Nicole was born several hours after a routine blood test showed that Danielle’s kidneys were in distress.  Annelise spent three months in the neonatal intensive care unit (NICU) at Children’s Hospital of Philadelphia due to her prematurity as well as another birth defect (congenital diaphragmatic hernia).  Danielle’s blood pressure returned to normal one hour after the surgery was over.  Because of early detection by her doctors and Danielle’s monitoring of her health throughout the pregnancy, Annelise is now a happy and healthy 8 year old.

Danielle made it through her third pregnancy preeclampsia and HELLP free!  William James was born in 2014 and is now a healthy almost 6 year old.

Today, the Hallinan family is sharing their story of survival to help educate others about the long-term impact of preeclampsia on families. People like you make a difference in the lives of families like the Hallinans: by funding education and research through the Preeclampsia Foundation, you help save lives of moms and babies like Danielle and Annelise.