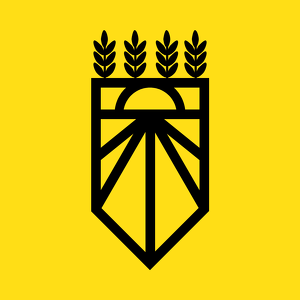 Join the movement for a U.S. Senator who will act on the Climate Crisis!

Please support this grassroots campaign so we can gain a critical ally in the U.S. Senate in this fight for our children's future. 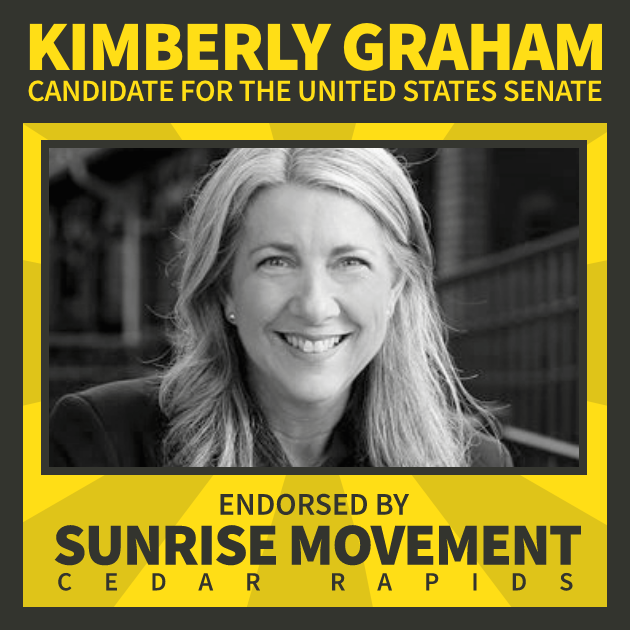 Jillian Perry began Sunrise Movement Cedar Rapids in February after coming to terms that no one else was going to fight for her children’s future the way she was going to. The October 2018 IPCC report send a ripple through the entire world: we have about a decade to drastically cut our carbon emissions or else we plummet into a climate hell that ends in mass extinction.

Two principles are at the core of our movement: Fight hard, and lead with the heart. We did this together with our original rag-tag crew. We didn’t know politics. We didn’t know what wasn’t possible. And we didn’t give up when people told us to our faces to give up. But we kept fighting because the only alternative was to give up to the fossil fuel companies and ultra wealthy who care more about short term profits and keeping their luxurious lifestyles than the future of all humanity.

When we met Kimberly, we met a kindred spirit. She is a fighter who leads with the heart. She’s an advocate and attorney for children instead of working for a big law firm, even though she still has student loan debt.

When we polled our core team, they unanimously voted to endorse Graham.

When she speaks at events, she tells people to read the Green New Deal, a simple, bold document that outlines the path to a future where humankind can survive our rapidly changing climate. And when she took the Green New Deal Pledge, she did so in one of our signature Iowa Green New Deal shirts. 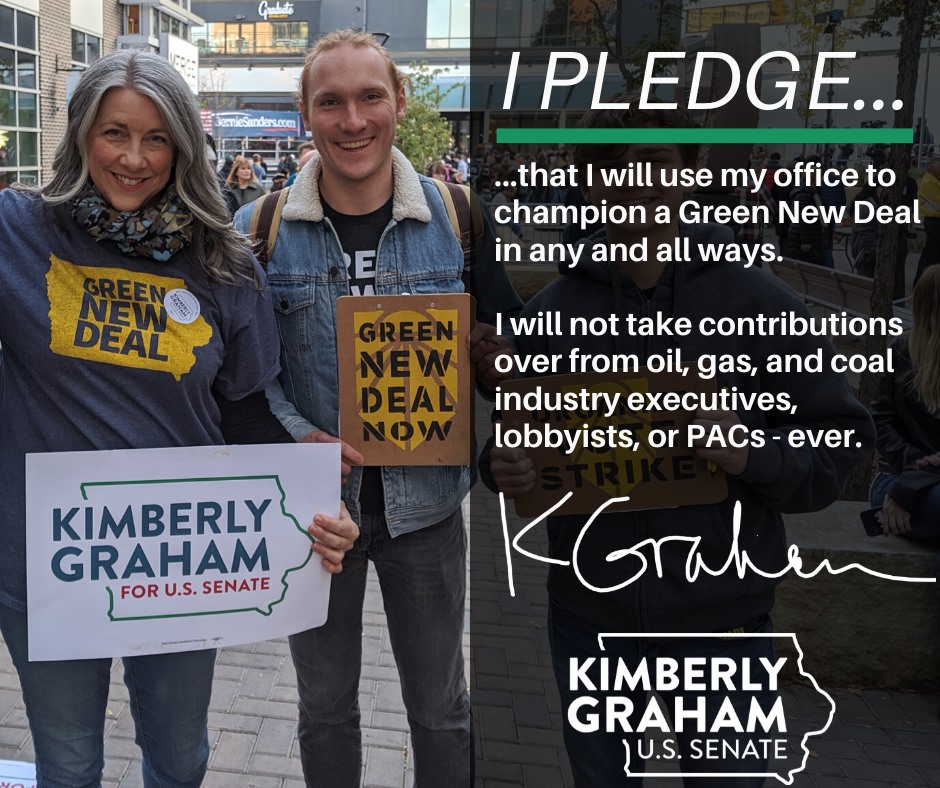 Graham has the courage to see through politics and see what the right thing to do, especially when it’s bold. Climate change is the biggest challenge humanity will ever face, and we need unapologetic fighters like Graham on our side.

Please support this grassroots campaign so we can gain a critical ally in the U.S. Senate in this fight for our children's future.