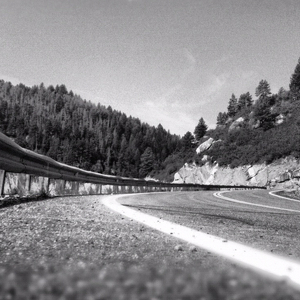 "A Church that is poor and for the poor has to fight … We cannot become starched Christians, too polite, who speak of theology calmly over tea. We have to become courageous Christians and seek out those (who need help most)." - Pope Francis

Please support Catholic Charities and The Samaritan House with me as I Ride the Rockies!

This summer I'll ride 473 miles and climb 41,875 ft in elevation in 7 days during Ride the Rockies. It will be super EPIC!

What an honor it is to be rdigin for such a wonderful organization! Samaritan House Homeless Shelter DOES AMAZING AND BEAUTIFUL WORK!

Samaritan House serves men, women, and children facing homelessness. Beyond a place to sleep, the shelter provides residents with a temporary home where they can rediscover a path to self-sufficiency. Each resident at Samaritan House is supported extensively by a case manager who helps them commit to and navigate a goal-oriented, 120-day plan to achieve stable income and housing.

My uncles Tom and Tim Dea, along with the rest of Team Samaritan House, got me into cycling in the summer of 2012 during the Elephant Rock 100 mile “century” ride. I trained with them for a few weeks, and rode with them on ride day. They made me an honorary member of sorts. Since beginning their efforts in 2011, Team Samaritan House has raised more than 140,000 for the homeless shelter! They totally rock.

After that first ride with these guys, I was hooked on cycling. Although I have been off the bike for a few years, I am getting back on to Ride the Rockies as an official member of Team Samaritan House. I am honored and blessed to be able to do this for such a great cause and with such a great group of people. I look forward to riding with Tim, Tom, and the rest of the team as they stay in the saddle year around in preparation for the annual pilgrimage across Colorado’s mountains.

What a blessing it is to be with my uncles and to be riding for such a great cause. EPIC !

Watch a short a video about the Samaritan House HERE

Team Samaritan House in the News:

Support this rider with a donation