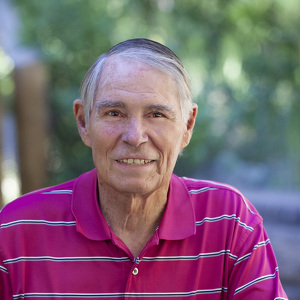 This summer, I'm trekking through the Rocky Mountains to raise awareness and funds for MPN research.

This is personal to me...At age 47 while visiting my mother having hip replacement
surgery in the hospital, I had a heart attack. For years I had been a regular runner and watched my diet. That day my cholesterol was 160, HDL was 62, and my platelets were 1,030 (normal is 200-450).

All the doctors kept saying this should not have happened to me. With one blockage not downstream but right at the aorta, if I had not already been at the hospital, I would have died. A heart attack or stroke may or may not reoccur in the future. In an instant my world lacked any certainty or predictability. Then came the news that I needed a single artery bypass to fix the physical plumbing problem. Afterwards I was referred to an oncologist. At our first meeting he informed that ''platelets had nothing to do with your heart attack."

In 1994 it was not established that essential thrombocythemia (ET) was a separate diagnosis from polycythemia vera (PV). Regardless the only treatment to lessen the chance of platelets causing another infarction was a drug developed to treat sickle cell disease. The drug was hydroxyurea (HU), basically a low dose chemo pill but there was no cure for MPNs.

Many people cannot tolerate HU treatment. For the ones that do quite often it loses its efficacy by about six years. Most suffer from gastrointestinal issues, incredible fatigue, skin cancers, pruritus, chemo fog, night sweats, and particularly
extreme fatigue. Inexplicably I have been taking HU for 27 plus years. I have
been able to live my life without any restrictions. Why have I been able to do so well on HU treatment so long? Why did ET happen to me in the first place?

I'm trekking for research because... In 2005 researchers found a genetic mutation that causes my stem cells to produce excess platelets. Without treatment I would once again produce excess platelets. Research supported by the MPN Research Foundation and Canada MPNRF has led to significant developments in treating symptoms but not a cure. Supporting the research scientists is my best hope of continuing to live with ET and die of the normal vicissitudes of life.