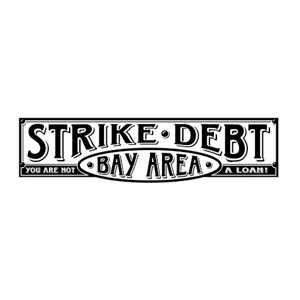 Give $10 and your neighbor in the East Bay will see approximately $1,000 in medical debt disappear before their eyes!

In the US, one person in five owes money for medical services. Medical debt is the biggest cause of bankruptcy in this country. Strike Debt Bay Area (SDBA) is taking action to address the problem of medical debt in the East Bay. Right now, we have the opportunity to eradicate millions of dollars in medical debt owed by people in the East Bay. And here's the really good news: we can make every penny of that debt evaporate with only thousands. Our initial goal is to raise $15,000 to forgive $1.5 million in medical debt. The more you can give, the more we can forgive, and the sky is really the limit.

How does it work? See RIP Medical Debt's solution below, and check out our FAQ for more details.

Want to help?  Spread this link online or download and print our flyer to hand out or post.

We thank you and your neighbors will thank you more!