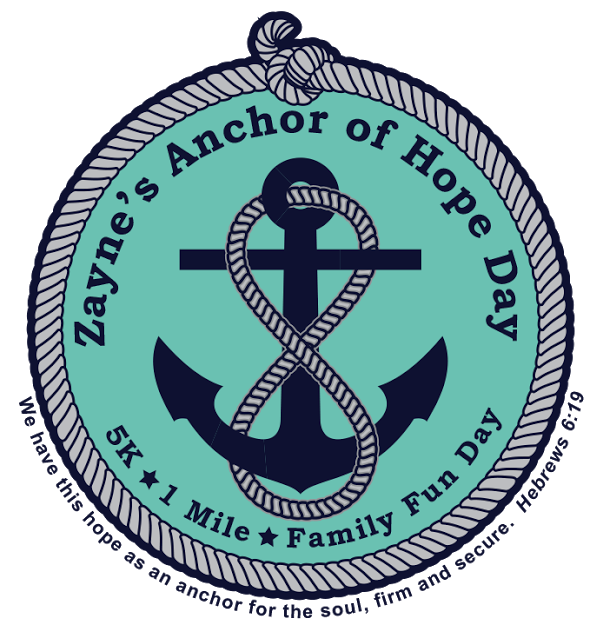 On November 18, 2015, our perfect full term baby boy, Zayne Martin Paszkiewicz was born still.  We started this heartbreaking journey on the morning of November 16th, when our story took a tragic unexpected turn. It was a Monday morning, and as I got ready for work that day I noticed that my normally very active baby was not as active.  He had kept me up kicking and moving around until 3am the previous night but suddenly he seemed very still.  As I drove into work, I started getting really concerned.  My baby was very still.  I called my doctor to see if I should stop by for a “quick check” to make sure all was good.  I was 39 weeks that Monday and was hoping that the baby had decided to get ready for his grand entrance before Thanksgiving.

That “quick check” turned into devastating news when I was asked if my husband had come with me that morning.  He had not, he was working.  The doctor followed up by asking how long it would take him to get there…I immediately knew there was an issue.  I was in no way prepared to hear the words “there is no heart beat”, but they soon followed.  We were 7 days away from Zayne’s due date that morning.

Most of my pregnancy had been relatively normal.  I was considered high risk due to maternal age, and the 2 miscarriages that we had suffered thru since April 2013.  Following the miscarriages, we saw a fertility specialist and had been tested for more than I ever knew existed.  Everything was normal except the fact that I was 38 and had a high FSH level (something not uncommon at my age).  We had discussions about IUI, IVF and other things, but none of them seemed right for us.  We decided to leave the baby decision in God's hands and continued to hope that our prayers would be answered.

We continued to pray daily and on March 18th got our first positive pregnancy test after a night at Rodeo Houston.  On April 1st we were told that it probably wasn't a viable pregnancy due to no fetal pole showing up on the first ultrasound.  On April 8th we were over the moon excited after the ultrasound showed a fetal pole and a heartbeat, and our nerves were calmed when everything looked normal.  We continued to have ultrasounds each week until we reached 13 weeks...everything continued to look great.  We had our BIG ultrasound at 18 weeks, where we found out that we were having a BOY and again everything looked great.  Zayne's due date was determined to be November 23, 2015.

At 37 weeks (November 3rd) my stomach measured a little "big" and my doctor was thinking that Zayne was going to be a big baby (she mentioned 8.5-9 lbs).  Since I was measuring at 40 weeks, she ordered an ultrasound for the following week prior to my regular appointment just to check on Zayne's size.  My doctor was against inducing since Zayne had not dropped into the birth canal and my body was not doing anything to naturally prepare for labor.  She was trying to avoid a hard labor/delivery for me or an increased chance of a C-section.  She did say that if the next time I saw her, if I was dilating at all, she would reconsider inducing.

At 38 weeks (November 10th) I had the ultrasound and Zayne was showing to weigh 7lbs 1oz (not the big baby that we were expecting based on my stomach measurements). It was determined that my amniotic fluid level was somewhat elevated, but the doctor was not concerned.  My level was not to the level of polyhydramnios, but only slightly elevated.  I scheduled my next appt. for November 17th, and was hoping that Zayne would start getting himself ready and that I would start dilating so that my doctor would consider inducing before Thanksgiving since she was going to be out of town for the holiday.

On November 14th, Zayne was a busy little guy.  He moved a lot that day...tons of kicks up until around 3am on 11/15/15 when I finally fell asleep.  When I woke up on 11/15, he didn’t seem very active.  That wasn't abnormal to me since he was so busy the day before.  It seemed like he had worn himself out.  This had happened throughout my pregnancy, especially if we had a busy softball day with his older sister.  I didn't think anything of it...my Braxton hicks were active most of the day/night and I assumed that Zayne had worked his way into the birth canal and was getting himself ready for his arrival.

November 16th was the day that our story changed.  I was no longer going to be a Mom to this beautiful bouncing baby boy.  I was going to be a Mom to a perfect “sleeping” baby boy that was taken from me before I would even get to see his beautiful eyes and hear his cry.  I was going to be forced to say “hello” and “goodbye” all at the same time.  Our world was shattered.  I was told that I had lost him sometime between 11/15 and 11/16, and at that point we had no idea what had happened.  We just knew that we would not be taking him home to the perfect nursery we had prepared, but instead started to make the hardest decisions and arrangements we’ve ever had to make.

NO family should ever have to deal with this kind of heartbreak or ever have to hear those words.  In our modern society, it is possible to monitor these things closer, but they are not done unless you have already lost a baby due to a cord accident.

We thought stillbirths were a thing of the past or only happened in underdeveloped nations.  We were shocked to find out that in the United States, 26,000 babies – 71 per day – are stillborn – 10 times more than the number of SIDS deaths. One in 160 American pregnancies ends in stillbirth. Worldwide there are over 4 million stillbirths each year. More than half of these babies are at a viable gestational age and could have been saved if we only knew how to recognize that they were in trouble. For most the cause is never known and these babies appear to be healthy. Unfortunately, there has not been enough attention or funding for stillbirth research.

Our minds continue to be filled with the time we got to spend with our perfect "sleeping" baby after his delivery.  We truly believe that God had a greater plan for Zayne, and that he is watching over us, but it is still hard to grasp and impossible to understand.  We cannot accept that God sent us this perfect baby, only to take him away before we even got to meet him without having some sort of reason.  As Zayne’s parents, we do NOT believe that his story is over.  We believe that God intended his life for a reason and the God is using us to help change the statistics of infant and pregnancy loss.  In 2016, we hosted the 1st Annual Zayne’s Anchor of Hope Day to benefit the Star Legacy Foundation.  Our 2017 our event was canceled due to Hurricane Harvey, so our 2nd annual event is scheduled for October 27, 2018.  Please consider joining us!

***All money raised for this event will be donated directly to the Star Legacy Foundation, a 501(c)(3) non-profit organization. This organization is dedicated to stillbirth awareness, research, education, prevention and family support. Star Legacy Foundation is a community of parents, families, and friends of stillborn babies who are dedicated to reducing the number of families impacted by stillbirth, a needless tragedy***

Thanks for your continued love and support!