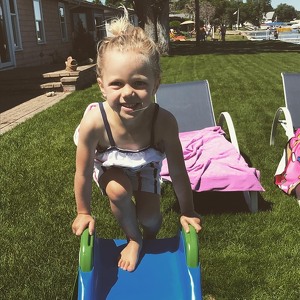 Ellis Kaye Weiss was diagnosed with epilepsy in August of 2017. Ellis And Friends was created as a way to spread awareness about epilepsy and to raise funds for epilepsy related causes. To date, we have raised over $15,000, and we hope to continue adding to this number in an effort to enhance the lives of those living with epilepsy. The struggle is real, and we hope that as Ellis continues on her journey we can also be a resource for others.

• Over a lifetime, one in 10 people will have a seizure, and one in 26 will be diagnosed with epilepsy. There are 3.4 million people in the U.S. living with active epilepsy - that's more than Autism Spectrum Disorders, Parkinson's, Multiple Sclerosis and Cerebral Palsy combined. Yet, Epilepsy receives one-tenth the research funding than any one of those neurological disorders.

• Epilepsy can affect anyone with a brain. According to the World Health Organization, epilepsy is the most common serious brain disorder worldwide with no age, racial, social class, national or geographic boundaries.

• Public misunderstanding about epilepsy causes social challenges like bullying, discrimination, and depression. People don't want to talk about it, but we can no longer ignore it.