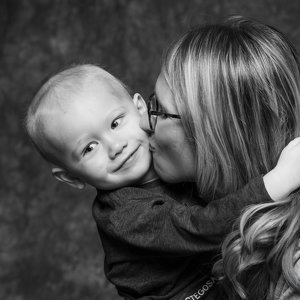 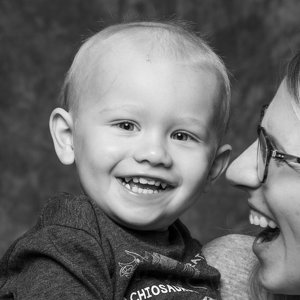 The date Friday, July 28, 2017 will be in our minds forever. That morning I was taking Anthony's one month milestone pictures with Alexander. With being a month into my maternity leave I had lots of plans for the boys. We were going to go to the zoo often, spend lots of time outside and most of all have FUN! We had a big trip planned with my family to have Anthony’s baptism in Greece with Ronnie’s dad and then go onto Sweden to visit more of Ronnie’s family and friends. It was going to be a memorable summer.

Now back to that day we will never forget…Alexander had not been feeling well that week. We were at urgent care the previous Friday and they thought he had a mild ear infection. Then midweek we went to see the ENT since he had recently had tubes put in and she thought he might not have been feeling well because one of the tubes was blocked. After antibiotics and eardrops Alexander still wasn’t back to normal, he was more tired and a few people told us they thought he looked pale. So we called in and ended up going to urgent care right at 5pm as all the daytime appointments we full. We had a pretty inconclusive visit with the doctor, but he ordered a blood test and said he’d get back to us with results later in the evening. So we went out to dinner and Alexander was his happy self and ate really well for the first time all week. As we pulled out of the parking lot our world shattered. The doctor said Alexander’s white blood count was extremely high and we needed to get to Children’s Minneapolis asap. He said Alexander likely had Leukemia, but we needed to get there for more definitive testing. So we drove home, frantically packed bags and headed to Children’s with the rest of my family. We checked into the ER and met with the oncologist right away. A few hours later were admitted up to the oncology floor (aka the 7th floor, aka a second home for us). Initially we were there for 8 days, all four of us by Alexander’s side with family and friends visiting daily bringing us clothes, food and things to cheer Alexander up. Chemo began the Monday after we were admitted and his diagnosis set in as reality. We watched a grueling first week as his little body was bombarded with medicines that in the long run would help heal him, but in the short term presented so many painful side effects. After those first 8 days we were able to come home. It was great to be out of the hospital in our own environment, but very hard to know Alexander was not being watched by doctors and nurses 24/7. The harder part was seeing Alexander at home, but not the Alexander we knew – he stopped walking for a while that first month, he was clearly not feeling well from all the medicines and didn’t have that sparkle in his eye. We stayed home for a few days and then were admitted to the 7th floor again for fevers. In total we were in the hospital 24 out of the first 30 days.

Since then we’ve been in the ER quite a few times, admitted on to the 7th floor for planned and unplanned stays and been to the clinic weekly or more. This is our new life, our new normal for the next three years and beyond.

While the summer was not filled with multiple trips to the zoo, we made the best of it and lived through every smile we saw on Alexander’s face. Most days that sparkle is back in his eye and we are grateful for that. We made it to the zoo once and Alexander got to have fun and run around with his neighbor friend. We spent lots of time outside at Mimi and Bupa’s house (grandma and grandpa) with the neighs (horses) and puppies. And now our basement has been turned into a total kid zone. It is filled with a giant blow up bouncy house including a ball pit with over a thousand balls, an art and educational center and tons of cars, trucks and basically anything with wheels.

Everyday Alexander adores his brother Anthony and constantly shows his love for him and others around him. He is such a fighter despite all he is going through. He amazes us...Every. Single. Day. So we are walking for our Alexander the GREAT!