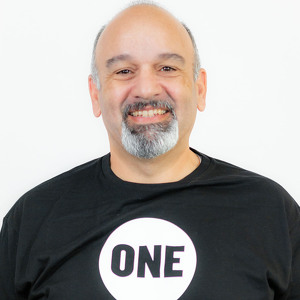 My name is Danny de Varona and I was in the U.S. Army and was fortunate to be stationed at many different places, mostly in the U.S and the Middle East, and met many wonderful people. While stationed near San Francisco over 30 years ago, the HIV/AIDS epidemic was really exploding. I met quite a few people who were themselves suffering from the disease or were directly affected. My fellow soldiers and I were fortunate to receive education by local and military officials detailing the precautions we had to take that helped us understand what was happening around us.

Later, while stationed in Texas, I had a smart, charismatic roommate named "Charles" (not his real name). He was a “newbie shark” who would gladly help new female arrivals get acclimated to life in Texas. While we became close friends, we eventually went our separate ways but stayed in touch as best we could.

Years later, I received word that "Charles" had contracted HIV from a relationship and had passed away from AIDS related pneumonia. I could not believe that this strong, life of the party, buddy of mine had died. Eventually, to keep his memory alive, I got involved with local HIV/AIDS charities; first by donating money, then later, by participating in events. One of the events I am always proud to participate in is the AIDS Walk Miami.