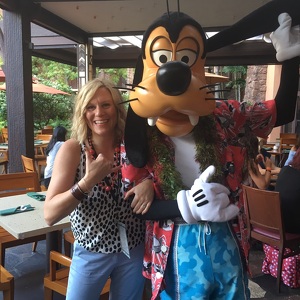 Celebrate with me and Pinky Swear Foundation!

Our Godson, Cooper, was diagnosed with B-Cell Acute Lymphoblastic Leukemia (ALL) at age 8 on July 18, 2016. I still remember getting the call from Stacie. It was the shock of a lifetime. Cooper has battled like a champ for the last three years. His triumphs and how he has overcome challenge after challenge is more than inspirational!  Cooper is also a twin! His brother, Jax is the best support and encoruager, but this road isn’t easy for siblings or parents! Pinky Swear has come alongside the Wendland’s and blessed them greatly along with so many other families!

Please consider supporting this amazing charity as I run the half and full marathon for Cooper!

Here is a little more about Cooper’s story!

Cooper’s kind of cancer is the most common type of leukemia and has around a 3 1/2 year treatment plan for boys.

Cooper's  found his Leukemia through back pain. They found he had multiple compression fractures in his spine where the Leukemia was hiding. Cooper had to wear a back brace for 6 months in order to heal his back, sadly, this meant no sports for him, including recess at school and all the fun stuff him and his twin brother could do.

After the first roadmap of chemo, there was a a second bone marrow biopsy, which showed there was still Leukemia cells in his system. This meant Cooper was considered Very High Risk. Very High Risk meant more medications, and 4 doses of High Dose Methotrexate-all to be administered during hospitalization stays

During Cooper's first hospitalization stay, another bone marrow biopsy was done and this showed no more Leukemia cells! He was considered to be in remission on November 17, 2016!  Cooper still continued on his roadmap of treatment though, to ensure the Leukemia stayed away!  By January 2017, Cooper was able to get out of the back brace and resume normal sports activities.

Cooper currently meets with a tutor to help his memory, as a side effect of the methotrexate can be memory loss. Cooper loves playing basketball, baseball, football - anything with a ball!  He is currently in 6th grade!

In December 2002, nine-year-old Mitch Chepokas, terminally ill with bone cancer, withdrew the entire $6,000 from his savings account and put it in envelopes for the kids on the pediatric oncology floor at the hospital. After giving all of his money away, Mitch made a pinky swear promise with his dad to always help children with cancer and their families after he was gone. Mitch passed away on April 11, 2003, and shortly afterward, the Pinky Swear Foundation was established by Mitch's parents to honor the promise he made with his dad.

Did you know that one out of 11 families who have a child diagnosed with cancer will be forced to file for bankruptcy?

Together we can make a life-changing difference for kids with cancer and their families like Mitch did.

Your tax-deductible donation provides families facing cancer with financial and emotional support, including grants for stable housing, reliable transportation, utilities, food and weekend getaways so they can focus on what’s most important: their child battling cancer.

My goal is to further the mission to support kids with cancer and their families. Are you in?

Helping kids with cancer and their families with financial and emotional support.

I Love My Supporters!