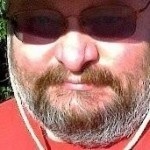 Rotate through various tasks making progress on each.

The town was awesome. Humans and dragons everywhere, living together, working together, thriving together. The streets were wide, paved, and clean in the bustling business district and in the residential neighborhoods. Many houses had what I at first thought were excessively large attached garages. However, when I saw a dragon come out of one, I realized the garages were dragon weyrs. Some houses that didn't have room next to them had a weyr built on stilts as an additional story. Landing and takeoff pads for the dragons were everywhere. Dragons flew past overhead as often as they passed by walking down the street. And, people were everywhere, coming and going, exuberant in everything they did, and often in the company of a dragon.

My tour guide laughed and said, "We're far from being a utopia—we have our problems—but I can tell you about a few of the courageous heroes, both human and dragon, who challenged their societies' beliefs and in so doing changed the world."

Luke believed more dragons with dragon eggs lived in the foothills, but after four days systematically searching, checking eight caves marked on his map and ten smaller ones not on the map, all he had found were empty caves.

His food was dwindling. He'd expected to find fruits and roots, but only dry grass covered this stretch of slope. Earlier, he'd found a berry bush that turned out to be spike berries. The angry red berries were inedible and they had spikes that stuck in your skin. If he didn't find forage soon, he might have to return home with his quest unfulfilled. Despite his growing despair, he remained determined to continue his quest sure that today would bring success. The next cave would contain a dragon egg.

The cave was empty. As was the next. And, the next.

Not all of the caves looked suitable for dragons, but the larger ones looked much like Squawk's cave. What if Squawk's family was the only dragon family in the foothills? He refused to believe that. Surely more dragons lived in the foothills.

A small stream, banks covered with honeystar flowers, provided a refill for his canteen and a slab shaped boulder provided a resting place with a view of the Lurean River Valley with its mixture of golden, late-season prairie grass, patches of shadowy green and brown forests, and farm fields where people were harvesting grain. Moving away from the river, the land made a series of steps each rising higher until meeting the foothills bordering the mountains. The Village of Darmok where Luke lived was on the highest step before the foothills took over. He was higher in the foothills than he'd ever been. The idea of going farther into the mountains was daunting. He worried his quest for a dragon egg was hopeless.

A shadow drew his attention skyward to a hawk's silhouette circling, spiraling downward, coming closer. Then he realized it wasn't a hawk; it was a dragon. He'd never seen a dragon in flight before. Instincts brought primal fear: A monster was coming. He jumped down and ducked behind the boulder. Around him, a dusty gust stirred the grass and from the other side of the boulder came the crunch of dry grass crushed.

A lilting voice said, "What were you doing on my rock?"

Taking deep breaths, Luke calmed himself. It was only a dragon. A dragon wouldn't harm a person. The Paladins' Peace said so. He would not let the dragon frighten or intimidate him. He stood and faced the dragon. She stood on all fours, her tail held high, her head held low, her wings spread wide, and appearing ready to pounce.

Luke struck his confidence pose—feet apart, fists on hips with elbows akimbo, chin held high—and said, "This isn't your rock. It's a public rock." He sat on his end of the boulder and faced the valley.

The dragon closed her wings, climbed on the other end of the boulder, sat on her haunches supporting herself with her arms, and wrapped her tail around her hands and feet. After a glance at Luke, she bent her ears back, and with the chin on the end of her wedge-shaped snout held high as Luke had his, she stared out at the valley in the same manner as Luke.

Yellow highlights indicated the dragon was female, but she was not as large as Squawk's parents who were seven times longer than Luke was tall. This dragon was only five times longer.

After listening a while to the wind whispering through the grass, a wind that carried the scent of honeystar flowers that made him long for home, Luke felt compelled to speak, but didn't. Dragons were patient, but he was determined to outwait the dragon. It was a matter of pride, and stubbornness.

After a long wait, the dragon said, "This rock is my rock."

Luke responded, "It is not."

After a while, the dragon spoke again. "I have seen the humans at a distance, but I have never met a human."

"I've met dragons, three of them."

The dragon glanced at Luke. "You are smaller than I expected a human to be."

The dragon wiggled. "I am ten years old. I will grow larger."

The dragon spoke a short, musical "Oh," and said, "You are a human child. Now I understand why you are small."

"You too are a child. That's why you're small."

"I am not a child." She sounded offended.

"You're ten. We're not much different from each other."

The dragon looked at her hands, extending her talons to examine them; looked over her shoulder at her wings, which she fluttered; and flicked the end of her tail where it was wrapped around her feet. Then she turned to Luke and tilted her head for a moment as she examined him before she said, "We are significantly different."

"That's not what I mean. You're ten and I'm ten. We're both ten-year-old children."

"Ten years old is old enough to begin my Emancipation Cycle and live on my own. And, I too am almost eleven years old."

Jake cocked his head. "Dragons move away from home when they're ten?"

The dragon dipped her head. "Normally, dragons do not begin their Emancipation Cycle before they are twelve years old, if the dragon is mature enough." Then she lifted her head. "I am mature enough now, but my parents disagree. I come to my rock to be angry."

"I am angry with my parents. I am not angry with you, even though you are sitting on my rock."

"My parents say children are to be in the weyr at night."

The dragon snapped open her wings, and with a mighty wing stroke and a powerful push of her legs, launched herself into the air, veered south, and sped away.

Her sudden departure had surprised Luke, but he was glad she'd left. He was encouraged by the meeting, though. The world really was changing if he could talk to a strange dragon, and it was proof other dragons did live in the foothills. Donning his pack, he continued his quest by seeking a dragon egg in the next cave.