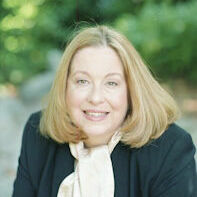 My goals include a number of writering activitites. I usually write between 500 and and 2000 words a day, but I also edit rigorously, submit short stories, and prepare novel manuscripts for publication. I will be doing all of these most every day, and I will appreciate deeply the encouragement you give me by donating to Clarion West.

An excerpt from "Thirty-five and Change" published in Save the World, a new anthology.

The plasma cloud changed my life.

The pundits called it everything from a piece of an Einstein-Rosen Bridge to snot sneezed from the next galaxy over. It acted like a comet made of energy. The first time I saw it, bright shamrock green with random smudges of translucent colors undulated across the sky. It thinned from a wide ribbon to a thread at its tip. Caught in the Earth’s gravitational pull, the plasma orbited from pole to pole. At night, it lit the sky like the Aurora Borealis. It remained unseen in the daylight, except for a wavering, unfocused image of the long tail, ensuring that it was never completely out of mind. There is a truism that after three days of a significant change, life goes on like it has always been that way. The plasma phenomena proved that to me even though it took three months to become part of the background scenery of most lives.

Astrophysicists had known something was coming for years. The rest of us paid no attention and were surprised.

The plasma maintained its orbit. Students of things orbiting the Earth studied the plasma continually. Shuttered observatories were brought back into service since the plasma was easy to see and the scientists wanted as many points as possible to track its path.

Space craft explored the plasma. The first articles about that were the news that some had disappeared. All over the world people just dropped out of sight. No one knew when the first disappearance happened. People had been made to disappear by governments forever, and the average run of the mill missing persons numbered in the hundreds of thousands each year. The new, worrisome disappearances were witnessed. One or two people would be touched by a strand of green light and be gone. A woman from the Congo said it was like they were snipped from the picture, and her description was the one people needed. "Snipped" became the word, in a myriad of languages, for the disappearances.

My Stella Fargo mystery thriller novels, The Devil’s Safe, and Making Angels are available online and in bookstores.  My short stories and poems appear in Save the World, Black-Eyed Peas on New Year's Day: An Anthology of Hope, Low Down Dirty Vote Volume II, Alternate Theologies, and her poetry may be found in the poetry anthologies 300K, Timeless Love, and other periodicals. The third Stella Fargo novel "Leaps of Faith" will be published in the fall.

I have extensive non-fiction credits, including a technical "bible" on a long dead software products and ghost writing for the major software technical writer of days gone by.