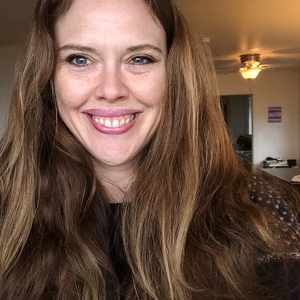 If you're here, you're a champion of Clarion West. I've been involved in the workshop since 2010, when I was a student. The workshop set me on my path as a writer and helped me join a community of dedicated speculative fiction writers that became my found family. I'm participating in this year's Write-a-thon because I want to champion writers the same way I was championed. And if you're here, you're doing the same thing. For this summer, my goal is to restructure, revise, and prepare my novella BAD TIMES AT THE GORGON'S DEN for submission to publishers. There's a sample below. Thank you for your support!

You don’t come to a city to do anything except to lose yourself in the bodies. At least, that had been Ess’s whole jam. Come to L.A., get a dive in Korea Town, where fuschia floss silk tree flowers bloomed beside the barred windows of her apartment and clamored to her from outside the glass. Thorns scratched their names into the glass, begging her to come back to them, to remember. It was all a ploy on behalf of her sisters, and she knew it. Come back, they’d etched. All it did was leave her with gouges she had to explain to her landlord, Mr. Park, who didn’t speak much of her language, and she didn’t speak much of his. And neither of them liked to speak in English unless they absolutely had to. In this case, on this last inspection Mr. Park raised his silvered eyebrows at the scratches, but didn’t seem to care. They were coming from outside the apartment, after all. He only nodded to her and closed the apartment door, leaving her in silence. She shut the curtain over the message and the shards of sunlight that cut through the bars.

She’d really thought she could get lost on her own here, be on her own. The network had tried to ensure that much. Cyrus gave her papers, helped her blend in. It was part of his duties, he’d said. But he’d also given her the mask. Which had saved her. She’d been so free.

But she should’ve known her family wouldn’t let her stay lost for too long. Not after what she’d done to their father, entombed as she’d left him. They were tight, the saying went. They weren’t supposed to have found her so easily. But she didn’t give in, the messages be damned. She stayed in L.A. She got a job at Cyrus’s bar, the darkness her safety. She kept her mask in place so no one could see her true face.

Then she met Mills. He hung out at the bar, night after night perched on the very last stool, slouched into himself. If L.A. was her refuge, Easy’s must’ve been Mills. If you were a regular at Easy’s, chances were Cyrus had taken an interest in you. One night she passed him a tall boy and his fingers grabbed the can before she could let go. Their fingers grazed and it jolted Ess. She’d spent so long avoiding direct touch from anyone, that Mills was the first who’d touched her hand in…she couldn’t think of when. For all that it mattered, he may as well have been the first, for how much it got to her.

He didn’t seem to realize what he’d done, though. He threw back the beer like he’d been dying of thirst and the swill was the shimmering stream that came from nowhere to save him. Ess leaned against the backbar, grateful for the darkness. Her true face twitched behind the mask and she longed to yank it away, to set herself on this strange man and be done with the whole suffering ordeal she knew would come. It was bad enough she had to hide her true face, but he was, to put it lightly, a drunk. Anyone who watched him come into Easy’s night after night would know this was going to end badly.

But she didn’t pull off her mask, and she didn’t stop herself from leaning toward him, to look past the drunk on the blistering stool and to look into what brought him all the way out here, to the edge of everything.