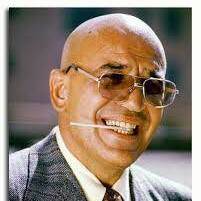 I write science fiction and fantasy short stories and short plays. My general goals are to continue to increase the level of my writing and to advance towards being able to sell stories at the professional level.

For the Write-A-Thon, I'll be concentrating on my playwriting.
- I will write a short play for the July 2022 Writers Nightmare show at The Pulp Stage in Portland (http://thepulpstage.weebly.com/).

- I will write a second short play (10-minutes) using a concept I've been playing around with for a while, working title TIME AND TIME AGAIN.

- I will write and revise a longer (approx 1-hour) one act play, working title MURDER AT KALPANA SPACE DOCK

I maintain a personal blog at https://jeffsoesbe.wordpress.com/. I'll be tracking my writing progress here as well as at the blog. I also have an Instagram (jeffsoesbe) and a twitter (jeffsoesbe).

- The play for Writers Nightmare, titled "ALLEYWAY OF BROKEN DREAMS", has been finished. It will be performed as part of the show on Thursday 21 July. Show starts at 8pm, more details at The Pulp Stage website (http://thepulpstage.weebly.com/).

- I've finished a "zero draft" (conceptual bits and pieces) for the second short play, tentatively titled TIME AND TIME AGAIN. I'll be finishing a first draft while I'm at the Cascade Writers Conference the weekend of July 15-16.

- I've finished first drafts of three scenes for MURDER AT KALPANA SPACE DOCK, the longer one-hour play. I have the play blocked out for seven scenes in total. On track for finishing by the end of the month.

- I have a couple stories in submission, but they've come back and need to go back out. I will get on that.

- I got a slight head start. I have a "zero draft" of a 10-minute play that might or might not be usable for Writers Nightmare. We'll see. I also am working on a "zero draft" of the KALPANA SPACE DOCK play and have the first two scenes in zero draft form.

I maintain a list of all my publications and play productions on my blog at: https://jeffsoesbe.wordpress.com/about/

If I have any new productions or sales during the Write-A-Thon, I'll make sure to *shout* about them here!