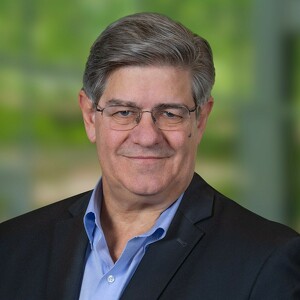 Mr. Turley is the retired Chair and Chief Executive Officer of Ernst & Young (EY), a global professional services firm comprising of approximately 300,000 people in over 150 countries. He led the firm from 2001 until his retirement in June, 2013. Mr. Turley joined EY in 1977 and held various positions until being named Regional Managing Partner for the Upper Midwest in 1994, and for New York in 1998.  He was named Deputy Chair in 2000 and Chair in 2001.

Mr. Turley holds an undergraduate degree and a master's in accounting from Rice University (and finished his term as a member of the Board of Trustees in 2015). He has been a long-term member of the National Board of the Boy Scouts of America and served as its Chair from 2018-2020. He currently serves as Chair of The Muny, a St. Louis-based 100 year old premier theatre company.  He also served on the board of Catalyst from 2001-2013, serving as its Chair from 2009-2013. Prior to his retirement, he was a member of the Business Roundtable and IBLAC (International Business Leaders Advisory Council for the Mayor of Shanghai), and was co-chair of Russia's Foreign Investment Advisory Council. He also chaired the Governing Board of the U.S. Center for Audit Quality from 2007-2011.

He and his wife, Lynne, have a married son and two grandchildren.