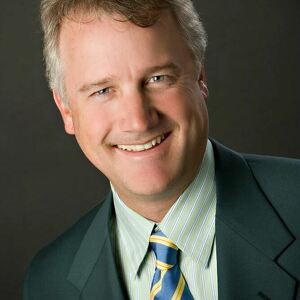 Dancing with the St. Louis Stars 2023

Dan is President and Owner of GAT Finishing Systems. Founded by Dan’s Grandfather in 1958, GAT has been a leader in the finishing systems industry, using innovative and patented technology and processes to design, fabricate, and automate every component of powder and wet coat paint finishing systems for manufacturing companies across North America. Now in its fourth generation, GAT employs 50 people, and prides itself in employee retention. Prior to his involvement at GAT, Dan spent 6 years in the banking industry: first at Mark Twain Banks and subsequently at smaller community bank, Century Bank. He holds a B.S.B.A. in Finance from Tulane University, where he played football for the Greenwave as a placekicker.

Outside of GAT, Dan has ventured into St. Louis real estate development and purchasing and building multi-tenant office warehouse facilities over the past 25 years.  More recent activity has led to multi-family housing in the Pensacola area working as sponsor/advisor with a nephew in this field.

Dan and his wife of 30 years, Lisa,  have lived in St. Louis their entire lives, excluding years away at college. They have three daughters. Grace (23) is pursuing a Masters of Architecture at University of Virginia. Janie is studying economics at Boston College, and Ava attends Mary Institute and St. Louis Country Day School. He also greatly enjoys walking their English Cream Golden Retrievers, Pippa and Winnie.

His dance number will be choreographed and coached by the graceful Deepika Gomes of Convergence Dance and Body.