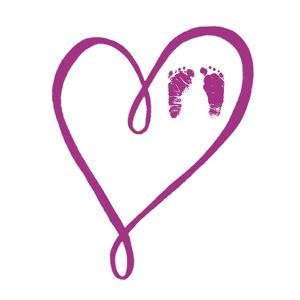 You may have read the text below before.  I love to reread my account of Henry's time with us.  As memories fade, our love and longing for our boy never will.  We continue to participate in Lydie's Loop as this community has been instrumental in healing our hearts, and we believe strongly in education to help more families deliver healthy babies.

Baby A.  Our boy.  Our son.  McKenna, Ethan, Everett, Owen and Austyn's brother.  Owen's twin.  He was an integral part of the greatest surprise ever, when we were told there were two babies, and the happiest/saddest day ever, when he entered the world silently 2 minutes before Owen via emergency C-section.  My sweet Henry.

I prefer to write to Henry rather than about him.  I think of all the things I want to say to him.  I also think of how I would tell his story if he were here, just like I tell Everett, Owen and Austyn their stories.

On March 29, 2016, a Tuesday, Mommy was at work. I had planned to work until the moment you and your brother decided to make your appearance, so that all of my leave would be spent with you.  I was in my boss's office, going through a list of projects to pass off.  Mommy wasn't planning to be in office again after that day - you boys were weighing so heavy on my hips and back, and I was always tired.

Your birthday was the week after Easter.  Grandma had come to stay for the weekend to help take care of Everett.  Our family friend, Megan, took maternity photos on Saturday- it was pretty spontaneous, as finding time for photos was nowhere near the top of my priority list. Thank God she called me. Grandma came to church with us on Sunday.  Easter. You and Owen both had the hiccups at church. Grandma felt them.  I took video of my belly that day.  I cried at church as the band played “How Deep the Father’s Love for Us/There’s No Place I Would Rather Be.” I was so overwhelmed to be blessed with TWO babies this time, and felt every drop of gratitude in the emotion of the song.  The whole family was together, and we went to brunch.  I tried to imagine how crazy "our show" would be with adding two infants soon.  Booths at Bob Evans wouldn’t hold our 7 person family!  Monday came and went with the normal routines of the day.

Tuesday. In my boss's office, I began to experience tunnel vision. Then I began to lose feeling in my fingertips - though I hadn't had carpel tunnel throughout your whole pregnancy.  In fact, I gained less weight with you and Owen than I did when pregnant with Everett.  I had no blood pressure issues, no blood sugar issues, no spotting, no concern whatsoever.  My body was excellent at carrying 2 babies.  I wished you would both flip head down, but you were head to head – you breech and Owen transverse, the entire pregnancy.  I joked that we were certainly in for trouble, because you two were already talking and scheming twin shenanigans in utero.  If you didn’t come before, you would be born at 38 weeks + 1 day, on April 12.  But at 36 weeks + 1 day something was off.

I called my doctor from a cube right across from the admin desk, as I was watched to make sure I didn't pass out.  I never thought I would.  The doctor said to go to Labor and Delivery, since you boys were far enough along to come at any time.  I called your Daddy and told him to get in the shower and meet me there, and I called my Daddy and asked him to take me to the hospital.  It was clear your Grandpa was worried, but he was wonderfully calm and distracting.  I didn't know what to think - so I defaulted to "don't think anything until you know."  I’ve learned to not try and picture how the future will go, but accept that I’ve done all I can and let God control.  I didn’t know how relevant that was about to be.

Grandpa dropped me off at the hospital entrance, and Daddy joined me to check in.  There was no hurry at all through the check-in process, as I wasn't sure there was something really wrong, and the staff seemed to follow my lead.  We were taken back for a doppler.  In the triage room, the nurse moved the wand around, tagged Owen's heartbeat and strapped down the fetal heartbeat monitor on my giant belly.  Then she moved the wand looking to find yours.  She would pick up something faint, and I'd wish she would tighten that belt down in place, but it was just the echo of Owen.  She left the room and came back with a resident and an ultrasound machine.  My heart was in my throat.  I might have known you were gone, but couldn't process it.  Then there was the picture.  That ultrasound looked NOTHING like any of the others that we'd been having every week.  We saw your bones, your figure, but no movement.

Your last ultrasound was kind of like the first.  Daddy and I knew what we were seeing.  We were shocked.  Then the words we knew but hoped wouldn't be spoken, "I am sorry, there's no heartbeat."  But we were ready to meet you!  We were pretty sure today was the day.  We didn't know we'd meet on the other side of Heaven's gates.

Tears didn't fall immediately with the shock, but quickly overflowed as Daddy and I squeezed hands.  I listened to Owen's heartbeat SO HARD.  From that moment, all of my actions were for him. How could I mourn you with the anticipation of meeting your brother? We still had such blessings to come, and he was dependent on me. My response was calm and informative.  It was a primitive thing - the only option.  Owen showed no signs of distress, so Mommy would not either.  I don't know if he knew you were gone.  Often I forget now that you two would be doing everything together... that we'd be referring to "the twins".  You became separate from him at that moment.  I was familiar with how to handle one infant, so I would do everything I knew.  Daddy was so upset. I can still picture his face.  I wanted to take care of him too.  I immediately thought of your Bubby and Sis and Everett.  Everett was safe.  He was young and would accept whatever we told him.  He didn’t have expectations of you – just the pure innocence of toddler love.  But McKenna and Ethan – there was no protecting them from the heartbreaking disappointment.  God I wished I could.  We called Grandpa back and told him.  We called Grandmas. We called your aunts and uncle, Sissy and Bubby, and our pastor.  And everyone that could be was there in record time to support us.

I didn't know you were born at 5:27pm, until 5:29pm when I heard Owen's cry and looked into your Daddy's red teary eyes, and asked the question. “Is he out yet?”  Until that moment, there was still a chance.  Though my head knew better, and Mommy's head wins 99.8% of the time, my heart held out hope for a miracle.

You, my sweet boy, were so beautiful.  You looked like Everett more than Owen, I thought.  You had brown hair that was a little curlier than your twin's. You were 6 pounds, 4 ounces and 18.5” of perfection.  And Mommy was so proud you were mine.  We named you Henry Donald and your brother Owen Richard, after the two greatest men in my life before your Daddy – my grandpa and yours.

We got to say goodbye to you for several days, all because of the kindness of another family who lost their baby like we lost you. They donated the Cuddle Cot you laid in. They read the same books to their girl that we read to Everett before we even thought of you.  The same books we read to you and Owen while you were growing in my belly. The same books we stumble through holding back tears, but read still.  There was connection, though one we would gladly give up for two heartbeats.  Lydie's family is connected to your story, and we participate in Lydie's Loop for you, for her, and for so many others - far too many - who are gone before they open their eyes.  I love you, sweet Henry, with all of my heart, and my soul misses you every second of every day.