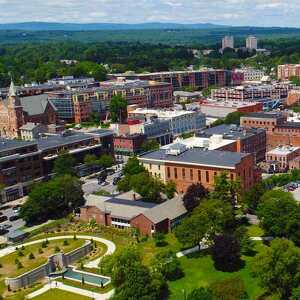 In April of 2019 Dawn started to experience balance issues after returning from a trip to Florida.  Her symptoms continued to get worse and new symptoms were developing everyday.  After numerous trips to different doctors and hospital stays on July 16, 2019, our family received an earth-shattering diagnosis.  Dawn had sporadic Creutzfeldt-Jakob disease (CJD).  Her family surrounded her and cared for her while the disease rapidly progressed.

She a was a loving wife of 32 years, mother of four kids and a Mema of four grandchildren and anticipating the arrival of her fourth. She cherished her family and loved spending time with them. Not only did she give selflessly to her family she extended that to her work as a caregiver for all of her patients. She was a beautiful woman who was one of the most loving, caring, and selfless persons we were blessed to have in our lives.

We decided the day of her diagnosis that we were going to become a voice for her by forming Dawn’s Army! We couldn’t believe this devastating rare incurable disease could happen to her and we knew we had to become her warriors. We immediately got a second opinion and started researching this rare, debilitating disease and realized there was no hope of saving her. We were by her side until she left this world on August 20, 2019 and our fight for her will continue until we can find a cure.

We started our strides journey by participating in a strides4cjd walk in Boston, MA in October 2019.  It was at this walk that we decided we wanted to hold our own walk locally in NY and strides4cjd Saratoga was started.

Creutzfeldt-Jakob Disease (CJD) is a degenerative brain disorder that leads to dementia and, ultimately, death. Initial signs and symptoms typically include personality changes, anxiety, depression, memory loss, impaired thinking, difficulty speaking and/or swallowing, and jerky movements. Worldwide there are one and a half to two cases diagnosed per million population each year.