In 2012 at the too-young age of 33, Elaine Woehlert’s son passed away. He was only sick for a few months. First doctors thought he had multiple sclerosis, then they thought he should be evaluated by a psychiatrist. When he went to the emergency room the final time, after only a few days, he was moved to hospice and then passed of Creutzfeldt-Jakob Disease (CJD). The only way they identified the cause of death was from his autopsy.

The incidence of CJD is approximately one and a half to two people per million per population per year. In the United States this translates to approximately 550- 600 new cases per year. But it is well known that CJD is very difficult to diagnose, leading to speculation that this incidence may be incorrect. What Elaine experienced with the lack of diagnosis of her son happens all too frequently.

Spreading awareness and supporting medical education for physicians is one of the reasons Elaine now hosts Strides for CJD in Portland, OR. For Elaine, the event is an annual tribute to her son’s life, gathering of other community members who have had a devastating experience with prion disease, and fundraiser for the hope that nobody will have to go through what they went through. At the event, families say the names of all who have passed and share photos at the memory table that is set up. There is live music playing bluegrass and door raffle prizes to raise money.

To donate to Strides for CJD - Portland text Strides2022 portlandstrides to 50155. 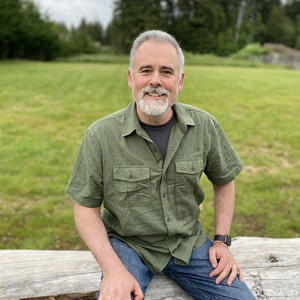