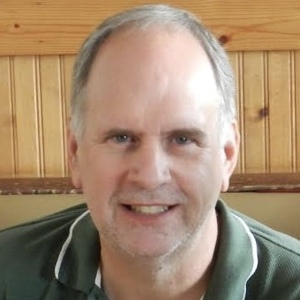 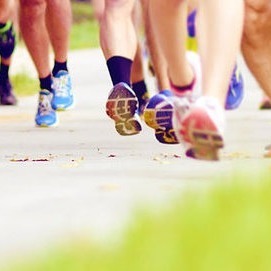 My dad, Pat Golden, was the most selfless person I've ever known. He did absolutely everything for my mom, sister, and me simply because he wanted to take care of us, not because he felt like he had to. He was the glue that held our family together, and he was our rock. He was known for his light-hearted sense of humor, and he had a gift of being able to make us laugh. My dad was also a very intelligent person. He worked as a civil engineer for the Army Corps of Engineers for over 31 years. I always felt like there wasn't anything that my dad didn't know. To me, he had all the answers. I always knew I could count on him no matter what.

In July of 2016, my family and I began to notice that my dad was repeating things, and there were changes in his memory. He started making notes for himself and leaving them on the kitchen counter. He asked my sister, Shannon, where to send the water bill one morning. He could no longer balance the checkbook and asked my mom to do it. By the end of the month, these changes were becoming more noticeable and frankly, quite frightening. My mom and I tried to talk to my dad about some of the things we were noticing, and he got mad at us. He told us, "I think you are the ones going crazy." How incredibly scared and confused he must have felt. The following week, my dad called me as he was leaving work. He made a comment about getting home that scared me. I reassured him that we'd be right there if he ever felt he couldn't make it home on his own. He responded with, "I don't think I'm at that point yet."

During the first week of August, my parents went to see my dad's PCP who diagnosed him with depression. After that, my dad stated, "I'm not depressed, but I will be after this." Two days later, we spent the day in the St. Clair Hospital ER waiting on tests. The doctors suggested my dad stay overnight so he could have more tests done and see a different PCP, psychiatrist, and neurologist the next day. After seeing those three specialists, we didn't feel like we had any more answers. Three days later, my dad ended up taking the next day's pills and supplements from his pill box. He made a comment to my mom indicating how proud he was for doing this, but she had to tell him he already took his medicine for the day, and he had just taken tomorrow's. I think this freaked him out, and we were worried because he took medication for his high blood pressure. My mom spoke to a medical professional, and we were given some relief. After my dad took a shower that evening, he started hallucinating. Again, we drove to St. Clair Hospital. My dad told the doctor he had already been through this, and he just wanted to find out what was going on so he could get better and return to work. Unfortunately, my dad never returned to work.

Throughout the month of August, my dad continued to slip away from us. In addition to his continuous memory loss, he experienced confusion, hallucinations, aggression, increased anxiety, personality changes, and the loss of balance, appetite, and the ability to care for himself. His speech became unclear, and he rubbed his eyes a lot which made us think his vision was declining. He sometimes would act in violent ways and make verbal threats towards us. Other times, my dad would exhibit child-like behaviors. My dad was no longer himself, and our hearts were breaking into millions of pieces. My mom, Helen, became his 24/7 caregiver. She had to help him with literally everything. My parents went to various appointments and tried to get answers as to what was going on. It became a fatal waiting game. My sister and I did everything we could to help while trying to respect my dad's privacy. It was a lengthy process to prepare my dad for bed each night, and it typically took up to two hours just to get him to lay down in bed. His cognitive abilities were rapidly declining. Things that my dad had known how to do all of his life had now become foreign to him.

Sometimes my dad would show signs of recognizing that something was wrong. One day, he walked over to my mom with tears in his eyes, hugged her really tight, and said, "I guess I'm like a baby now." On September 6, my dad was taken to Allegheny General Hospital. He was given Keppra which put him into a coma for the rest of his life. On Tuesday, September 13, my dad was diagnosed with a rare, neurodegenerative disease called Creutzfeldt-Jakob Disease. CJD is a rapid form of dementia that has no treatment or cure. My dad stayed in the hospital, mainly the ICU, for about 3 weeks. The hospital became our home for the time being. On Monday, September 26, my dad was transferred to a hospice facility. We stayed there with him for 2 weeks and 2 days until he passed away on Wednesday, October 12, 2016, 13 days short of turning 58.

Watching a loved one live with CJD makes a person feel absolutely helpless. We decided to attend the Strides for CJD event in Cleveland, Ohio in October 2017. It was a beautiful day and comforting event. I immediately knew I wanted to start a Strides for CJD event in the Pittsburgh area. We hosted our first Strides for CJD event in 2018. My mom, sister, and I host this event each year to keep our husband's/father's memory alive. This disease didn't allow him to fight for his life, so in hosting Strides for CJD, we are fighting in honor of my dad and all others who lost their lives to this horrific disease. Strides for CJD allows us to connect with other families affected by this disease, in addition to raising awareness and funds to support CJD research. 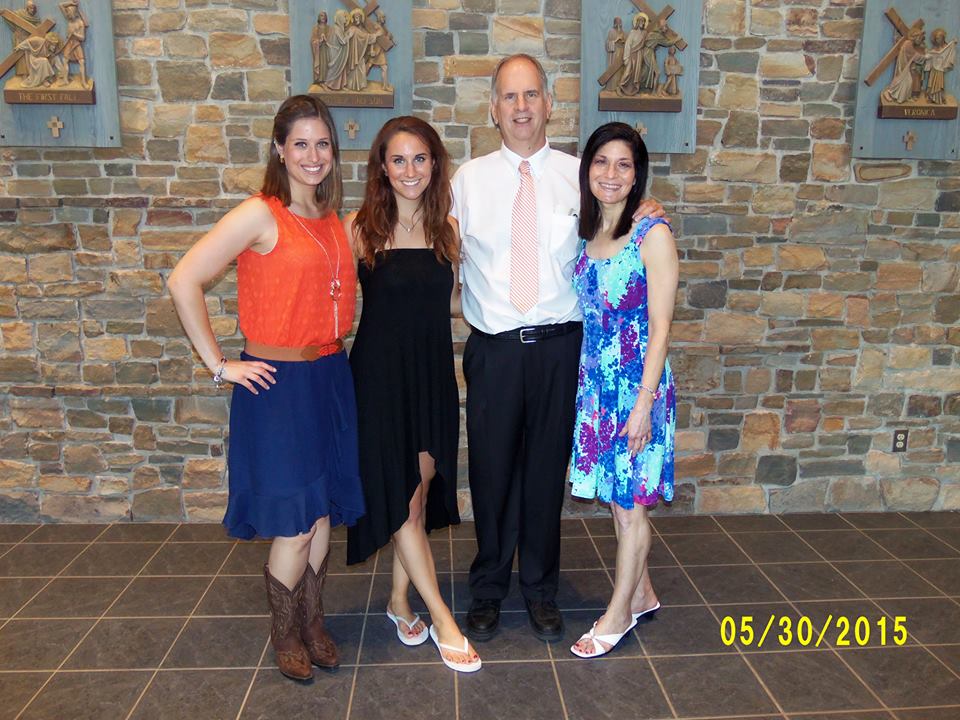 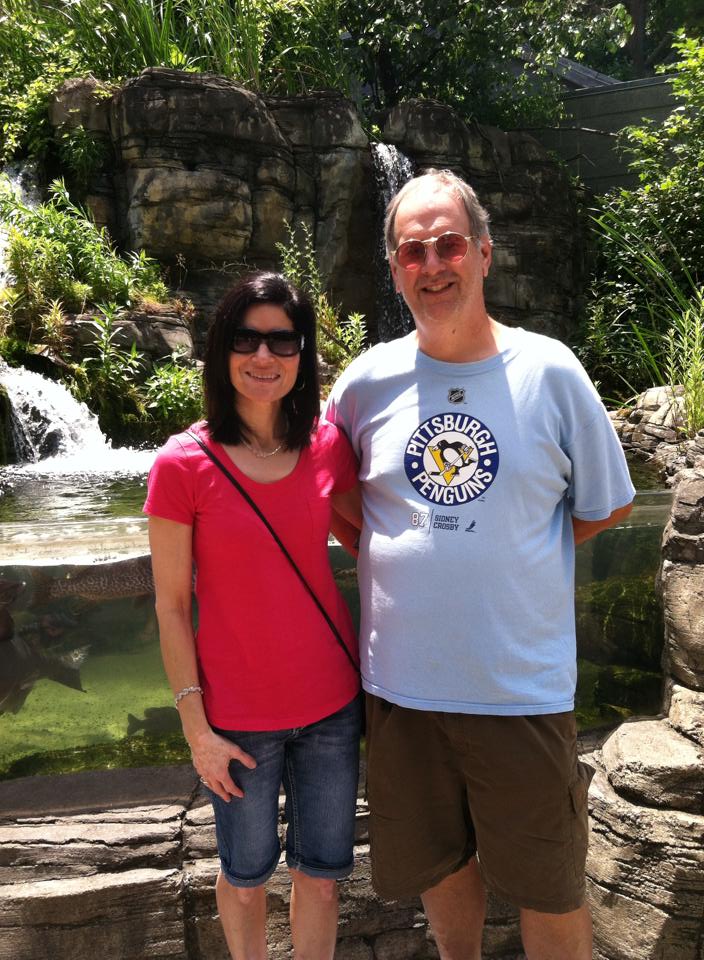 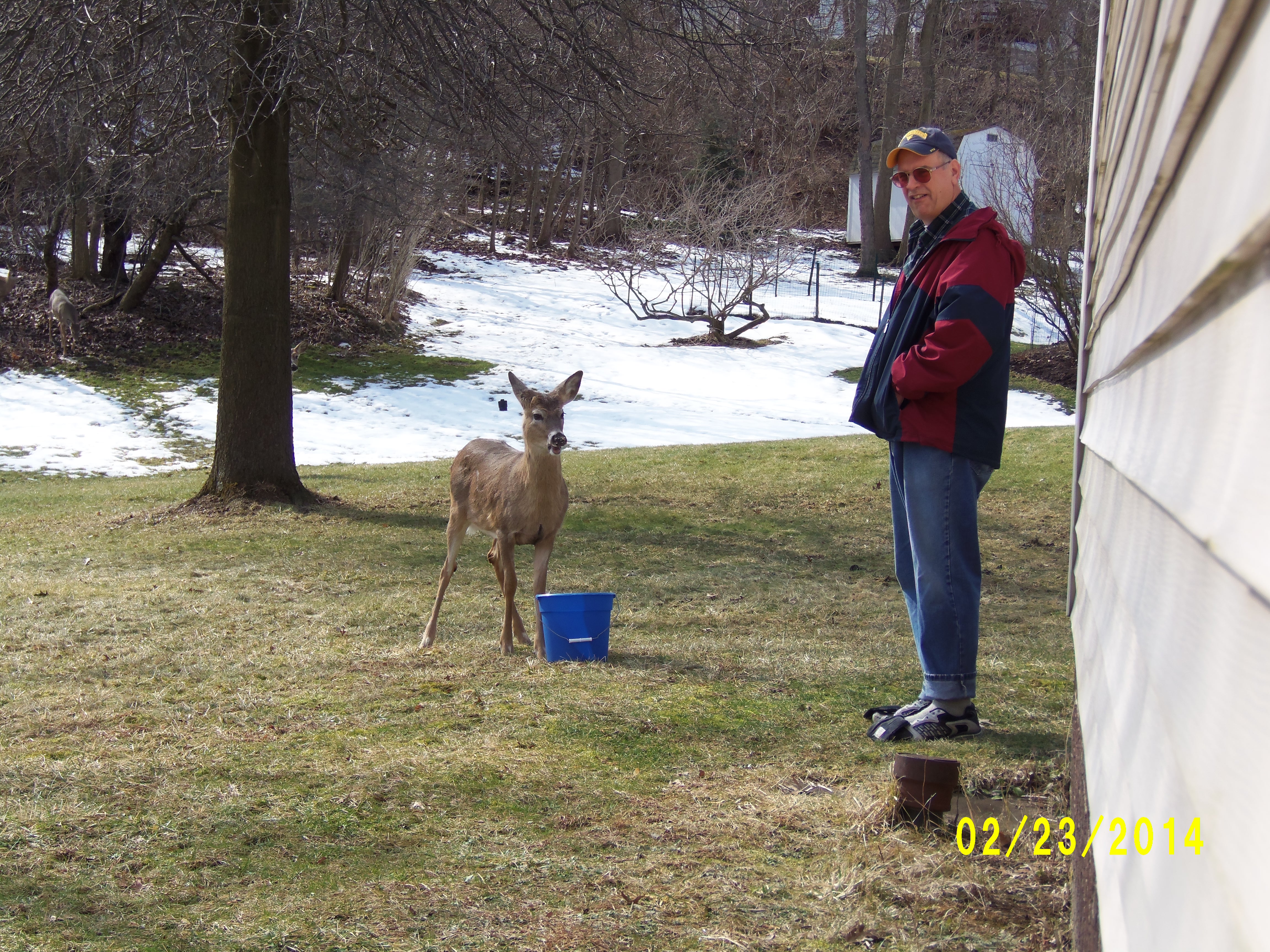 Pat LOVED the deer, and the deer loved him. :) 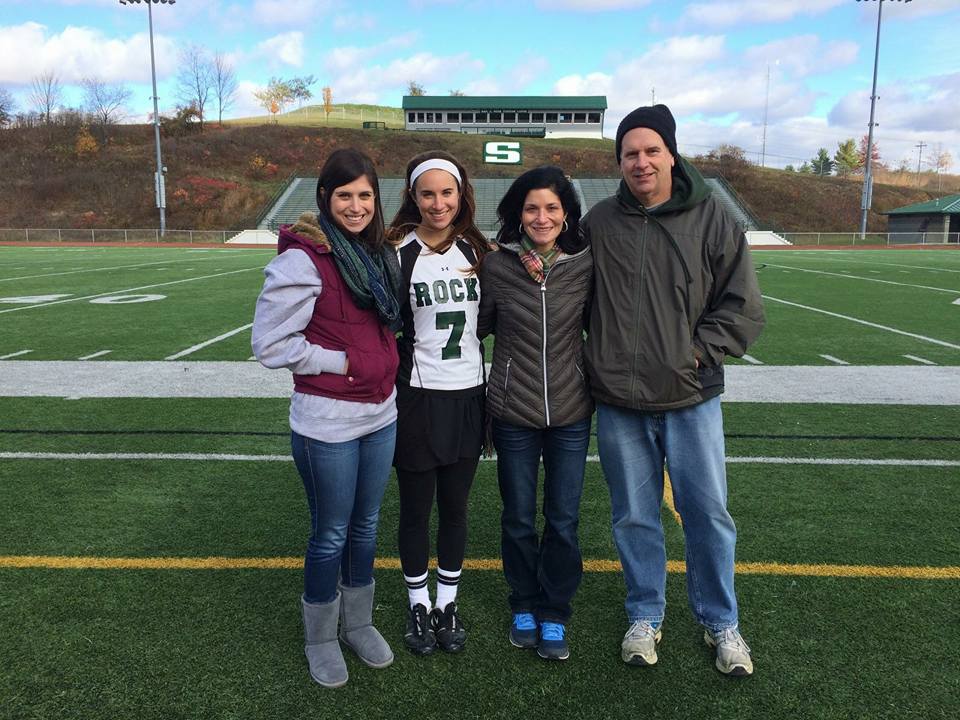 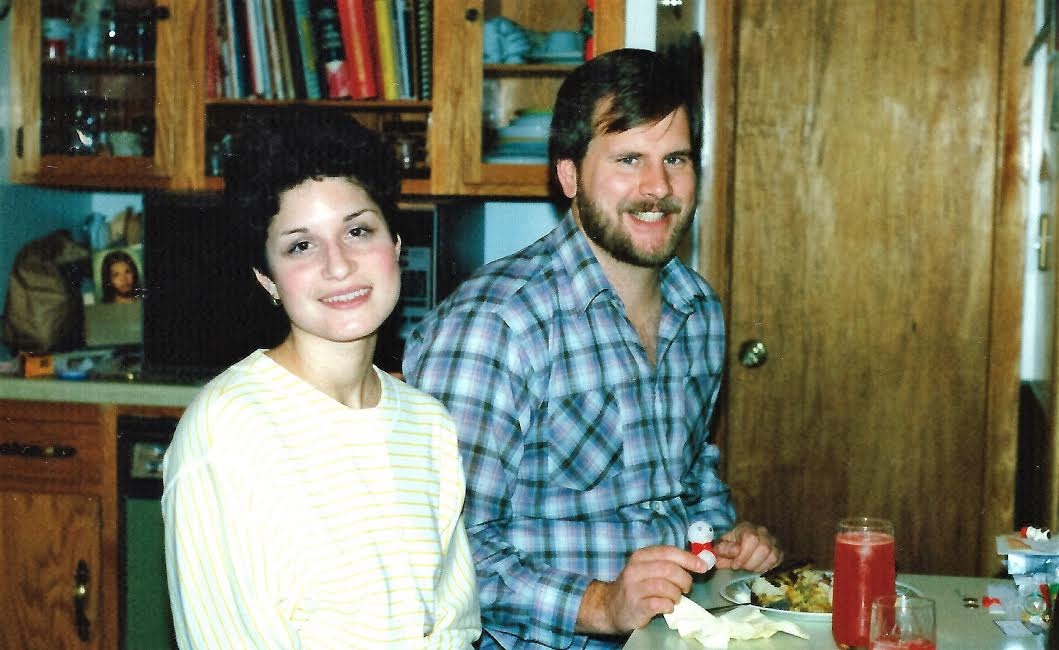 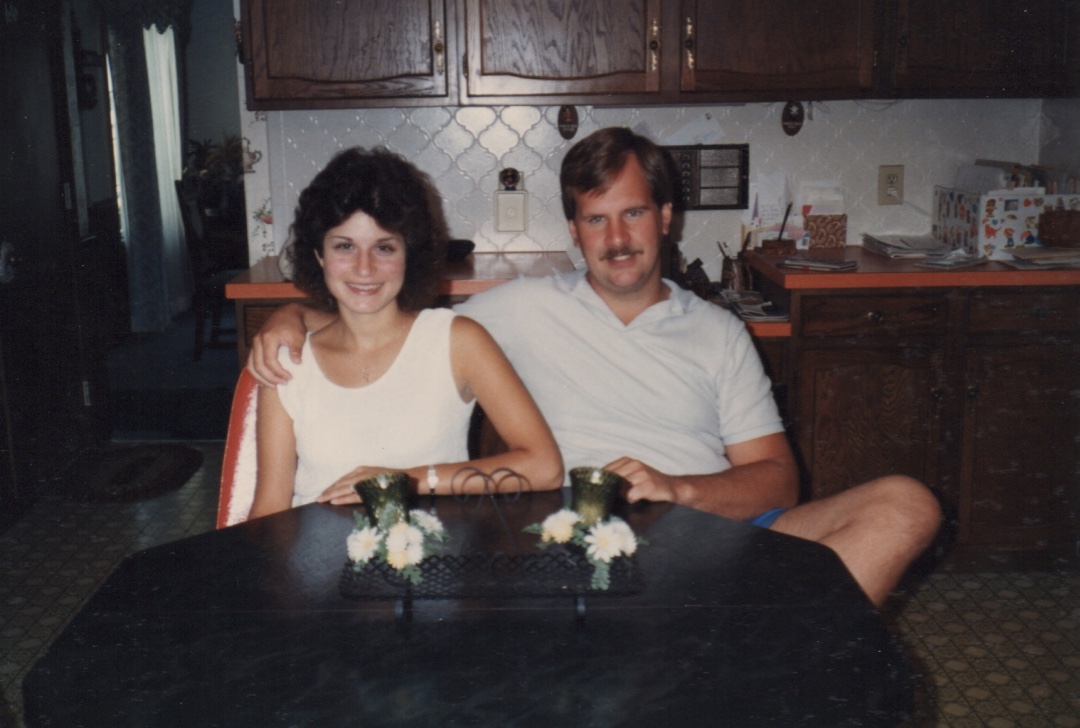 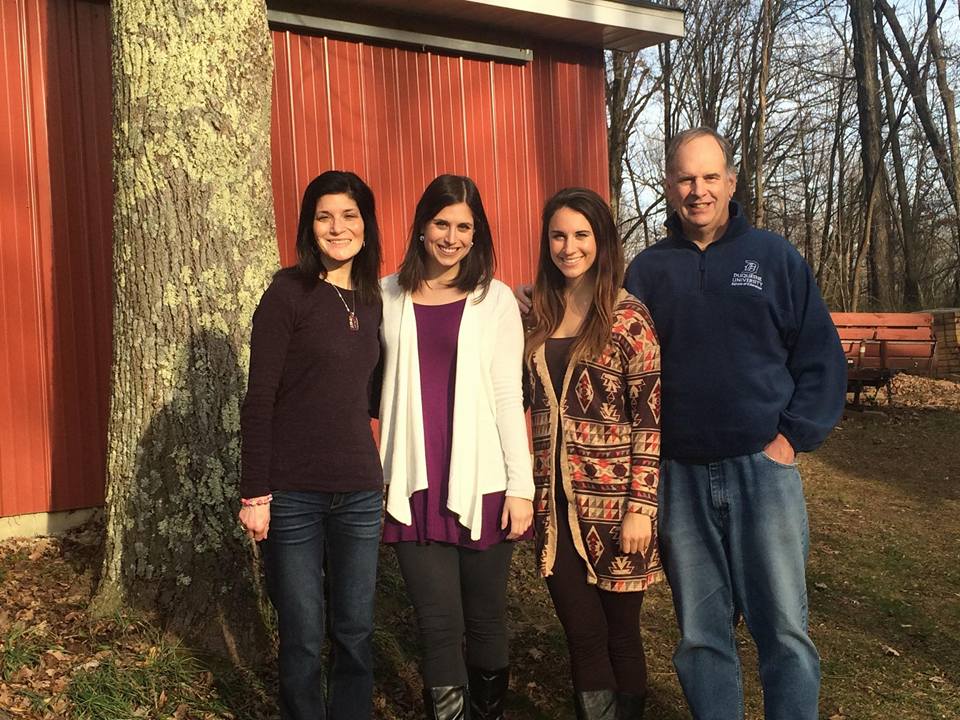 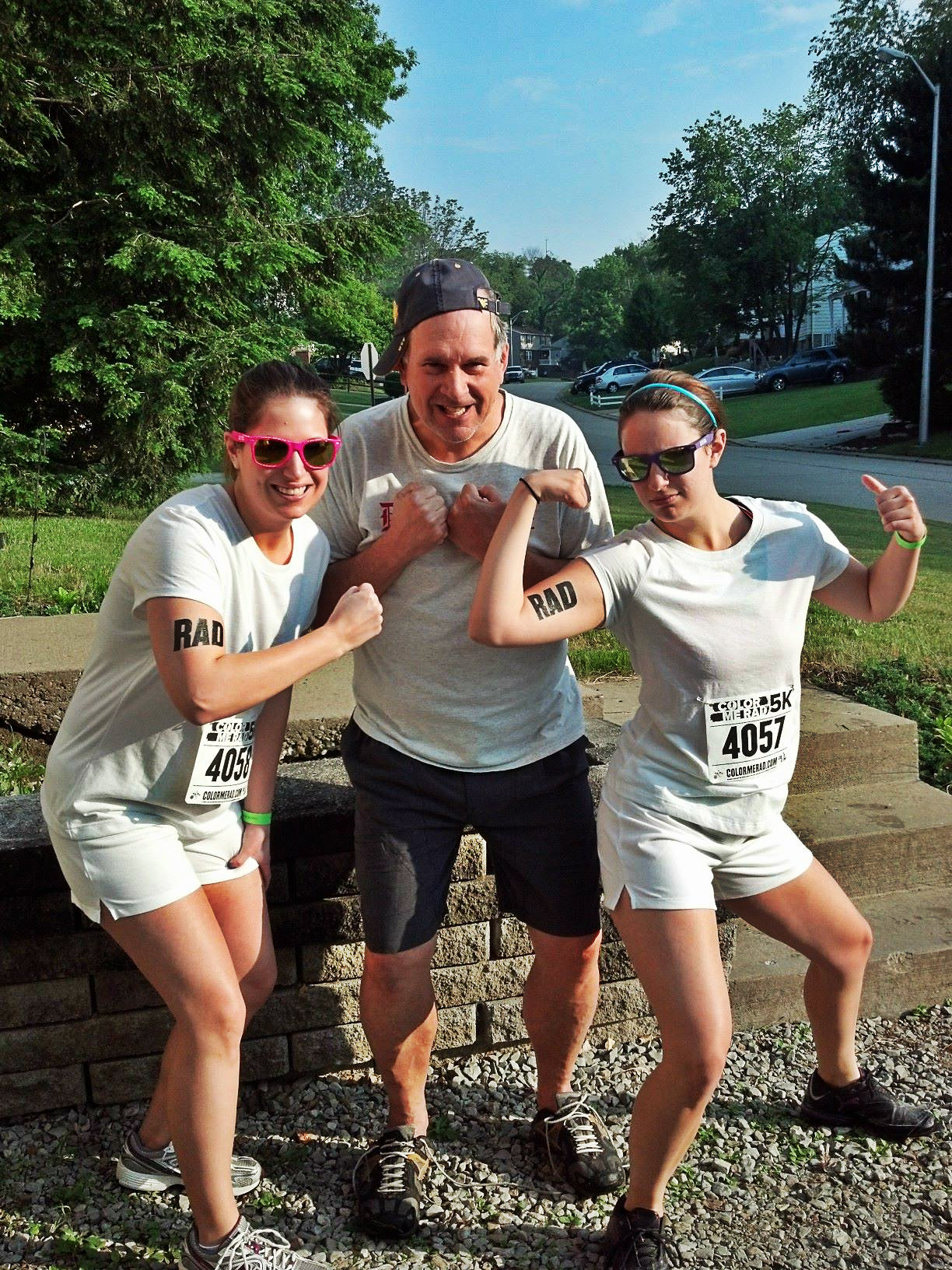 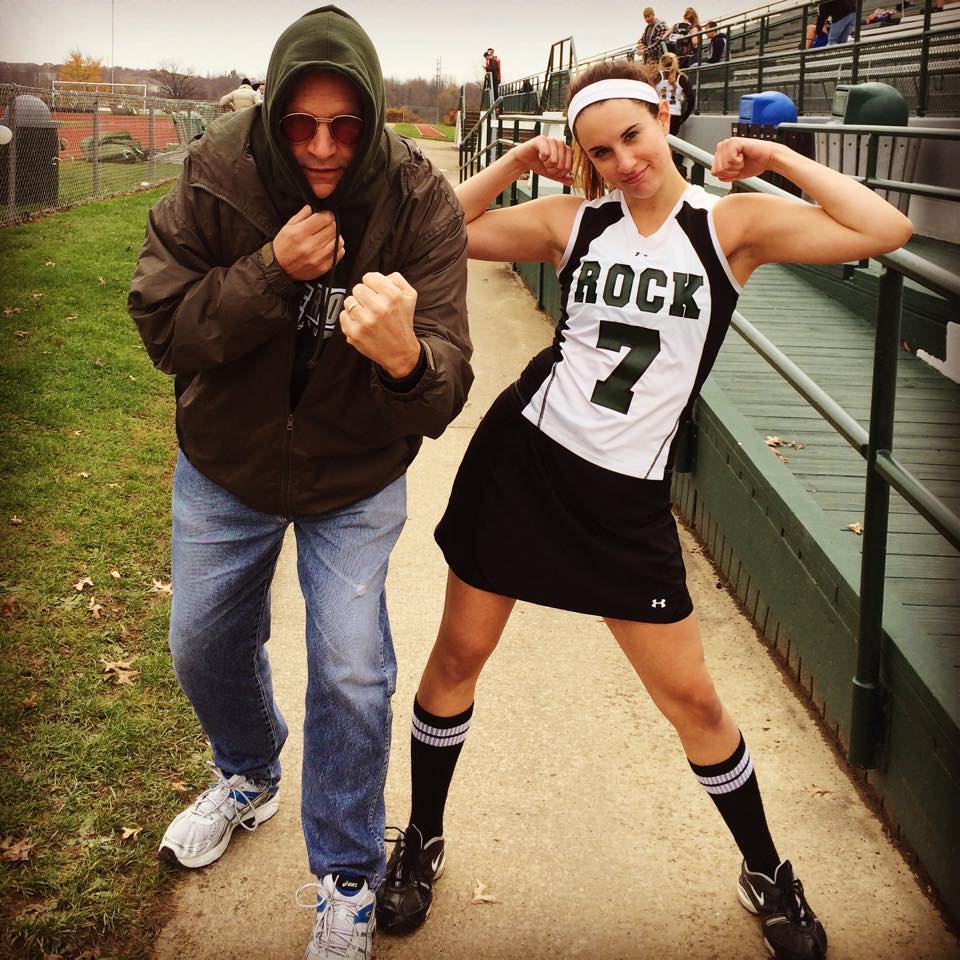 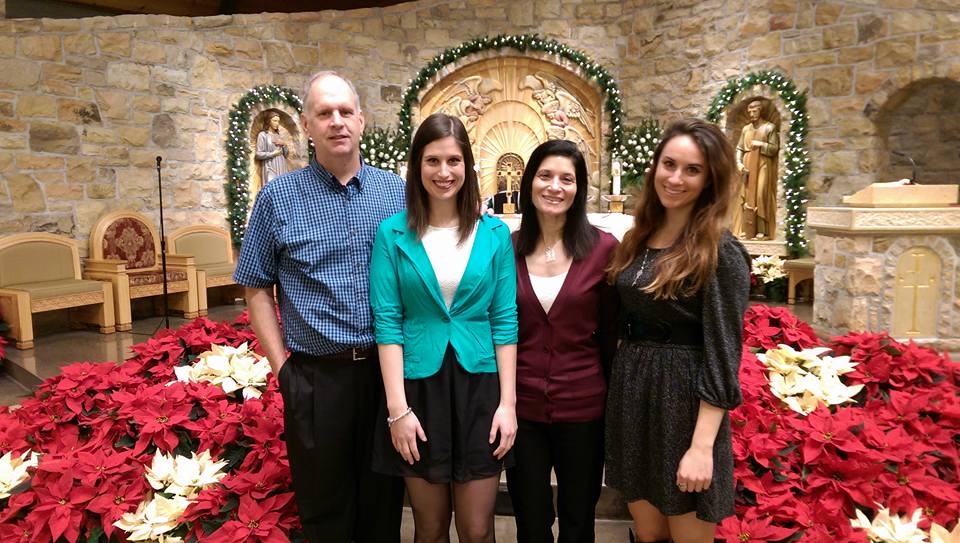 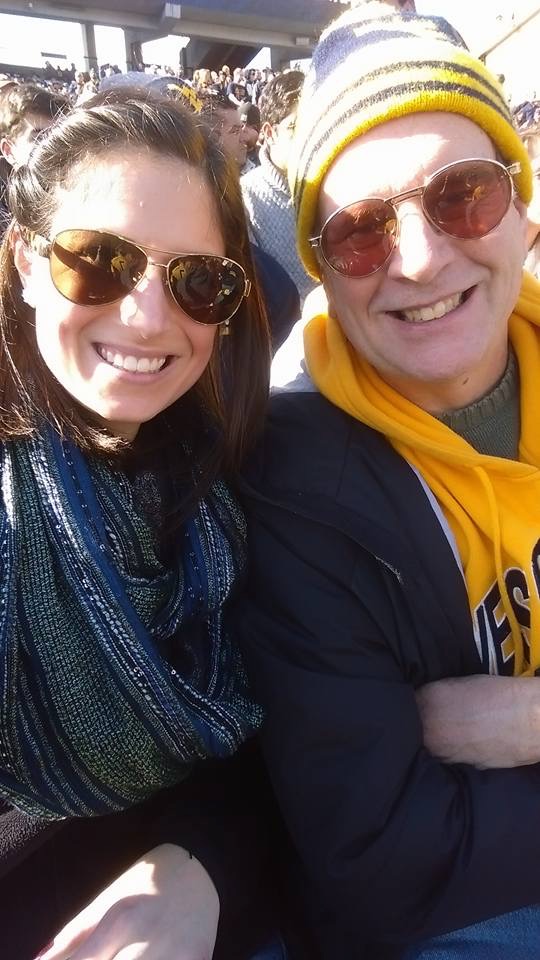