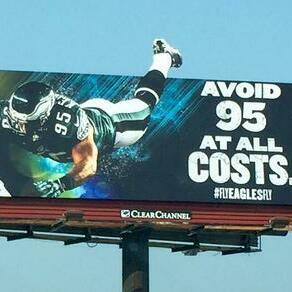 My goals are fairly modest this year. It's been quite a while since I wrote on any kind of regular basis, so I'm hoping to write at least 3-4 days per week. My plan is to draft 3 new short pieces, but we'll see how it goes! The main goal is to have fun and get back to writing.

Writing Sample (from "Pizza Tastes Better Down the Shore")

A couple dozen people waited under the shade of an old oak tree. This was a rotating pick-up so it didn’t have benches or a shelter, but at least we could store our bikes safely. Bringing them along for the whole trip would’ve introduced a layer of complexity that didn’t seem worth it.

Extreme heat was nothing new to those of us who’d been living with it for decades. Still, I made a show of sighing expansively and wiping the sweat from my bald brow with a pocket cloth. A pair of middle-aged ladies waving handheld fans in a futile attempt to cool themselves grunted agreement.

A few minutes later, a mid-sized coffin pulled up. Half a dozen people got out, servants and day laborers employed by the enclave. Only ten people were able to board. Tom and I were too far back in the queue. Thankfully, another coffin came a few minutes later and we managed to squeeze on.

Inside, it was sinfully crowded. All the seats were taken. Nobody volunteered to give theirs up, not that we expected it. We worked our way to the back and found straps to hold.

At least we were getting a senior discount. And we were able to face forward, which Tom preferred. Required, really, to avoid puking all over the place from motion sickness. As for me, I felt a familiar flutter of panic when the coffin started rolling. I focused on keeping my breathing steady.

You’d think after decades riding in driverless vehicles without dying, I’d have gotten over my fears. That I could sit back, relax, and let the algorithms and sensors do their thing. But it creeped me out. I didn’t trust algorithms. It seemed like a foregone conclusion that I’d be the one in a billion to die from a random machine error.

Mostly near-future sci-fi and/or fantasy with social and ecological themes. These days I’ve been fiddling with a new genre, let’s call it “altruism punk.” Good people being good to each other… Because there’s too much of the opposite in the real world.