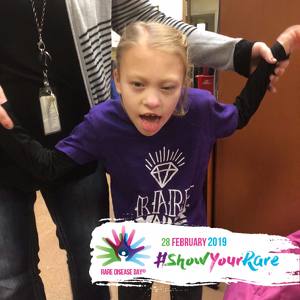 Bree and Hunter are cousins that both have Rare Genetic Syndromes and Epilepsy. They are our Warriors and continue to amaze us every day. We walk with them and for them! 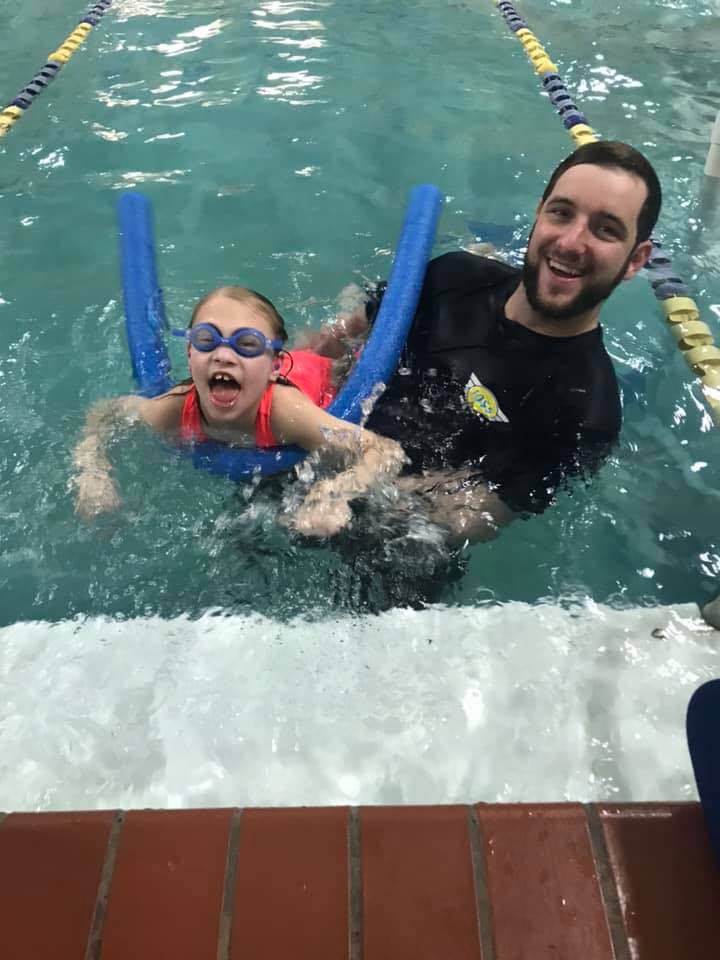 Bree's seizure journey began with us mentioning something to her ENT that we thought she was having seizures but an EEG at Children's in 2015 showed no indication of them.

In Winter/Spring 2017 we were able to video 3 episodes that were stiff/rigid arms, shaking, tongue thrust out, excessive drooling, fixated eyes, abnormal breathing, and vomiting.  The called these Tonic Clonic Seizures.  She was referred for Neurology at Gillette's Hospital and Clinic.  We first met with a neurologist on July 5, 2017.   August 8, 2017 She had a 48 hour EEG.  Bree never had an episode during the test although there were subtle bursts of abnormal activity captured. The EEG was consistent with the risk for focal (multifocal) onset seizures as well possibly generalized seizures.   She was discharged with Keppra and a rescue med.  She had two more tonic clonic seizures in August and September 2017 both resulted in a Keppra increase.  Bree remained seizure free until February 2018.

In February/March 2018 Bree started having what we thought were night terrors.  After reporting the episodes to a doctor it turns out they were myoclonic seizures.  In April 2018, Bree had a 2 hour EEG and during that EEG 2 myoclonic seizures were reported.  We increased her Keppra.  In June 2018 We added a second seizure med, topiramate, and increased her Keppra due to some intercurrent seizures.  Bree went 5 weeks without a seizure!  The downfall to this was the fact that she dramatically decreased her eating and drinking which is a side effect of topiramate.

In July/August 2018 we noticed some random head drops that were intermittent and infrequent.  We did not know what they were but did not feel concerned.  When school started in September 2018we noticed several head drops that were at least 2-3 a week.  We called the doctor and increased topiramate.  By the end of September and beginning of October 2018 Bree started to experience daily head and body drops.  She had several full body drops that resulted in injuries.  Mid October 2018 we stopped the topiramate and added Depakote.  We also started using a drop harness and helmet.  Bree lost most of her independence.  She needed someone with her at all times to "catch' her or "guide" her if she had a drop.  In November of 2018 we increase the Depakote again as she was still having 10-15 Atypical Drop Seizures a day.  In February 2019 Bree had an EEG and met with a Neurologist that is an Epitologist with Minnesota Epilepsy Foundation.  This visit was amazing!  Bree was diagnosed with Lennox-Gastaut Syndrome.  This is a rare syndrome with hard to treat seizures.  Our Rare Warrior Princess has another rare syndrome! She also has a diagnosis of POGZ Gene Mutation- White Sutton Syndrome.   The LGS diagnosis was bitter sweet for us....we were finally able to get an answer as to why Bree's seizures seem to keep changing once we treat them....but we also have a new lifelong fight to something that has no cure.  Bree has started a new seizure medicine called Onfi....with this medicaition we have been able to reduce her seizures to 1 a week.  Unfortunately the Onfi comes with its own side effects that we have to deal with....exessive drool and sleepiness.  We are currently trying to dial in the dosing to allow the seizures to stay at bay and still keep Bree alert during the day.  This seems to be a fine line to balance.

Hunter had been battling with developmental delays and doctoring for several years seeing different specialists and doing genetic testing. On October 30th, 2017 we finally got news of why he was having the struggles that he was having! He has a rare genetic disorder called Syngap1 Gene Mutation which describes Hunter to a T. This is what causes all of his delays, speech problems, etc. and we also found out that seizures are common for people with this gene mutation. On October 31, 2017 Hunter had his first noticeable seizure at school and then again Thanksgiving. We were referred to the Minnesota Epilepsy Group for an EEG and follow up of what we had been noticing. Hunter's doctor had informed us that he has dealt with a few other kiddos with this same gene mutation and it surfaced around 2009 so they don't have a ton of information on it. He recommended Hunter start a seizure medication because with this mutation, the seizures will eventually happen and become more frequent it is just a matter of when that happens. We started the medication and had not noticed any other seizures unil April 9, 2019 and again April 22, 2019. There were several other instances in the weeks prior to this where his teachers were concerned that he may have been having mini seizures. We contacted our doctor at the Minnesota Epilipsy Group and he had us set up another EEG and follow up appointment as well as increased Hunter's medication dose. Since we have increased his medication we haven't seen anymore seizures and the doctor is confident that nothing had changed with his seizures, he just outgrew the old dosage.