I'm not sure I could tell you when I first encountered Shakespeare: not when, not how (the stage or the page?!?!), not even the play (or could it have been a sonnet?). My father was a university-level drama teacher and director. I was a voracious reader. Was it seeing a performance of my dad's treasured "The Taming of the Shrew"? Was it reading the play before I did so? Or was it perhaps a show for which he was the propmaster or lighting designer? Somewhere between these facts lies the answer, yet it's one I'll probably never find.

But it doesn't matter. I found him, and he's been a constant since then. Before I became a confident poet in my own right, I'd shared his sonnets in my own feeble attempts at wooing. Snug in one of the hallowed seats of the Barbican, I've seen the RSC's "Richard III." During a strangely hot London summer, I was a sweaty groundling for "The Merchant of Venice" at Shakespeare's Globe. I've chased the Bard through parks and glens, contemporary movie adaptations and faithful stage representations. I've performed iconic scenes of his at dinner theatre mash-ups in an Irish pub in Texas. I've declaimed some of his best speeches at a bilingual staged reading commemmorating a volume of his translated work at a university in Paris.

He was even here to welcome me when I first relocated to New York City. A September weekend, a Shakesbeer Pub Crawl, and an afternoon of broken-fourth-wall, in-your-face, performances-so-palpable live theatre affirmed my decision to move to the Big Apple. I was where I was supposed to be, and the Bard confirmed it. Fast forward to now, and after being a loyal audience member to the work of the New York Shakespeare Exchange, there came a call to do more--they needed volunteers for their Momentum Council. Without hesitating (and without much thought, either) I volunteered. I didn't know how I could enhance the company, or what I could bring to the table, but I knew I wanted to be involved. NYSX brings together so many things that I love about the theatre (and art and literature more broadly): education (as a former French instructor, I used theatre as a way for students to connect with the language); community (imagine the friends you can make after four pints and four raucous scenes of Shakespeare and the collective HUZZAH!); and performance (who among us doesn't want to be energized and feel connected to a play unfolding all around us?).

In so many ways, especially in the US, I feel we're taught to fear the arts and literature. It's often made out to be stuffy and hard, something we're meant to appreciate at a distance. But it's not. It's vital, and alive, and relevant. It can be savored. It's supposed to be handled and grappled with. You're meant to react and feel and question and watch it all over again, knowing full well you'll likely react and feel and question again, but differently. And do all of this with those around you. NYSX opens these possibilities with every performance and sonnet film and community project we do. I know I'm just now starting to become a part of this, but I believe in it. And I hope you'll be a part of it, too. 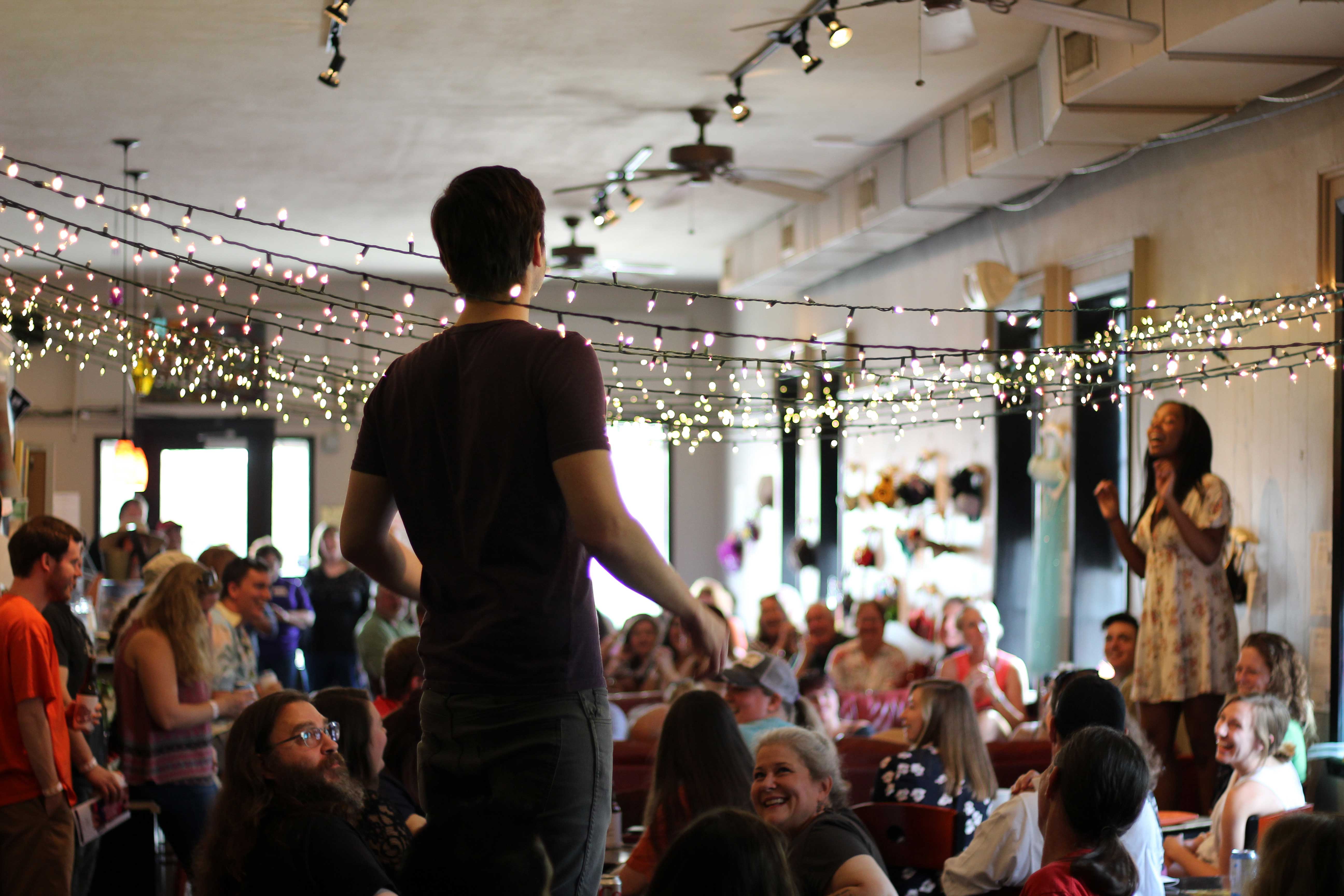