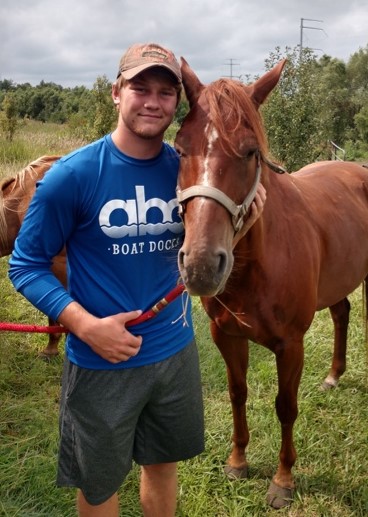 There are no sponsors for this event.

Until Reed Dickey, 19, and his parents, Mike and Andrea, reached out to Brain Injury Alliance of Nebraska, they struggled to find resources to help Reed after he sustained multiple concussions at a high school wrestling match in December 2018.

While wrestling at a tournament in Iowa, Reed sustained multiple hits to his head, causing a brain injury. After the match, a teammate realized something was wrong and notified an adult.  Reed needed accommodations to finish his senior year of high school.

His dad, Mike explains, “Reed was sleeping for 20 to 22 hours a day for the first month after his injury. I googled concussions and the Brain Injury Alliance of Nebraska came up.  It was full of information and answers. Their staff met with us and shared resources that have helped guide us in planning for Reed’s future and his return to the classroom.”

After high school, his goal was to attend college and play soccer.  Reed continues to have pain, chronic fatigue, irritability, and debilitating headaches and still attends regular outpatient therapy two years later.  While attending college was no longer in the cards for Reed, his family has been able to adjust so he can work for, and hopefully eventually run, the family business. 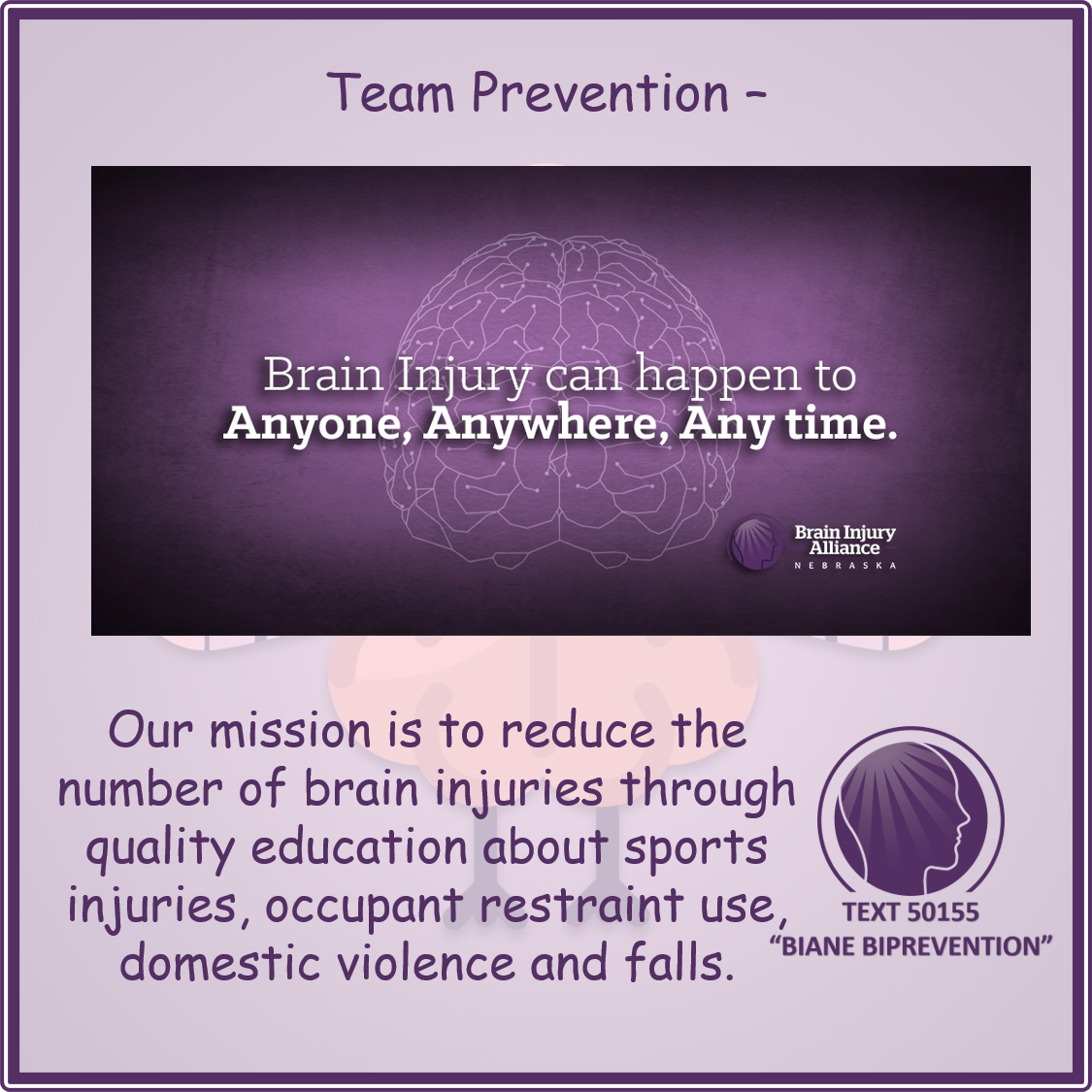 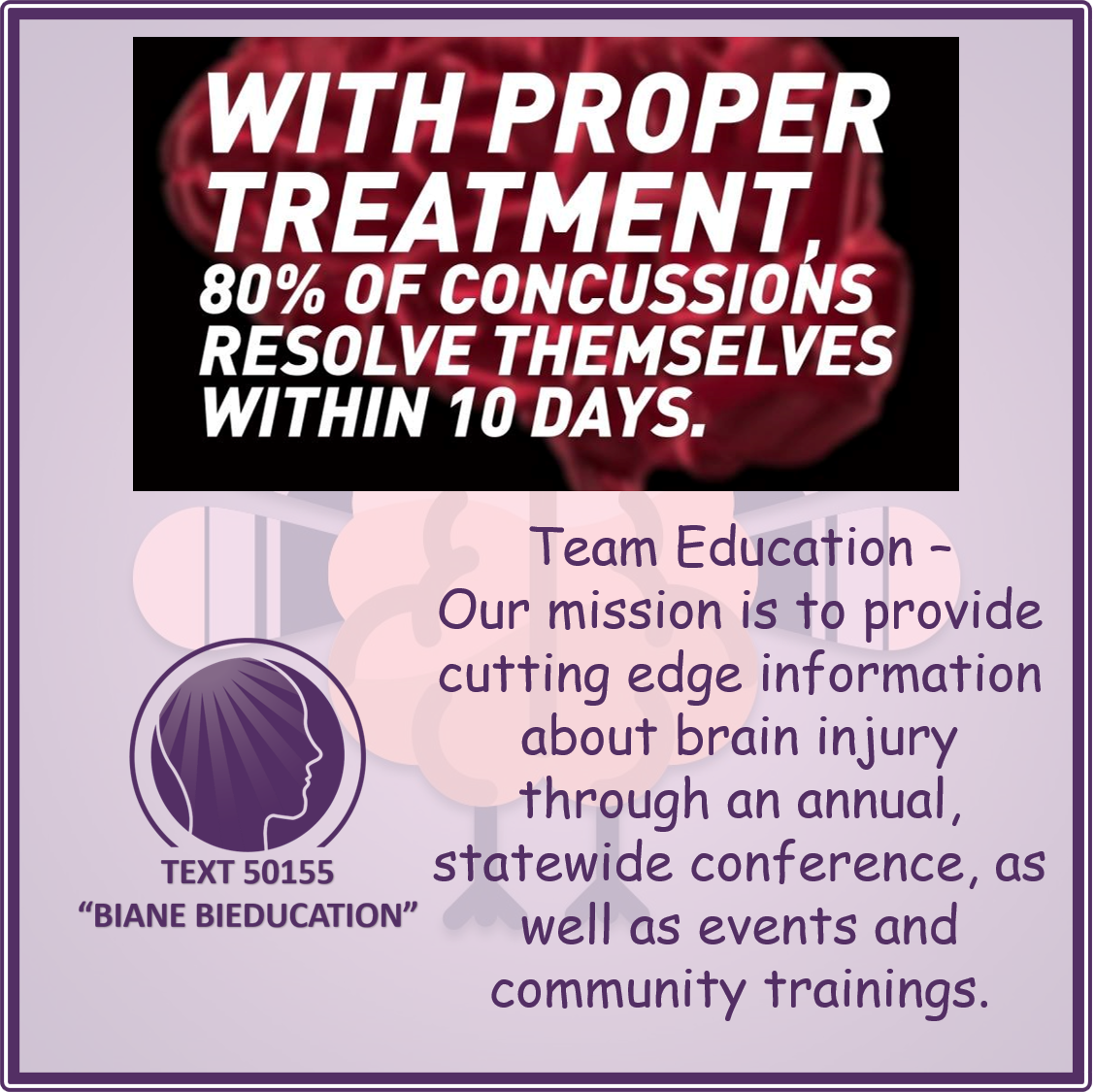 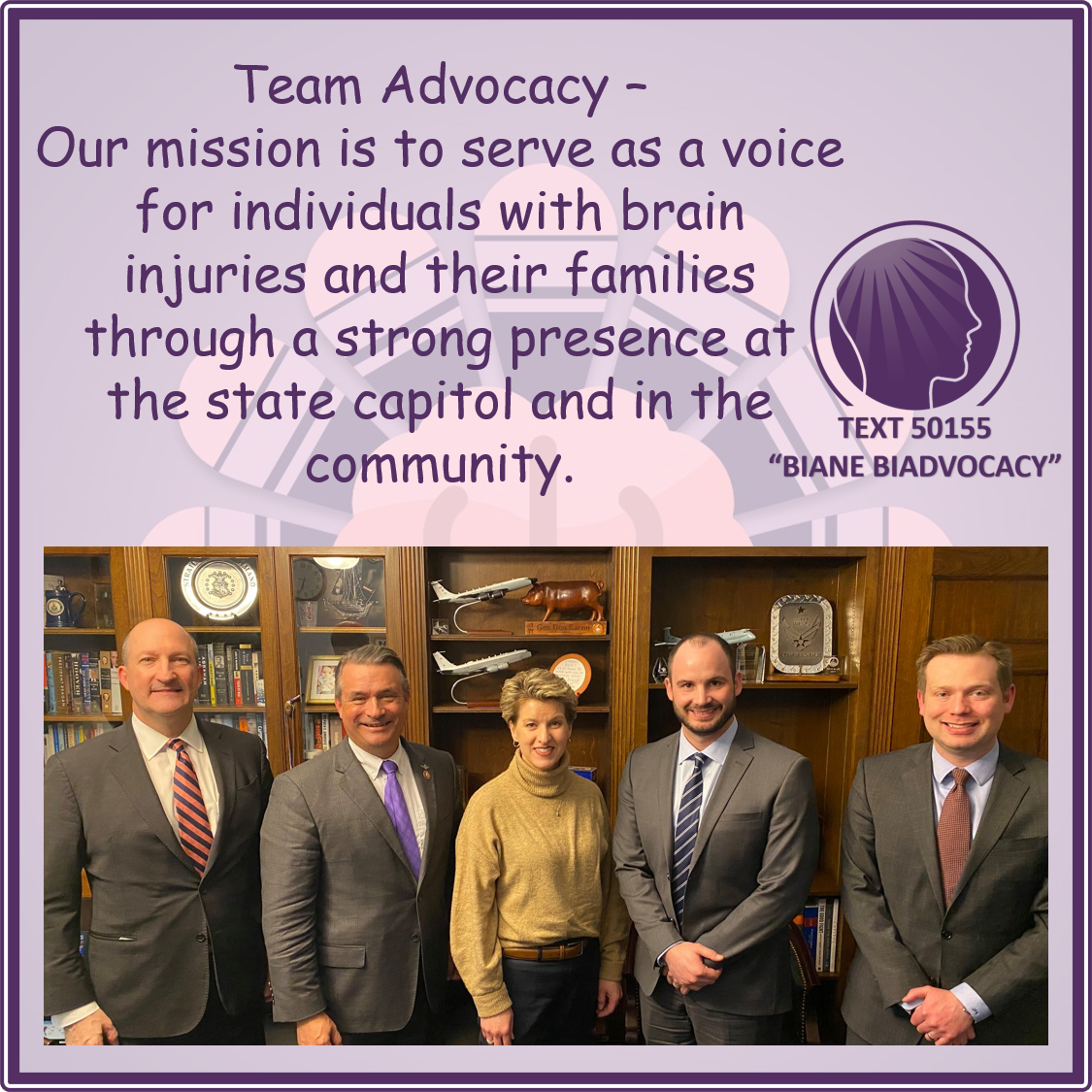 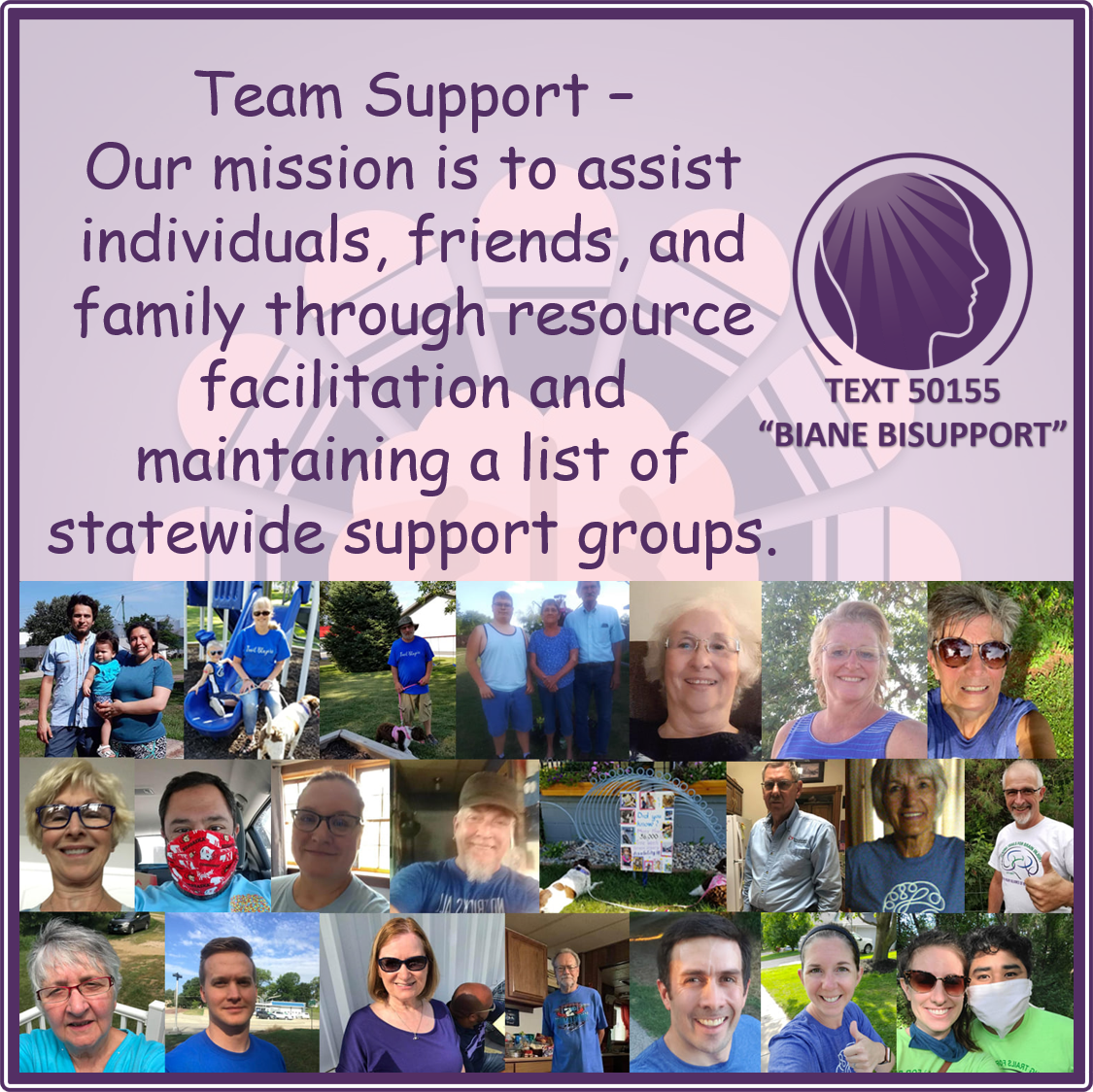 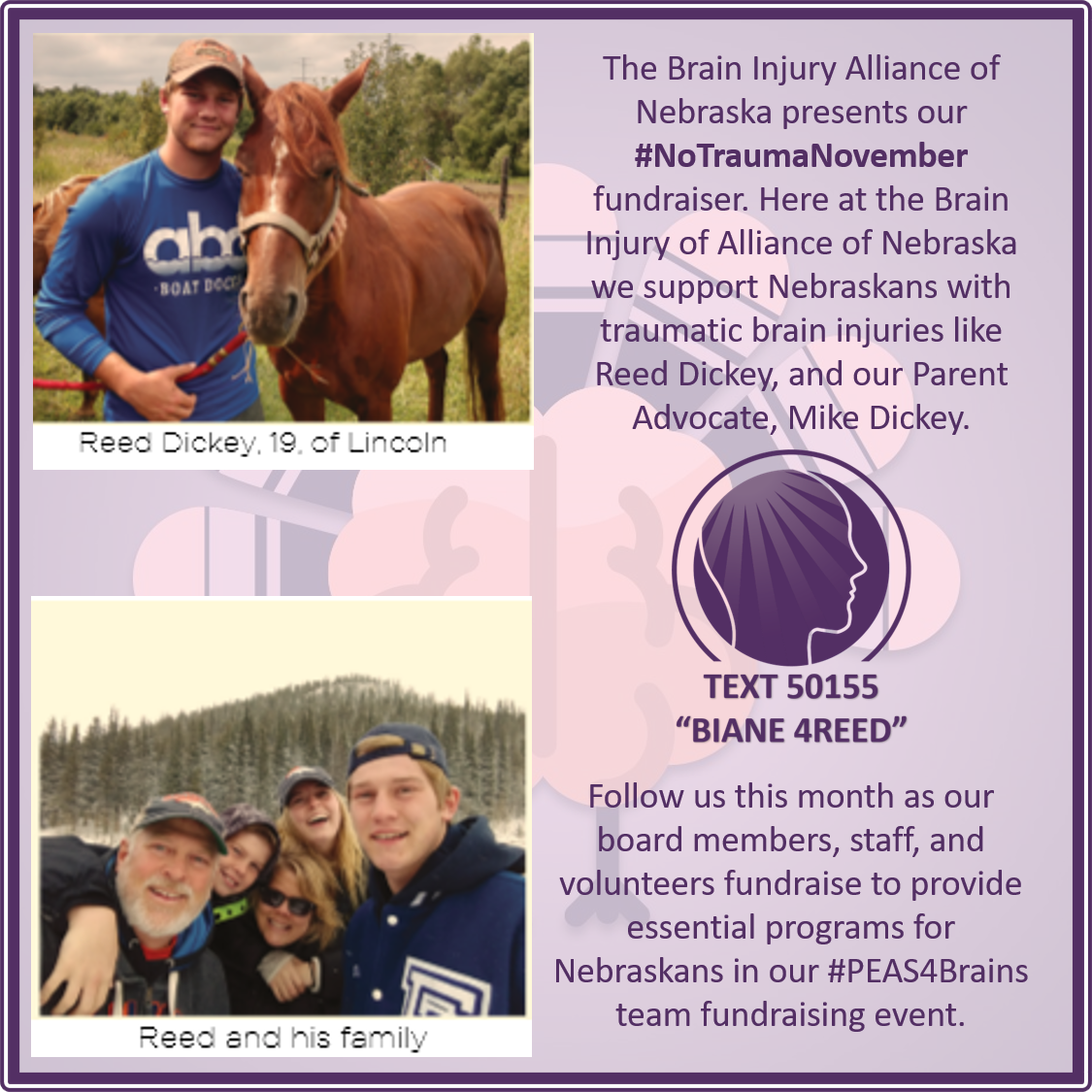